I’m back. I’ve just been thinking for two months about how to write through this pandemic without stirring up more fear or anger. And then I got help–from the voice of a shaman.

I refer to José Stevens, PhD, cofounder with his wife Lena of The Power Path School of Shamanism in Santa Fe. José trained for 10 years with a Huichol shaman in Mexico and thereafter with shamans in the Amazon and Andes. He is a renowned international lecturer and writer, his wife a trained shamanic practitioner herself.

How odd to find a timely perspective from a source so ancient, and I’m not referring to Jose’s age.

Shamanism is a spiritual practice that began to develop an estimated 40,000 years ago. It endures to this day among communities that are closely connected to the natural world and whose shamans serve as healers and spiritual guides. So how could a shaman be an important resource for civilization at its peak? But first, I should explain how I learned about this resource. 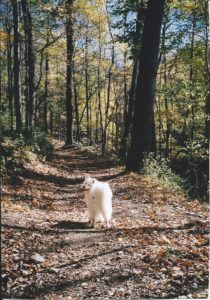 That story began over 20 years ago while walking in the woods of Tennessee with my Samoyed, Cassie. I began to awaken to an animated natural world. Over the ensuing years, my fascination with what I saw and heard there led to a study of shamanism and also a related memoir, Lizard Diary. Soon after I moved to Santa Fe in 2005, I connected with the seminars and monthly forecasts of The Power Path School of Shamanism. Both have been wonderful and timely resources over the years. Now back to the moment.

In my reference above to “civilization at its peak,” I used the term “peak” lightly. At the moment, humans are engaged in many ways and on many fronts that suggest backsliding, and our study of millennia of history has revealed the way that peaks are typically followed by crashes. On top of that, observation of the moon and its influences has inculcated us into the concept of cycles. Is our peak over, a cycle coming to an end? Could the conditions created by COVID-19 cause the decline of civilization?

Not necessarily, according to the shamanic perspective of José Stevens. “Is it too much,” he asks, “to contemplate the coronavirus as a powerful ally for humans at this critical time in our evolution?”

THE OPPORTUNITY OF THE MOMENT

I discovered this question just a few days ago in an article by José published on March 18, the day before we surpassed 10,000 cases of COVID-19 nationwide. Eight days later, we had become the world’s most infected nation. As the tumult intensified and the possibility of economic collapse began to manifest, no one else seemed to see anything positive whatsoever in COVID-19. After all, in our media-driven world, a calming perspective does not get a lot of play. We prefer drama.

So what is an ally? As José explains, the shamanic perspective is that we encounter all kinds of allies along our life path who serve as teachers and healers. However, there can also be invisible spirit guides and allies manifesting as plants, animals, and minerals. In addition, he points out that there are places like springs, mountains, rivers, etc., as well as elements like lightning, thunder, wind, water, earth, and fire with which we have special relationships.

Of course, you might never be aware of the like unless you were paying attention. This awareness emanates most often in the natural world, with which we seem to be losing touch moment by moment. It is by paying attention there that we may, in fact, invoke interaction.  I will never forget one morning on a trail when I seemed to hear a voice saying, “Oh, good. We’ve got a live one.” With Cassie as guide and teacher, I had become an acute observer. 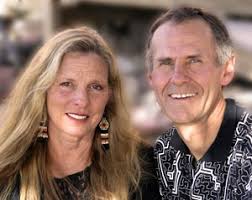 In the case of COVID-19, José wrote that he had received the message that part of its mission was to “help us process the grief built up over many generations of humans warring, attacking, hurting, and betraying one another,” and it was time to “move on in mass toward our destiny as fully awakened beings.” That is a very uplifting idea, but I can’t imagine hearing it anywhere.

This concept is more arresting in print. Upon seeing it, readers may respond because they know in their heart of hearts that we can’t keep going on as we have been. The weapons are too dangerous, the damage we’ve done to the environment too great, and we’re too fixed on values and goals that are ultimately self-destructive. As I wrote in an earlier post, it’s like COVID-19, under the direction of Mother Earth, has sent us to our rooms until we can come out and be good.

“Is it too much to contemplate the coronavirus as a powerful ally for humans at this critical time in our evolution?” That question by José Stevens turned my perspective on  COVID-19 on its head. I had been looking for some way to escape all the discord it has created, but I could never have imagined it as an ally. That suggestion is a gift, a new way of looking at things that could possibly be transformative. This would result from the development of a new attitude among humans, and I will explore that effect in future posts. The exciting prospect, however, is that a better attitude could take humanity’s evolution to a higher altitude. Isn’t it time?

7 Responses to “A New Perspective on COVID-19”