I am all for censorship–of a certain kind.

Two recent letters to the editor of National Geographic  inspired this post on censorship. The tone of both was angry and mean-spirited, a quality of voice that seems to become increasingly common in contemporary communication. It shows up on television, among blog comments, in cyber bullying on Facebook, in Twitter abuse, and among all the ways that people now have of verbalizing the dark side. I haven’t been a victim of it, but I’m really getting sick of the trend. 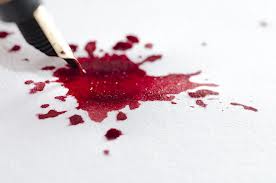 The letters in question commented on an article, “The Last Chase” by Robert Draper. It was about the day in October last year when a freakish tornado killed storm chasers Tim Samaras and his son. One writer condemned the tragedy as caused by “Irresponsible, glory-and-attention-seeking.” Another referred to Samaras as an “adrenalin junkie.”

The writers were voicing narcissistic outrage, as in “How dare you publish an article that is not of personal interest to me?”

I felt the urge to respond heatedly: “You understand, don’t you, that Samaras and his son died in the effort to collect data they thought would protect others? Couldn’t you tell from the article that they were greatly admired and respected, that they left behind many people grieved by their loss? Have you considered that some of those people will be further hurt by your comments?”

I would have liked to conclude by saying, “You’re just arrogant, insensitive creeps who should have kept your thoughts to yourself.” But that would take me down to their level, wouldn’t it? I want to elevate the conversation, not thrash around in the verbal mud myself.

Editors probably feel obligated to publish a range of comments, but they could raise the bar by focusing on courteous differences of opinion. In this case, I fantasized the magazine’s decision to send the men checks with the balance of their subscriptions that they could invest in publications more to their liking. Sort of like saying, “Screw you, a . . . . . . .” No, not going there. But you can see how inviting that is, and that’s the problem.

Again, the righteously outraged tone of the letters is apparent everywhere. After all, the way to get press and TV time is to create conflict, to be obstructive, abusive, and trashy. As Oscar Wilde once said, “Nothing succeeds like excess.”

Anyone who is a celebrity even for the good can become a victim of inexplicable attack. By accident I discovered on Hulu a site that is devoted to Twitter assault. George Clooney, Jon Hamm, and a beautiful young woman I didn’t recognize stood facing the camera as they read abusive tweets they had received. Their expressions registered puzzlement, and with good reason. The messages didn’t cite a particular grievance. The content was along the lines of “I hate you just because you’re you.” Obscurity must be looking better and better.

There is evidence of ignorance and mental instability in the meanness that travels the Internet. Words are misspelled, the phrasing is sometimes incoherent, and the punctuation is often bizarre. If you believe, as I do, that some people should not be seen or heard, there is ample justification here.

And I also really miss the humor that could leaven at least the toxic political discourse abroad. I am in perfect agreement with humorist Dave Barry:

“Must we stereotype those who disagree with us? Do we truly believe that ALL red-state residents are ignorant racist fascist knuckle-dragging NASCAR-obsessed cousin-marrying roadkill-eating tobacco juice-dribbling gun-fondling religious fanatic rednecks; or that ALL blue-state residents are godless unpatriotic pierced-nose Volvo-driving France-loving left-wing communist latte-sucking tofu-chomping holistic-wacko neurotic vegan weenie perverts?”

If Barry, a libertarian, can handle this problem in a way to make us all chuckle, then there is hope. And also, if everyone in charge of letting voices be heard would start filtering out more of the verbal sludge and give the limelight to wit, eloquence, and depth, that would be SO wonderful. The pursuit of quality is in reality a form of censorship. In this regard, I am all for it.

5 Responses to “A Plea for Censorship”