I am referring above to the project being undertaken near Farmington by Enchant Energy, a New Mexico-registered company. Its goal is to acquire the San Juan Generating Station (SJGS) near Farmington in northwest New Mexico and install state-of-the-art carbon capture equipment.

The fuel for the plant is coal, which emits more carbon dioxide per unit of energy produced than nearly any other fuel source. Enchant Energy intends to reduce emissions from the plant to the lowest in the western US. If everything works, it will be the largest carbon capture coal power plant in the world.

THE SOURCE OF OPPORTUNITY

Farmington is a community of only about 45,000 people. It is located in the Four Corners area of the United States where the boundaries of New Mexico, Utah, Colorado, and Arizona meet. Beautiful landscapes distinguish the area as well as the cultural influence of Navajos, Utes, and Jicarilla Apaches.

The primary industries in San Juan County are the production of petroleum, natural gas, and coal. Farmington’s fortunes have fluctuated with unstable demand for these fuels, and a new challenge presented in 2019 with the passage of the Energy Transition Act (ETA) under Governor Michelle Lujan Grisham.

The ETA obligated the state to be fully powered by clean, carbon-free electricity by 2045. The San Juan Generating Station is owned by PNM, the state’s largest electricity provider. Believing that it did not have the ability to reduce emissions there to the required level, PNM decided to let the plant go in 2022. At risk were 1,600 jobs, important tax revenue, and low electricity rates for everyone in the area.

Then in came Enchant Energy. Near the end of 2019, Enchant arranged with the mayor of Farmington, Nate Duckett, to acquire a 95% interest in the plant (Farmington will retain 5%) when PNM releases it. Enchant plans to reach its emissions goal by 2024 at the latest. Is the project they have conceived a “pig in a poke” as one think tank critic said, or do they have something unusual going for them? 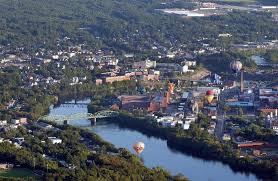 “Enchant” is kind of a soft word for an energy company name, but it comes from New Mexico’s nickname, “The Land of Enchantment.” There is much about the state’s landscape and culture that is enchanting, and it has had an historic appeal for creative people who tend to think out-of-the box. Such is the case in the development of Enchant’s management team.

The two founders, Lawrence Heller (chairman of the board) and Jason Selch (chief executive officer) have been professional investors in the energy industry for nearly three decades each. (Selch founded the hedge fund that owns Enchant.) They have chosen as their chief operating officer Peter Mandelstam, who committed to becoming an environmentalist back in 1989. He has 28 years of experience as an entrepreneurial developer and advocate for renewable energy and has held positions in four land and offshore wind development companies and two solar companies.

Mandelstam is catching it from his environmentalist friends over his new role. Coal is seen as a “dirty” fuel that should be banned worldwide. Sustaining its use even with carbon-capture technology is seen as creating “a moral hazard,” making it impossible to wean ourselves off of fossil fuels as quickly as we need to in order to curb climate change.

Mandelstam makes two major points as he engages publicly: (1) Carbon capture is essential until the country is able to go totally renewable. (2) Renewable energy cannot provide a secure flow of electricity, so until batteries can be developed to store energy, we need to focus on ways to reduce or eliminate carbon emissions from essential sources of power.

Going personal, Mandelstam defends his new role in two additional ways.  “This is the most important work I can do,” he says, “which is to take existing legacy coal plants and decarbonize them.” And also, with respect to all the wind and solar he has been involved in, “none of it keeps the lights on.”

This collaboration between long-time energy investors and a developer of renewable energy may well be unprecedented and suggests a perspective that could be uniquely successful in addressing the carbon factor in climate change.

AN EVEN LARGER PICTURE 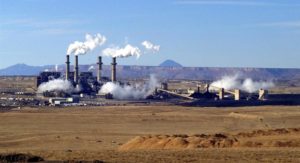 As one reviews this development in Farmington, the hint of philanthropy in Enchant Energy’s proposed rescue of the San Juan Generating Station is comforting. However, when you look at the careers of Heller and Selch as energy investors, it seems likely that they have further long-range financial ambitions.

There is only one other carbon-capturing coal power plant in the United States, Petra Nova in Houston, which went into operation in 2017, and it is much smaller than SJGS will be. Altogether there are 86 coal-powered plants in the US, and if the carbon-capturing technology can be perfected, there will probably be a high demand for installation, provided combating climate change remains a significant cultural goal.

But the need for such technology here shrinks enormously when compared with the potential demand worldwide. After all, as Akshat Rathi pointed out in a lengthy article in Quartz.com, (a business-focused international news organization) 40% of the world’s electricity is provided by coal. At the same time, a billion people lack electrical power, and vast coal reserves, especially in India, have not been developed.

The founders of Enchant Energy are fundamentally capitalists, and they are surely aware of even further ways to create wealth from mitigating the carbon factor in climate change. In fact, their plan is to transfer carbon dioxide by pipeline to oil industry customers in the Permian Basin. CO2 has long been used as a way of flushing oil up and out of depleted wells. As Rathi put it, this is an example of the way carbon dioxide can be converted from a liability into an asset. Perhaps this idea will spread.

Enchant Energy’s critics were most vocal before management announced the other companies that will partner them in this undertaking. Last month, Enchant named them:  Mitsubishi Heavy Industries America will provide the technology, and Kiewit Power Constructors Co. and Sargent & Lundy will handle engineering and procurement and serve as construction contractors.

At the same time, Enchant announced that an independent assessment by Los Alamos National Laboratories of a pre-feasibility study by Sargent & Lundy was reassuring. As Mandelstam put it, “This report positively addresses many of the concerns that have been raised by those critical of the project.”

Of course, it will be two years before Enchant Energy can actually acquire the San Juan Generating Station, and anything can happen in the meantime. The preliminary estimate on construction is $1.3 billion, which compares with the $1 billion Petra Nova project. Of the latter amount, $190 million came from the U.S. Government. Whether Enchant Energy can count on such support seems to be unknown.

So there you are, the story of the way the small community of Farmington, New Mexico, has ascended in importance. The Enchant Energy project is idealistic, financially ambitious, and could inspire other similar ventures worldwide. Farmington may enjoy not only a new prosperity but also enormous pride in the part they will play in changing the course of history.

3 Responses to “A Star Rises over Farmington, New Mexico”