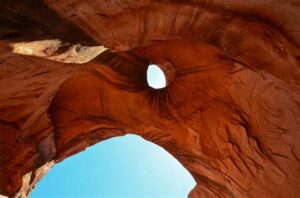 Sometimes I wish I weren’t quite so observant.

A WALK THROUGH CHANGE

As I ramble around Santa Fe, what I see in the downtown area where I live is evidence of the flood tide of change that must be emptying spaces all over the country.

Santa Fe has long been a wonderful tourist attraction with its rustic architecture; museums; art galleries; and the mingling influences of Native American, Spanish, Mexican, and Anglo-American culture. In addition, residents and visitors have enjoyed wonderful shopping, dining, theater and the opera, outdoor historic celebrations, and on and on. In the moment, however, there is evidence of the emptying mentioned above.

Many of the galleries on Canyon Road have closed, as have many shops downtown and in the areas beyond. The restaurants still open are cutting back on hours, and “For Lease” signs are popping up daily, including among empty offices in the medical center area. Of course this is largely the result of the pandemic. However, there may be a more important cause that could also represent an epic opportunity. To address that, I will begin with a question:

HOW OLD ARE YOU?

I, personally, at age 76, am on the leading edge of the baby boomers, that unprecedented explosion of births occurring after the end of World War II that created an extremely powerful generation. It began in 1946 and ended in 1964 resulting in a total of 76 million boomer births. By 2012, 12 million had died. However, according to the Census Bureau, immigrants of boomer age have caused this generation to inflate again to 76.4 million.

In 2011 about 12 million boomers reached the age of 65. Although this could seem like a huge crowd heading toward the exit, they–and all the enduring boomers–may yet have a very important role to play. This is because they are gifted with a “long view” of domestic history that could prove to be a blessing for us all. That view is of the meteoric rise in technology that has transformed our world.

To review that meteoric rise, I am providing the dates of some important developments that fueled the launch. They begin in 1974 when the last of the boomers to be born were only 10 years old. It would be years, however, before these young people tuned into the huge developments afoot in the world of technology. According to the National Center for Education statistics, 2016 was the first year that data on internet access via computer was collected on 3-18-year-olds. In that year, 87% had access. By 2019, that figure had risen to 95%. So here are the key points by year:

1989  The World Wide Web and HTML were invented.

Now, let’s turn to the matter of capitalism in general.

THE NEW BEGINNING WITH “Z”

Zuckerberg’s name begins with the letter “z”, which is of course at the end of the alphabet. However, it is here associated with a new beginning. He was only 21 when he launched Facebook in 2004. Here are some important markers that ensued:

2008   Zuckerberg joined the Forbes list of the wealthiest Americans. He was 23 years old. In that year, and according to Forbes writer Rachel Sandler, 9% of America’s wealthiest people had made a fortune in the tech industry. Over four years, Mark Zuckerberg’s net worth had risen to $1.5 billion.

2021   Again according to Sandler, by this year, 20% of the nation’s wealthiest people have made their fortune in the tech industry. She writes that “Their collective net worth has ballooned from $272 billion in 2008 to a recent $1.75 trillion.”

THE GOLDEN AGE OF TECH HAS ARRIVED

But will it endure?

“Well, duh,” some might say. “I sure plan to ride the golden pony to the end.”  After all, it seems that the pursuit of wealth has always been a popular American ambition. In fact, in that regard, years ago I humorously titled a post “The United States of Amoneyca.” 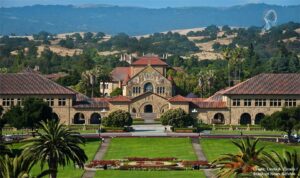 In fact, young people have begun to select college degrees in part on the basis of earning potential. Not me. I always just assumed I would become a teacher, and I pursued a degree in English at Stanford University for that reason. My first job teaching freshman English at an El Paso high school paid $300 a month. Wow.

Things have changed. I thought the liberal arts were Stanford’s great strength, but guess what field the most popular degrees are in now: engineering first and computer and information sciences second. Of the 1,892 degrees awarded in 2019, 690 were in those two fields. Only 50 were in English language and literature. You can look at the range here. I think I would be really out of my element on campus today.

Now let’s look at the starting salaries associated with degrees nationwide. The source is a study by the National Association of Colleges and Employers (NACE). The statistics appear in an article in Fortune magazine by Chris Morris. As you can see, the highest is in petroleum engineering at about $88,000 followed by computer programming heading down to a low of about $73,000 in related fields. Overall, according to NACE, the average starting salary in 2020 was $55,260. A salary for beginning English teacher is not included.

If boomer readers are looking at this information relative to young people in their lives who are trying to plan for a prosperous future, it is obvious which fields are most financially promising–or have recently been so. But as I said in the beginning of this post, we seem to be trying to navigate toward high ground on a flood tide of change. Because of their long view of history, boomers may imagine the possibility of a crash on shore. It has, after all, happened before.

And there may also be a rather hidden population of people who are watching like eagles what is going on in real time and before their eyes rather than on screens, in news media, and in books. Do they hope for the Golden Age to endure?

Clearly, I have a lot more to say about this, but I think it’s time to pause. I don’t want to wear readers out in the moment, and I need some time to think on my own. Perhaps we all  do.

3 Responses to “All the Empty Spaces”