Religion is never the problem; it’s the people who use it to gain power.

Julian Casablancas of “The Voids” 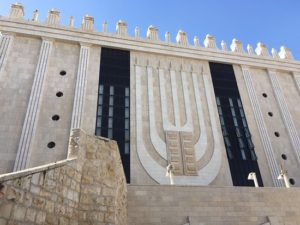 As I began to work on a new post on my experience with shamanism, I felt the need to respond to an imagined, critical voice. “But this is a very primitive form of spirituality. We’ve moved way beyond this.”

Ironically, I felt the same discomfort in Sunday school class when I was a child. My parents weren’t into church, but I had friends who were, and I sometimes accepted invitations to join them in Bible study. I found the whole thing very odd, I mean being instructed through stories about people who had lived a very, very long time ago and mostly herded sheep.

But here I am writing appreciatively about shamanism, which is of even more ancient origin. There is evidence that it could be 20,000 years old or more, so in what way could it be more appealing?

I will respond by sharing a quote by José and Lena Stevens, founders of The Power Path School of Shamanism (which I have not attended) in Santa Fe:  “Throughout history shamans have possessed the powers to journey deep within themselves to tap the universal source of information and wisdom. Bypassing the stumbling blocks of the outer, material world, they perfected techniques of communication with the innermost world of the spirit in order to find answers to pressing questions, foretell the future, and achieve profound understanding.”

I came to this practice by the synchronicities I described earlier when a big change in my life had left me in need of guidance. I learned to journey as described above in the company of Lizard, who had been identified as my power animal. He was a rather outrageous masculine personality who could take any reptilian shape or size, from mythical like a dragon to prehistoric like a dinosaur, and costumed in whatever way struck his fancy.

My first journey with him was in a group situation. It was led by a shamanic practitioner and included three other women, two therapists and an artist. We had eased into an altered state through ritual and drumming, and I rode on Lizard’s back as he flew down a tunnel deep into the earth. There were chambers in the wall along the way where three dragons were at work. One was forging, another was sculpting, and the third was cooking a gourmet meal. Each was using himself as the material of his creation. The forger was hammering his essence into a weapon, the sculptor was delving into his own body for clay, and the chef was plucking big, blue, egg-like warts off his body and cracking them into a skillet.

All three creatures seemed to be showing me that creativity derives from the self, especially the more unusual parts of the self. Imagination had never taken me into such territory before, but the experience seemed to establish the fact that a no-holds-barred adventure of the mind was underway–and this would be to the good.

How does this work? Was he a guiding spirit in another dimension? A figment of my imagination that dramatized my own knowing? How about an escort to the universal source of information and wisdom that José and Lena refer to? I have no idea, actually. He was definitely masculine, and I have since wondered if he was activating such qualities that would make me “whole,” so to speak. The effect was not only enhanced creativity in my writing but the seeding of a tendency to think more and more “out of the box,” and that takes me back to religion.

THE FREEDOM TO THINK

I think young children “know” many important things in the beginning. Soon, however, the inevitable conditioning begins–to believe what you’re told; to behave, period, but also appropriately for your sex; to embrace your family’s values; to submit to cultural conditioning; and to cultivate those abilities that have been the traditional foundation of a solid sense of self-worth. 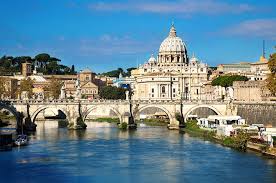 But I always have been in the matter of not identifying with any particular religion. And this moment in history prompts reconsideration of its institutionalized value. Through so many years of research, I’ve learned a lot about the major ones. For me, they are fundamentally flawed by having always been governed by a masculine hierarchy with spiritual empire-building in mind as well as subordination of the feminine. At present, three details are particularly off-putting.

With regard to the Catholic Church, it seems that the foremost sin among young boys is to tattle on a priest, bishop, or archbishop who has fiddled with him sexually. In the Muslim world, we have ISIS dedicated to bringing about the Apocalypse. They believe that this will result in the return of Jesus, the second most-revered prophet in Islam, who will lead them to victory. And with regard to Israel, and in addition to the ongoing conflict over holy ground, we have the recent uproar in Rome over deep-fried artichokes. This is a favorite among Roman Jews, which the Israeli rabbinate declared not kosher.

Of course there are admirable things about each religion, but these examples illustrate how the drive to control the minds and behavior of adherents does–and always has–gone to the dark side and more recently into the zone of the absurd. It makes me wonder if, after a certain point, religion began to stunt spiritual growth.

I would never try to inculcate anyone into a form of spirituality, including shamanism. I just think it has value among the many ways in which the individual may seek illumination. And the greater and more dispersed such effort, the more likely it is that a collective will eventually serve to brighten the world.

One Response to “Are We Stuck or Evolving Spiritually?”