Our difficult times cry out for the creativity and energy of the TypeE Personality .

Are you a TypeE Personality™?  If so, it’s okay.

The concept of the TypeE Personality was developed by Alexander M. Giorgio about 15 years ago. It was the result of a pattern that emerged among a certain type of person he was seeing as a psychotherapist. He was working at Canyon Ranch in the Berkshires where guests were addressing stress, obesity, smoking, and other issues. The general profile was of high achievers in business, entertainment, and the arts and sciences. 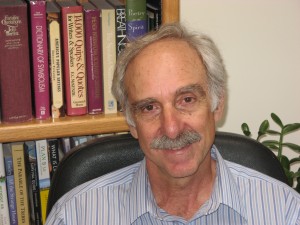 So already you’re feeling like it might be good to be a TypeE Personality, and you would in fact be in a rather unusual group of people. Alex estimates that TypeE’s make up about 5 to 10 percent of the world’s population.

He describes the TypeE’s as people who “love extremes. They are built for speed, whether emotional or physical. They possess enormous amounts of passion and creativity. Their energy seems limitless and their pioneering spirit insatiable. They live to shape the world, to grow it, to make it a better place. They constantly live and love and play on the edge.”

Being a TypeE Personality isn’t easy, and life can be challenging for other people in personal or professional relationship with one. The “E” can also stand for “Enough already!” Alex developed his concept to enable TypeE’s to understand themselves and fulfill their potential and to help others basically put up with them.

Before I proceed, you may want to take the following test to see if you are a TypeE. Give yourself 3 points if you say “Yes” to a question.  If you say “Sometimes,” give yourself 2 points. If you say “No,” you get one point. Total the points at the end.

1)      Do you love starting new projects, especially “impossible” ones?

3)      Do you quickly lose interest in a project or job once it is up and running?

4)      Has delegating responsibility been a major challenge for you?

5)      When contacted by an old friend you haven’t heard from in years, do you immediately pick up where you left off, as if no time has passed?

8)      Do most of your projects, jobs or romantic relationships usually last between six months to five years?

9)      Did you grow up feeling your view of life was different from that of most people?

10)  Do you consider yourself an intensely passionate person?

When you get your total—and Alex says the test is not necessarily definitive—you are guided as follows:

20-23 points: You’re a visionary and probably have a TypeE Personality.

20-23 points: You’re a TypeE manager,  a practical visionary not afraid of risk.

24-27 points: You’re a TypeE translator, a bilingual visionary who is a vital link between mystic and manager.

28-30 points: You’re a TypeE mystic, a mystic visionary who operates so far out of the box you frequently forget where you’ve put it.

Because they are enormously creative and in constant need of challenge, TypeE mystics tend to keep moving, and they are not known to be great managers. This is why they need to be supported by the practical visionary TypeE and the bilingual visionary TypeE, who can communicate the vision of the mystic to employees.

Interestingly enough, Alex says that research has shown that 98% of us come in as TypeE’s, but by the time the educational system is done with us, only 3% continue to function in this way. On the other hand, if an environment can be found or created that encourages individuality and innovation, the original gift can be reclaimed. This is why as many as 10% are yet among us. Some 80% of the dotcom employees are TypeE’s, Alex says.

And the further exciting thing is that our difficult times cry out for the creativity and energy of the TypeE. Alex is seeing distinct evidence not only of large-scale TypeE emergence but also of their spiritual evolution.

If you’d like to know more, the web site is www.typeE.com. For the known TypeE on the spiritual track, Alex is conducting a course titled “Experience the Entrepreneur’s Guide to Enlightenment” at Miraval Resort in Tucson on April 14-19, 2013.

And feel free, in the pursuit of greater understanding, to share the quiz.

One Response to “Are You A TypeE?”