“Shut up,” the orthopedist ordered. “You’re lucky to be alive.” 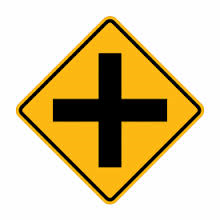 A  life can end with an accident at an intersection or it can take an unexpected turn. In the case of Jo Ann Burtard, shiatsu therapist and yoga master, the turn would lead to a new path that coincidentally relates to the subject of my last blog—the alarms rising from our new digitally-driven reality. This is complicated, so let me start at the beginning.

The idea of life as a journey is familiar, but with some people like Jo Ann it seems literal as well as figurative. As I reviewed my interview notes, the images that kept appearing pertained to movement, not only of distances traveled down paths, trails, roads, and in the air but also of the body both learning and teaching through movement. And now her life’s journey has led to the determination to help with a crisis–the physical damage caused by nonmovement in a growing population of the digitally addicted. Jo Ann hopes to find ways through prescribed yoga to stem that damage.

Her story began in a ranching culture in Colorado where freedom and responsibility resulted in an extremely active life. Jo Ann cannot remember a time when she did not know how to ride a horse. By age four, she was regularly herding two cows down a country path and working 400 sheep to keep them out of the alfalfa fields. At age 10, she was driving the family truck down ranch roads with the help of a friend who worked brakes and accelerator from the floor. The sixth child and the first girl in a family that what would eventually comprise 11 children, she had responsibilities for caring for younger siblings as well as horses, cows, sheep, chickens, garden, and home. She was raised to take care of things, other people, and herself.

There was an early sign of how far she would diverge from her family’s conventions. Influenced by the interests of a friend and with a scholarship from the mining company in Carbondale where her father also worked, Jo Ann graduated from the University of Puget Sound in Washington with a degree in Asian studies and education. Having grown up with the idea that she could do anything, she proceeded to adventure widely and educationally, ending up in Albuquerque teaching gifted students in elementary school and working on a master’s degree in special education at the University of New Mexico, where she played center forward on a soccer team.

And then at age 26 came that day at the intersection. Just minutes earlier Jo Ann had bought the motorcycle she was riding when a woman from the battered women’s shelter, who had no insurance, crashed into her at the intersection. Jo Ann remembers nothing until she woke up screaming after surgery. Her left leg shattered, it had been put back together with four pins and two rods with an angular Hawthorne device to stabilize it.

Over the next week in the hospital, Jo Ann could feel drugs coming in on currents. Told that the worst might happen, she responded, “No way are you cutting off my leg.” When she had stabilized weeks later, she also dismissed the prediction that she would probably never walk again. She finished off the school year in a wheelchair, then had to recover from an infection and two surgeries before embarking on a diet to clear all the drugs out of her system. Next came the invitation that would serve to reboot her career.

A friend had launched a practice in shiatsu, the Japanese massage therapy, in Honolulu and urged Jo Ann to come for treatment. She remembers her first session: “Everything made sense.” After a month of therapy, she was walking five miles a day. And then she did two further things. She enrolled in a yoga class and began a two-year training at the shiatsu school in Honolulu. By the time she left, she had done 10,000 treatments while training seven days a week. 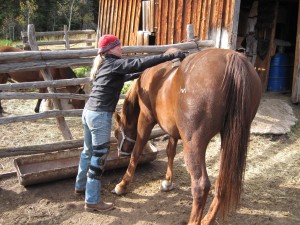 Back to the Ranch

Now cut to more than three decades later. Jo Ann’s healing has been validated by an enormously athletic lifestyle–running, skiing, hiking, horseback riding, and cycling, including international races. She is providing shiatsu therapy and teaching yoga classes in both the community of Los Alamos National Labs and Santa Fe, where I became a student over a year ago. Jo Ann has studied yoga with some of the world’s foremost experts, including B.K.S. Iyengar, and I quickly realized that she was a master. She also introduced me to the looming healthcare issue I mentioned at the beginning.

Gaming Isn’t All about Fun

The passion some young people have developed for video games is well known. However, I had no idea about the medical problems that can arise from it until I helped Jo Ann with a document on the issue. I proceeded to do a lot of research for this post and was stunned by the detail. I’m coming from a place of complete ignorance about the personal experience of video gaming and find it hard to understand how it can be addictive. However, a confession at an adrenaline junkie self-help site  provided valuable insight into the nature of the problem. I highly recommend that readers take a look. Unbelievable that some people will play 24, even 32 hours straight.

Our lives can take a toll on the body in many ways. It can be taxed by overwork and sports, abused by drugs and alcohol, and now we have the specter of it being basically abandoned in front of a screen. We all need to keep moving to stay strong and healthy, and staying seated and even crouched for hour after hour creates all sorts of complications. These are most visible among millennials, that generation born between 1980 and 2000 whose lives have been revolutionized by technology. The ones most at risk are those who become “adrenaline junkies” through the excitement of gaming.

A surge of adrenaline is a great thing during a moment of danger. It boosts the energy supply and makes the individual briefly impervious to pain. However, the constant pumping of adrenaline produced by gaming causes the contraction of the psoas muscle in the lumbar vertebra, and this in turn affects the spinal curves. The head rolls forward and posture deteriorates, compressing the heart and the lungs.

Adrenal glands also release cortisol, a stress hormone. This increases sugars (glucose) in the bloodstream, enhances the brain’s use of glucose, and increases the availability of substances that repair tissues. That’s the handy part. In the system of the adrenaline junkie, cortisol alters immune system responses and suppresses the digestive system, the reproductive system, and growth processes. According to the Mayo Clinic, the long-term health problems include anxiety, depression, digestive issues, heart disease, sleep disorders, weight gain, and memory and concentration impairment. The damage to reproductive systems may mean that these disabilities are less likely to be passed on, but that’s sad news.

How bad can this get? According to the research of Douglas Gentile, a psychologist at Iowa State University who has been studying the subject of gaming for decades, roughly 8.5% of children who play video games in the United States are addicted. It sounds as though parents nationwide need to go on high alert about this issue.

So this is the kind of information that has inspired Jo Ann to get involved, an effort that is in an early stage. The context (a word she often uses in class) is her own experience of the miraculous healing capacity of the human body and the wonders in physical capacity that shiatsu therapy, yoga, and exercise can produce. The real wonder, however, is the human body itself, whose miraculous functions we seem increasingly to take for granted. We will all part company with it someday, but respectful and loving care of it in the meantime is essential to postponement. As Jo Ann’s doctor pointed out, we are lucky to be alive in the moment. If we keep moving in a mindful way, our life’s journey is more likely to go on and on.

To see more about Jo Ann’s yoga instruction, you can click here for her web page.

3 Responses to “Beyond the Intersection”