The story of Lobo reveals a quality of nobility in leadership that we rarely see among ourselves.

At the end of my last blog, I promised to write more about the death of two wolves that Ernest Thompson Seton named Blanca and Lobo in the story they inspired. I will be summarizing from the wonderful biography by David L. Witt that bears Seton’s name.

Witt’s opening description of Seton’s arrival by train in the little northeastern New Mexico town of Clayton in October 1893 evokes a classic Western. Heavily armed, the young man planned to rid a cattle ranch in an area called Currumpaw of gray wolves. However, he was much more than a skilled hunter. 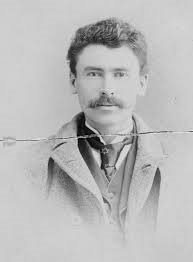 Seton was also a naturalist who, at age 33, enjoyed a solid reputation in the field among experts in both the United States and Canada. In addition, he was a writer and an artist, and it was eye strain and fatigue from his career as an illustrator in New York City that had made the job offer in New Mexico attractive.

The gray wolf was already becoming scarce in the state. Ranchers had killed off most of their natural prey, and the wolves had learned to survive by eating cattle. They had also learned to hunt at night to avoid men with rifles and to shun poisoned meat and steel traps. Their sagacity, as Seton would later put it, was unmatched.

A fine shot, Seton had killed many timber wolves in his native Canada, and he had even written instructions for a brochure on the use of steel traps. He was determined to kill at least 15 wolves.

The local cowboys were impressed by his meticulous attention to detail and his practice of baiting traps while wearing clothes caked in cattle blood to hide his scent.  All was futile however. Day after day passed, and he didn’t even see a wolf. To occupy himself, he kept a journal, observed wildlife, sketched, studied tracks, and even excavated rat burrows in order to diagram them.

Almost two months after his arrival and after shifting from poisoning bait to baiting steel traps, Seton finally caught his first wolf. He killed two more before developing a strategy to capture the leader of the pack, the “king wolf.”

He had noted smaller paw prints that ran ahead of the leader and was told that they belonged to a white wolf that was his mate. Seton determined to capture her and use her as a lure to snare him. He finally succeeded with a very creative baiting of a dismembered head.

In his story, Seton described the horrifying death of the white wolf he named Blanca. He and another man put lassos around her neck and rode in opposite directions, straining until blood gushed from her mouth and her body went limp.

Seton recorded in his journal the melancholy howl of the grieving mate. The next day, he dragged the female body among several traps, creating a trail with her scent. Six days later the lure succeeded with the wolf to be known as Lobo. Completely exhausted after struggling to escape from four traps, he howled once before Seton tied his mouth shut and carried him off to be staked out as a decoy.

The wolf died that evening for no apparent reason. The question “Why?” was written in dark ink in Seton’s journal of January 31, 1894. Whatever the question meant, it must have signified a turning point in Seton’s psyche. Having killed only six wolves, he boarded a train for Toronto a few days later.

It was a four-day journey home, and one must wonder how much regret and possibly even grief Seton experienced during that ride. Witt describes the conversion that Seton underwent as the “uniting of a previously divided self.” Within a few weeks, Seton had completed the story of “Lobo, the King of Currumpaw.” For the first time, qualities like individuality, integrity, and selflessness were portrayed in animals, and a new genre in literature was created.

As I said, I have summarized the story, which doesn’t do it justice. Witt handles it beautifully with quotes both from Seton’s journal and from the story itself. I want to get a copy and read it in full, but an excerpt describing the last moments of Lobo is something I will never forget.

Seton wrote that after losing his mate and his freedom, Lobo had howled once in extremity, but his pack did not come. The threefold loss was too much for Lobo, Seton wrote, and he died of a broken heart. Creativity had embellished Seton’s memory, but something seemed amiss to me.

Our knowledge of the wolf has greatly advanced since the story was written in 1894. The howl is now known to be extremely complex, signifying different things through tone, repetition, accompanying bark, etc. If Lobo was the leader of his pack, I don’t think he would have endangered its other members by calling for them.

With the death of his mate, and as the result of whatever misjudgment caused him to succumb to a trap he could not escape, Lobo would likely have realized that his role as leader had come to an end. Packs have a hierarchy, and with that howl in extremity, Lobo may have informed the next male in line that the baton had passed. With no further reason to live, he probably chose to die.

That’s my interpretation, but one can see how this story captured the imagination of millions and launched Seton on the path toward fame and wildlife conservation. Today the story reveals not only the toughness, intelligence, and personality in individual wolves but also a quality of nobility in leadership that we rarely see among ourselves. The lives of Lobo and other creatures Seton wrote about and illustrated continue to affect the consciousness of readers, and his work in wildlife conservation is as vibrant as ever.