We all need space–or at least I do. But every day, that space is shrinking.

One ground of invasion is emails; and Citi, which provides me with a credit card, is really irritating me. I don’t think they like me. They’re not making enough money off of me in terms of interest and the annual fee. They want to stop paying a whopping 55 cents a month to mail me a bill.

They send me multiple emails each week: “You’re digitally savvy. Why are you getting paper statements? Go Paperless now.”

Excuse me. “Paperless” should not be capitalized. And I don’t take orders. You’re there to serve me, right? No? I thought not.

You see, Citi, I know what your credit card wing is doing, has been doing from the start. You designed the card to entice us to buy things we can’t pay for right away or at the end of the month or even months from now. Wealth-enchanted economists collaborated by promoting economic growth as a kind of religion we are to support with spending deposited in a daily offering plate. And merchants and service people support it, of course, as a way to get more customers and to raise prices to stay in the running. We all suffer from the perceived need to go along to get along.

And it’s worked for all credit card issuers. I checked. Experian, the credit-reporting company, estimates that Americans from age 35 to 65 have accumulated more than $7,000 in credit card debt per person. Amazing, eh? Less than half of us pay our cards in full each month. In an article in The Street, I learned about how a $75 pair of shoes could end up costing $350 a few months later. A class on this kind of thing in high school could make math very interesting.

But the point is, we’re all just cruising along with this service, more than half of us living beyond our means and very vulnerable to some form of economic disruption. Who has time to even think about this?

So why am I being difficult? 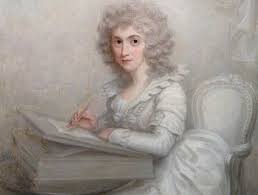 I think it’s partly because I’m so old, but my five senses are still working very well. My hands and fingers are sensitive to the touch of things other than the keyboard. I love the feel of paper, as in newspapers, books, typing paper, journal paper, and mail, as in envelopes. And with regard to the latter, I really like it that I don’t need a password to open the flap of my credit card bill.

And I got my Citi card years ago, long before tech advances would turn hacking into an ambient fear. How was I to know back then that I needed to start working on a spreadsheet for all the passwords I would ultimately need? How was I to know that my password would have to be changed periodically and that this would lead into a quagmire of requirements to verify my identity? I’m  sorry, but I just don’t remember what I said my favorite flower was back in 1987 or whatever. And I don’t know why you can’t just call me with a verification code. Don’t you understand how welcome the sound of a human voice is?

THE ECONOMICS OF THE SITUATION

I’m not thinking of preserving jobs only for humans who might replace bullets on web sites. I’m thinking of the people who work at the Post Office who deliver the mail. Citi is inadvertently moving to put them out of business. My stamps matter. My stamps may help ensure that the pensions they’ve been promised will actually endure. And think of all the other people, like greeting card artists, whose income depends on the survival of mail.

I looked up Citi’s annual report, and its net revenues in 2018 were $70.8 billion. There was no breakdown of credit card profits; however, as I said earlier, it is the largest issuer in the world with 142 million accounts. It can afford to send me mail once a month, which would cost only $6.60 per year. And besides, this August, the Business Roundtable–made up of around 200 chief executives, including Michael Corbet, the CEO of Citi–issued a statement that suggested an impending softening of focus in corporate America. The statement implied that corporate chiefs would be deviating from their long-standing assertion that they exist principally to serve their shareholders. They have pledged to look afield a bit–including to sustaining postal workers.

Not really. But maybe they’ll think of something nice. 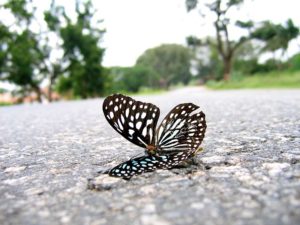 Nevertheless, the tech assault on quality of life in America is coming up for attention. For me, it is getting to be too much. I’m beginning to feel like roadkill run over by the wheels of progress. I’ve thought about moving into the woods, but they’re all burning up.

Bottom line, I’ll pay my bill online so Citi can’t charge me for claimed (whom can you trust?) late delivery by the US Postal Service, but that’s it. Surviving human attributes demand that we draw the line somewhere. Bug off, Citi.