Or should I say, “Rupert Murdoch and his kind?” 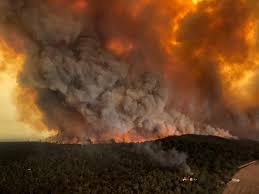 This question came up as I was reading an article on the wildfires in Australia, the homeland of media mogul Rupert Murdoch.

The subject of climate change has gone front page in an exceptionally dry time when brush fires have engulfed a land mass larger than Indiana. Murdoch has the  conservative orientation of the climate change skeptic, and he owns about 70% of Australia’s print media. To what degree does his perspective influence public opinion about the cause of this devastation?

But first, some background on Murdoch.

THE PATH TO POWER

Rupert Murdoch is now 88 years old, the son of a reporter, editor, and publishing company executive who died in 1952 when he was 21. He soon founded his own publishing company and through the 50s and 60s acquired newspapers in New Zealand as well as Australia.

He expanded into Great Britain in 1969 and the US in 1974. As he expanded here, he retained his interests in Australia and Great Britain. In 1985, he became a naturalized US citizen because this was required to move into television ownership here.

At its peak, his media empire included newspapers, television stations, and film studios in Australia, Great Britain, and the United States. His holding company, News Corp, owns The New York Post, The Times of London, and Dow Jones & Company, which owns The Wall Street Journal. His net worth is $7.35 billion. The collective worth of his family is $20.9 billion.

So what was his goal, his mission?

THE TRAIL OF CHANGE

In trying quickly to see what inspired the creation of Murdoch’s media empire, I turned to hundreds of his quotes online. It seems that he was consistently driven by a tremendous amount of energy and an appetite for risk-taking. “If you have some gambling genes in you somewhere,” he said, “you get some genetic enjoyment of risk.” He often used expressions like “betting the farm” on this and “betting the ranch” on that.

Constant change seemed to be a way of life as he moved here and there, bought and sold entities, married four women, became the father of six children, and socialized with powerful individuals in government and politics as well as journalism and television. He once summed up his orientation by saying, “I would like to be remembered, if I am remembered at all, as being a catalyst for change in the world, change for the good.” The good he imagined was not defined.

Of course, he changed over the decades as we all do. His newspapers supported conservative Margaret Thatcher when she ran for prime minister in Great Britain in 1979. He was said to be “cozy” with President Ronald Reagan, whose administration dropped regulations sometime in the 80s that would have prohibited Murdoch from buying television stations in cities where he already owned newspapers.

Murdoch was frank about being conservative but denied that he was of “knee-jerk” ilk. He believed passionately in markets and less government: “The only good regulator is a dead regulator,” he once said.

Around 2006, however, he seemed to open to a more liberal perspective. He held a fundraiser for Hillary Clinton in New Corp’s Manhattan offices and donated half a million dollars to the Clinton Foundation’s Climate Initiative. His position had shifted as follows: “Climate change poses clear, catastrophic threats. We may not agree on the extent,  but we certainly can’t afford the risk of inaction.” When Barack Obama ran for president in 2008, his New York Post endorsed him. Murdoch was quoted as saying “He’s a rock star. It’s fantastic.”

That wasn’t a very thoughtful expression of support, however, and Murdoch may have been distracted by the oncoming evidence of the Great Recession, which began to manifest in December of  2007. In addition, because he now owned Fox News and The Wall Street Journal, he may have begun to attune to the need to be overtly conservative through his media to enhance profitability. And his position on climate change? At a News Corp annual meeting in December 2007, Murdoch simply said, “There are no climate change deniers around I can assure you.” That’s the most up-to-date quote I could find.

THE SHIFT IN PERSPECTIVE

Although I can’t provide a specific quote in this regard, I assume that Murdoch, like most conservatives, was long concerned about what was perceived as a liberal orientation in the print media. If he had a specific goal to rectify that, this would seem reasonable. After all, balance is important, and perhaps he planned to be “a catalyst for change for the good” in this regard.

However, as Fox News became more aggressive over time, the other more liberal stations reacted. Now we have a radically polarized nation, which is fueled by the profit-and rating-oriented goal of media to deliver what their audiences want to hear. This results in the universal loss of objectivity, which undermines the international ability to address what is happening with climate. Radicalizing on both sides seems to be empowering. What could turn this around?

In a Slate.com article in May 2019 by Rachel Withers, she wrote that Australia had been moving toward a progressive consensus on climate change under a “dysfunctional, unpopular, conservative government.” However, the election had resulted in a shocking upset in which evangelical Christian Prime Minister Scott Morrison was reelected.

Australians were upset and confused, Withers said. The question was up whether the 70% of Australian news media that Murdoch owns won the election for Morrison. This became a more pressing question when the brush fires erupted in September and Morrison began to take heat for the ensuing destruction of over 2,000 homes and incalculable loss of wildlife.

Morrison has become the exemplar of the potential political consequences of failing to acknowledge the danger in climate change. Fear and anger are rising in Australia in spite of a temporary break in the weather that helps firefighters. A chastened Morrison is belatedly developing a “national disaster risk reduction model” whose like may multiply internationally if the need for prevention intensifies.

THE POSITION OF THE OBSERVERS

And for those of us who are so far just observers, the question comes up: What media can we trust to give us impeccable information about this issue rather than trying to empower themselves with a calculated and exaggerated slant? Humanity could be facing a real crisis due to climate change, or perhaps we can turn it around. We the people need to work with the truth of this matter, or as close to it as media moguls like Rupert Murdoch can honorably take us. And if their primary focus is elsewhere, well. . . . 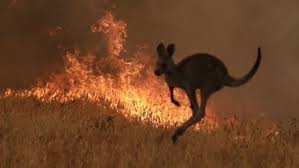 One Response to “Can Rupert Murdoch Affect Climate Change?”