Darn. I didn’t realize that the Bill & Melinda Gates Foundation had launched a contest to redesign the condom. Had I known, I would surely have won.

Let me revise that statement. I would surely have raised the number of winners from 11 to 12 and pocketed $100,000. And then I could have found somebody to help me develop my concept, and we might have received another $1 million.

It’s not too late, though, to participate in the discussion, and maybe some good will come of it. The report I read in the newspaper yesterday made it clear that contestants were just not thinking big enough.  (Pam Belluck of The New York Times published on “Condom Contest Produces 812 Ideas for Improvement.”) 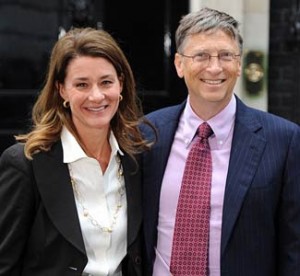 But let me clarify. The goal of the Gates Foundation was to spur the design of a condom that “men would actually use,” thus reducing the number of unintended pregnancies and the incidence of sexually transmitted disease. To achieve this goal, it apparently became clear during consideration of the submitted proposals that the condom needed to be simpler to put on and good at enhancing sensation once it was in place.

I gather that the male’s perspective on sensation was paramount, but the female’s response should also be considered. One winning idea was to make the condom from the collagen derived from fish skin or the Achilles tendons of cows. Imaginatively speaking,  fish skin would be a stretch for the feminine mind. Cow tendon isn’t much of a turn-on either, unless maybe there is an illustration of Achilles in shorts and battle armor on the package. Reality is kind of a comedown sometimes.

Another winning design would make it easier to put the condom on. Apparently there is concern that this is difficult in a dark tent in a place like sub-Saharan Africa. The solution would be to put tabs on the device so it could be pulled on, kind of like a boot. The male could figure it out with his fingers.

Perhaps it goes without saying that the optimum material for the condom would be pleasant to the feminine interior, strong and flexible, and not too tight for the big guys or too loose for the . . .you know. A physician at the Foundation said that the condom should not reduce “the loving distance between partners, so they will be more close.” I bet it took a while to think up that statement.

Nevertheless, we have to set aside the idea of  “loving distance” for a moment and just get practical. If we want men to be eager to use these, money has to be involved. Sex and money have gone together so long–no insulting comments, please–that we can’t disregard the importance of this factor in creating a healthy, sustainable population. And this is where my idea comes in.

The key to my proposal is the female orgasm, as registered in the ground-breaking new condom I have conceived. Evidence of the orgasm will be essential to winning a multicultural lottery, which I have named CondoMax. Each country would have its own monthly lottery, and the jackpot would be provided by the condom manufacturers. After all, they will make a lot of money off of this. The winner’s take would be appropriate to the cost of living in each country and adequate to really excite the men.

The challenge of the scientists in creating this new condom would be to create a material for it that would be sensitive to and respond to a female orgasm in a specific way. The response would be elicited by temperature, energy, muscle spasm, chemical reaction–whatever works. The orgasm would cause a number or code to appear on the material of the condom, thus possibly revealing the winner in the monthly lottery.

If we can’t figure out what material would work, we should forget going to Mars. This material must also be tough. We can’t have a guy winning with a leaky condom. That would be a public relations disaster.

As you will immediately see, CondoMax could produce an evolutionary leap. They say that the lottery is a game played by people who can’t add, and people can’t add all over the world, so this should work everywhere. And all it would cost to play a game would be the price of the redesigned condom. Maybe philanthropists would even give them away where people are impoverished. Just think of the benefits in terms of the improved standard of living in smaller, healthier families.

But that’s not all. Think also of the improved status of women. Forced sex wouldn’t work. The cutting of women wouldn’t work. What would work would be a new focus on pleasing the woman, making her an essential partner in the creation of  loving moments that could actually produce wealth. Nevermind the odds of winning.  As I said, the odds never dampen enthusiasm among lottery players.

I know you’re already thinking of all the exceptions to universal enthusiasm for this idea, as in gay couples and elderly couples and frigid females, heaven forbid. No one solution is ever going to be perfect for all, but this would go a very long way in not only meeting the Foundation goals but also empowering the feminine worldwide. And then we could get on with the transformation of civilization.

Now I have to follow up with the Bill & Melinda Gates Foundation. They’ll get the idea of CondoMax immediately because it is so simple: No orgasm, no jackpot.

2 Responses to “CondoMax: An Idea Whose Time Has Come”