I’m sure that everyone is pursuing individualistic means of coping with this challenging time. My inclination is to focus beyond politics, the economy, the coronavirus, the reign of social media, and the characters center stage in the moment. I’m rounding on the question of whether humanity has lost our way.

I’m not religious, but a passage from the Bible brings up the issue.  In Genesis 1:28, God orders mankind to “Be fruitful, and multiply, and replenish the earth, and subdue it: and have dominion over the fish of the sea, and over the fowl of the air, and over every living thing that groweth on the earth.” There are too many commas in that sentence and no need for the colon, which seems to provide a certain ground for editing content. However, the big issue arises around that verb “replenish.”

We’ve certainly multiplied effectively, our numbers up to 7.6 billion, and humans were exercising dominion even before it was ratified by the Bible. The only thing we don’t seem to be doing a lot of is replenishing, as in resupplying. Is a reckoning upon us? And how do bugs figure in the big picture? 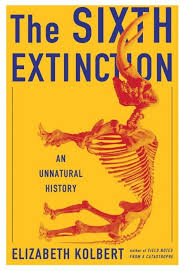 Sometimes it seems to me that if our species survives, a lot may depend on the older folks who have been around long enough to see how much and how quickly things have changed. This came up as I was reading an article in National Geographic by Elizabeth Kolbert titled “Where Have All the Insects Gone?” As you may remember, Kolbert won the Pulitzer Price for The Sixth Extinction about a potentially pending crisis. It will be associated with a huge loss in the diversity of life on this planet, and no creature has provided more diversity than the insect.

And who knew what a big deal they are?  Kolbert points out that about a million species have been named with an estimated four million still anonymous. And who knew that they have been around for about 400 million years? How many of us are aware that they are rapidly disappearing all over the world? I seem to have many questions running, so here comes another. Did you know that scientists in Germany have discovered a 76 percent drop in insects in less than 30 years?

This is obviously a very big thing, and those of us in the boomer zone can probably resurrect pertinent memories regarding this matter. For example, I remember all the insects squashed on early windshields when my family traveled from El Paso to Louisiana on summer vacations. Now fatalities are scarce on country journeys.

And there was a truck spraying DDT in our neighborhood back when I was in elementary school. I guess that was to kill mosquitoes, but it must have killed many other insects and other things as well. Its use was banned in 1972 due to the damage it was also doing to wildlife.

When my family moved to a new suburb east of town, we experienced a plague of grasshoppers one summer that made driving slippery. And one morning as in a horror movie, a big, hairy tarantula appeared on a window. I bet those sightings don’t often recur, all insects moving steadily to the north and east of my former home to escape development–us, in other words.

They are running out of time everywhere it seems, and entomologists worldwide have tuned into the drama. We are facing what the New York Times has termed an “insect Armageddon.”

THE WEB OF LIFE

So what’s the big deal? Who is really attached to insects? Bees and butterflies are probably widely appealing, but there may be international animosity in particular toward flies and mosquitoes. And the thought of them brings to mind the concept of the Great Web of Life symbolizing the interconnected systems on Planet Earth. Visually, however, one can imagine insects getting stuck in that web and eaten by a spider. Those connections are not all beneficent, and dominion has endowed us with the right freely to kill within the web. 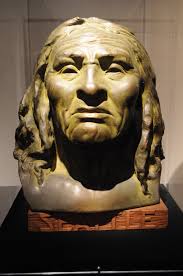 This is in direct contradiction to the view of Chief Seattle. Born in the state of Washington around 1786, he was a leading figure among the Suquamish and Duwamish people and shared Native American wisdom with white settlers. One of his most famous sayings was “Man does not weave this web of life. He is merely a strand of it. Whatever he does to it, he does to himself.”

That is an idea we’re coming to terms with in the moment as we face so many species extinctions, climate change, and a swarming human population that makes us vulnerable to the nearly instantaneous transmission of viral diseases.  Environmental activist Dr. David Suzuki has developed a list of three ideas to replace our sense of planetary sovereignty with practicality:

So now back to the beginning and that editing I detected as necessary in Genesis 1:28. I was thinking of punctuation, of course, but the moment seems to beg that we achieve a degree of humility rather than cling to the concept of dominion. At the same time, it would really be good for us to pay attention to that term “replenish.” To quote a character in a story I wrote years ago, “You cannot take and take and take and never give back.”

Giving back is a way in which humans are clearly in deficit. The concept of the Web of Life assumes that every creature serves the whole in some way, and even insects we don’t like are food for birds we love. If you follow the trail of creature roles, the question arises: In what way does Earth benefit from our presence? Rats thrive in the waste we create, and mosquitoes drink our blood, but surely we can do more to sustain our planet instead of continuing to exhaust it and thereby invite extinction.

And what if the transformation of our role from pillaging to sustaining simply requires us as individuals to rethink our way of being here, day by day? Perhaps we will discover that goodwill spreads very gently like the sun rising, leaves unfurling to greet it, and clouds laden with moisture emerging to ensure a future for us all. Along the way, we might be guided by our finest minds embracing another idea, as voiced by astronomer Carl Sagan: “I don’t want to believe. I want to know.”

One Response to “Dominion Revisited”