Born in Monroe, Louisiana; raised in El Paso, Texas; educated in California, I have lived full-time in 25 homes in eight states and one foreign country since graduating from college. Always a restless spirit, I seem finally to have settled in the beautiful and stimulating city of Santa Fe, New Mexico. 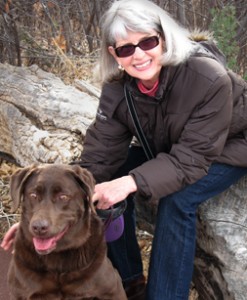 A Sunday hike with “niece” Suzie

A sketch of my history is as follows: