Every now and then women need to just sit down and have a talk with our men. That time has come. Gentlemen, something you’re doing is not working.

This has to do with ideals about the male hero–your ideals versus ours.

Yours are big now in the world of violent movies. This is visible in the covers in row after row of DVDs at the video store. The most common image is that of a man facing off with a gun in hand, arms crossed to plump up a bicep. The second most common image is of a threatening stance, legs wide apart, assault or science fiction weapon at the ready. Sometimes muscles are visible or suggested by sculpted costumes.

The hero isn’t imagining a threat. It is clearly manifest, and he’s ready to deal with it.

That’s in the movies. The current reality is about runaway imagination. The attitude is threatening, all right, but the voice sounds –pardon me for being blunt–kind of hysterical.  I will illustrate with a fictional character named Ollie.

Imagine Ollie as a little heavy and soft looking, face glistening with anxiety as he is being interviewed about current affairs.

My biggest worry is all these immigrants pouring in from everywhere. I know we had this in the beginning, but they came from Europe. These people are dark-skinned, different. Muslims are the scariest, and I don’t care if they seem nice or well-educated or what. Islam is a religion about hatred, and all Muslims are dangerous. Any one of them could be hooked in with ISIS. They could blow you up and cut your head off in a second.

Same problem with Mexicans. It’s the murderers and rapists and drug dealers who are coming here, not business people wanting to invest and create jobs. The rest of them are poor, and they’re going to go on welfare, which will make my taxes go up. Our lives and our country depend on keeping these people out.

And watch out for blacks anytime, anyplace, and anywhere. OK, we were the ones who brought them in, but that turned out to be a mistake. Have you seen the crime rate in Chicago? People like blacks, Muslims, and Mexican immigrants are just dangerous. If we want to survive, we need to lock ‘em up or lock ‘em out. Period.

Those LGBT people? They’re not normal. They’re weird, no matter how good-looking some of them are. Maybe they were around before but not so many. Something has gone wrong–maybe something in our food or pesticides or something–but they’re hatching like flies. They’re going to bring the wrath of God down on us if we don’t put a stop to it.

The women are getting really scary too. They don’t know their place anymore. You can’t control them. They’re really uppity, messing things up. Creating problems. Out of control. This is also new. In the Bible they were like property, and that worked. I’m sure God is not happy about this either, and we’re going to have to pay, no matter how hard some of us men try to hold the line.

And Hillary Clinton? She’s the scariest of all. I tell you frankly that I am terrified that she might become president. It would be one thing if she were nice, but she’s a bitch; and she’s got balls too, maybe even three. And she knows how to do things, get things done, like make big money. Scary. Really scary. That’s men’s work.

But this drive toward gun control is the worst. The right to carry arms protects us from immigrants, criminals, terrorists, and the government. Every self-respecting man should have an AK-15 handy all the time. But keep them away from the women. There’s no telling what they’ll do with one if they get mad.

And if we get President Hillary and she listens to all those liberals wanting to cut back on defense spending and plow that money into city parks, that will be the end of us. We need to keep developing and modernizing weapons to hold our enemies at bay. We need bigger and better and more of everything, and I don’t care what it costs.

You’re right, I did say that the government might turn on us, and that’s why we have the Second Amendment giving us the right to bear arms. If Hillary becomes the commander in chief, the government will become even more dangerous. Every home needs an arsenal. If we men can band together, though, we can defeat her–and the Army, Air Force, Navy, Marines–all of them. We gotta be ready.

Ollie started sounding like a nut case at the end, didn’t he? But that kind of talk is out there.  So when and why did fear get to be such a man thing? It’s unsettling to the feminine, and we’re noticing something: Hillary Clinton is cool as a cucumber. Cool is looking better and better.

So you’re not being honest? You can’t be trusted?

Actually, I already knew about the agenda. Maybe we all kind of know this, and that should give you pause. Because what it means is more and more women are thinking that we should be more involved in running things. Looking at Congress, we can see clearly that we couldn’t be worse about getting things done. Maybe we could be a whole lot better. Maybe we should go for equal representation–at least half of those seats. 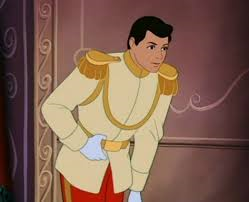 This is that Law of Unintended Consequences afoot, gentlemen, and you’ve been so busy fighting among yourselves that you haven’t considered how this affects us. It’s time you got in touch with our ideal of the masculine. In my generation, the one that is now leading, we ladies had our expectations defined by fairy tales that starred “The Prince.”

He wasn’t a warrior type at all; he was handsome, courteous, resourceful, and very perceptive, as in the story of Cinderella. He recognized her as the one he needed to become his wife, bear children to secure the royal lineage, and then rule alongside him–for the benefit of the kingdom. He wasn’t a scaredy-cat, worried that she might murder him in his sleep and take over the throne.

I don’t know what kind of books little boys read to learn how to become a man. At this time, however, it seems that there has been too much material involving fighting, killing, and the importance of winning no matter what the cost. At this remove, it seems that there should have been more stories about heroes who triumphed through wit rather than force, whose courage came from character rather than weaponry.

So as you see, the feminine, due in large part to the loud voice of Ollie, has begun to yearn for the presence of the Prince center stage. And here’s the warning: If we ladies have finally learned that the Prince was a myth, this creates the imperative to bring to life in our own leadership the virtues we imagined in him.

Time to rethink, gentlemen? Methinks it would be wise.

2 Responses to “Gentlemen, Time to Talk”