Somehow we all knew this was a once-in-a-lifetime opportunity to make things better, to actually become real people with a real place in the world.

My 50th (Yeek!) high school reunion in El Paso was a very enjoyable experience but also a weighty one. It felt like a summation, the final perspective on how the Class of ’63 had turned out. As we all began to check in prior to the event, there were many questions afoot. Where was everyone now living? Who had children and how many? What careers had been pursued? How had “success” been defined beyond yearbook kudos? How well were we all aging? Whom had we lost along the way? 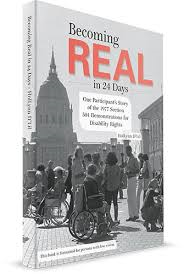 The reunion turned out to be a great time, and some of us stayed in touch beyond that weekend. In the case of one classmate, HolLynn Bryson D’Lil, who hadn’t even attended, I fully realized the stunning shape of her life only a few days ago. This came with the arrival of her post-reunion book, Becoming Real in 24 Days. As soon as I read it, I knew I had to write about it.

The focus is an unprecedented and successful sit-in back in 1977 in behalf of disability rights. As a participant, HolLynn kept notes, took hundreds of photographs, and collected documents that she has used to tell an epic story. It is about the movement that preceded and ultimately ensured passage of the Americans with Disabilities Act in 1990. HolLynn’s narrative traces developments day by day as the leading activists mobilized to demonstrate initially in San Francisco and then moved toward climax in Washington, D.C. 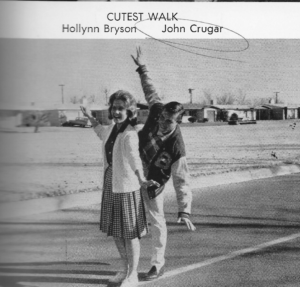 HolLynn, Girl with the “Cutest Walk”

So how did HolLynn–honor student, editor of our high school newspaper, cheerleader, and the girl with the “cutest walk” in our yearbook–become an activist in California? Well, in 1967 and five months after graduating with honors from Texas A&M, she was in a car accident in California and became a paraplegic. It was launch time for her fellow graduates, but HolLynn was suddenly confined to a wheelchair, and for the rest of her life.

Her personal story threads through the book, and here I learned that life had never been as easy as it looked in high school. Both of her parents had been alcoholics, which had shamed her and challenged her sense of self-worth. Now she had joined another minority, the disabled. It is a group that she writes struggles every day to believe in their worth “despite the daily messages from the public, the built environment, the media that say to us in many ways that we are not equal human beings, that we are not real.”

By 1973, HolLynn had become an advocate for the disabled, and when she joined the demonstration in San Francisco in 1977, she also had two children, ages seven and four. The sit-in was a turning point for her. She writes that as the demonstrators surged up to the fourth floor of the regional office of the US Department of Health, Education, and Welfare (HEW), she “followed like flotsam, a little scared, exhilarated, mystified and unknowingly changing forever.” Something bigger than herself had taken over. She had begun to be real.

So what was the issue? The fight was over regulations pertaining to Section 504 of the 1973 Rehabilitation Act, which prohibited discrimination against people with disabilities (PWD). It fell to the incoming administration of President Jimmy Carter to implement regulations that had already been agreed to. However, Secretary Califano of HEW planned to dilute them, allowing “separate but equal” schools for the disabled and broad leeway in making existing buildings accessible.

HolLynn’s day-by-day account of the sit-in puts the reader in touch with how determined demonstrators must be, how exhausting and boring the effort becomes, how terrifying the prospect of failure is. After the sit-in began on April 5, she flew to Washington, D.C., with the splinter group on April 19 and stayed until April 27. At one point, some demonstrators in wheelchairs resorted to getting a rolling start and then crashing into the doors of the HEW headquarters to get attention. 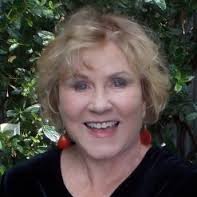 When HolLynn flew home to be with her children, she did not know that the activists had triumphed. Secretary Califano would sign the regulations they had fought for the next day. Then in 1990, the Americans with Disabilities Act served to further broaden protections.

HolLynn’s life as an advocate continued in many different positions and activities, and she eventually became known as an expert on accessibility. The list of her engagements and achievements, the publications she has written for, and the honors she has received is as long as your arm. She also proceeded to triumph over cancer. Though she is “retired,” she is still passionately engaged in her cause. Divorced and living alone, HolLynn delights in the impressive accomplishments of her grown children.

Her book would be an inspiration to anyone dealing with a sense of limitations of some kind, but it also provides practical guidance. There is so much unrest in the country right now, voices calling for justice, for equity, for equal opportunity and for the right simply to be heard. And on page 130 of her book, HolLynn provides the six principles she learned from the leaders of the Section 504 demonstrations on getting organized and getting action.

(Her book is available at www.becomingrealin24days.com.)