The friends in question are Robert Cordingley, who helps me with technical blog issues, and Lynn Gould, a birder who pursues this hobby internationally. Both already knew about Humboldt.

THE PATH OF AMPLIFICATION 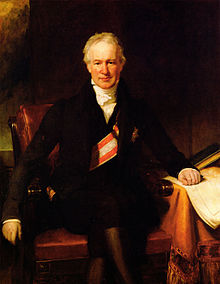 Lynn had years earlier read Humboldt’s biography, The Invention of Nature by Andrea Wulf. She sent me a link to a post by Vincent Gabrielle titled “Why Is Everything Named Humboldt?” This was published in August 2016, one year after Wulf’s book came out.

As the title suggests, Gabrielle lists many of the places all over the world that are named after Humboldt. These include towns in Illinois, Iowa, Kansas, Nebraska, and Wisconsin. In the realm of international geography, there are state parks and wildlife refuges, mountains and mountain ranges, waterfalls, lakes, glaciers, etc., that also bear his name. Even certain species of squids, bats, monkeys, skunks, snails, and various plants are named after him–and also a certain beetle. This list represents just a fraction of the complete inventory.

In her travels, Lynn had encountered Humboldt penguins in Chile and learned about the Humboldt Current, which flows north along the west coast of South America from the southern tip of Chile to northern Peru. Like me after reading about “the greatest man since the Deluge,” Lynn wondered why we know so little about Alexander Von Humboldt in the United States.

As I wrote in my earlier post, Andrea Wulf had proposed that Humboldt’s obscurity here resulted from prejudice against Germans generated by World Wars I and II. It created a major deficit in knowledge about the global natural world and the way humanity was affecting the environment. 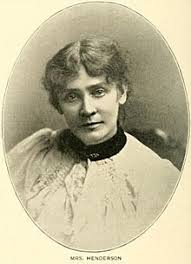 Next, Robert weighed in with an article by Leila McNeill published by the Smithsonian in December 2016. It is about an American woman named Eunice Foote, whose scientific experiments in the mid-1850s served to ratify Humboldt’s conclusion about impending climate change. As Robert wrote:

Humboldt first identified human-induced climate change in 1800 and then again in 1831 from field observations. But it was the American Eunice Foot who in 1856 theorized the greenhouse effect of carbon dioxide levels in the atmosphere that’s largely behind global warming.

To provide a perspective on the Humboldt/Foote connection, I need to give some dates. Humboldt was born in Prussia in 1769 and died in 1859 at age 89. His epic exploration of the Americas occurred between 1799 and 1804. Eunice Foote was born in Connecticut in 1819, and she was 37 years old when she completed her research on the impact of CO2 in the atmosphere.

Foote was among the first women able to acquire an advanced education in America. She attended a female seminary that gave her access to a nearby science college where she learned chemistry and biology. Her research on climate science was conducted with two glass cylinders, four thermometers, an air pump and three gases: CO2, common air, and hydrogen. She ultimately concluded that CO2 in the glass cylinders trapped the most heat from the sun and in large amounts could raise the temperature of the earth to a high level.

This was, McNeill wrote, the most important finding presented at the Eighth Annual Meeting of the American Association for the Advancement of Science (AAAS) in August 1856 in Albany, New York. Unfortunately, Foote was not allowed to read her paper titled “Circumstances affecting the heat of the sun’s rays.” It was presented instead by a male professor of the Smithsonian Institution. Her paper was also excluded from the published record of the meeting’s proceedings. There is no chance that Humboldt would have seen it before he died three years later.

Foote went on to raise a family (two daughters), campaign for women’s rights, and engage in other scientific experiments. However, her achievement with regard to identifying a potential cause of climate change was never properly recognized. Instead, that honor fell to an Irishman named John Tyndall of the Royal Society. There is no suggestion that he knew of Foote’s research. His findings about the way that various gases trapped infrared thermal radiation were published in the proceedings of the Royal Society in 1861, two years after Humboldt died. Wikipedia reports that “Incorrectly, Tyndall largely has been credited as performing the foundational work on the greenhouse effect and climate change science.”

So, as the result of the information my friends provided in response to my blog, a pattern has emerged whose significance may transcend the importance of their topics. In both cases, America lost the advantage of early exposure to scientific research that might have made us a leader in addressing a critical international issue. In the first case, we were disadvantaged by a prejudice against Germans; in the second, by a prejudice against the feminine.

And interestingly enough, there is another factor that may not have been in play back in Humboldt’s time that could serve as another handicap. Although Wulf did not give this a lot of attention in her book, Alexander Von Humboldt may have been homosexual. He never married, and he seems to have had a lot of very ardent correspondence with men. As Gabrielle writes, back in Humboldt’s day, “According to some biographers, sneaking same-sex partners into the home as servants was relatively common.” Humboldt left his entire estate to his valet.

Gabrielle brought this matter up because he was writing during “Pride Month” in California in 2016. He wanted to encourage young LGBT people to consider a career in science, mathematics, and engineering and tell them that we are living during a time when we have “never been more in need of Humboldtian thinking.”

You had no idea I would end up here, did you? Neither did I. But neither did I have any idea that the path of research inspired by Humboldt’s story would so clearly reveal how American culture has unwittingly established barriers–through various forms of prejudice against the “other” in whatever way it manifests–that diminish our knowledge and standing at a time when our leadership is really needed.

And leadership in what way? How about the Humboldtian way–the pursuit of the truth? Not what we’ve been told to believe, not what works in the moment, not what we need to believe in order to belong, not what we want to believe for whatever reason. Just the truth or as close as we can honorably and intellectually come to it. It’s like we have a second opportunity to avoid a world spiraling into chaos that W.B. Yeats envisioned after World War I in “The Second Coming.” The first verse of his poem appears below.

Turning and turning in the widening gyre
The falcon cannot hear the falconer;
Things fall apart; the centre cannot hold;
Mere anarchy is loosed upon the world,
The blood-dimmed tide is loosed, and everywhere
The ceremony of innocence is drowned;
The best lack all conviction, while the worst
Are full of passionate intensity.

But what if a center will hold? I refer to a center dedicated to the pursuit of the truth, no matter through whose effort it is discovered. We’ve never done that before. Maybe it’s time to try.

I would welcome any comments on the current significance of the Yeats poem, which you will find in full here.

2 Responses to “Humboldt Rises Again, a Woman at his Side”