The only mythology that is valid today is the mythology of the planet–and we don’t have such a mythology.

Joseph Campbell, one of the world’s leading scholars of mythology, died on October 30, 1987. He was 83 at the time, and on this anniversary of his death, one is deeply grateful for the legacy of wisdom he left behind. If only he were here to speak to us. 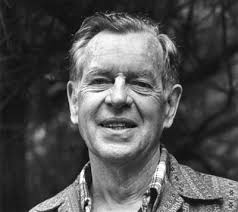 The Hero with a Thousand Faces  is probably his most famous book. Although Campbell enjoyed great international esteem and was beloved as a professor at Sarah Lawrence College for 38 years, he was little known in the popular culture until near the end of his life. Bill Moyers enormously enhanced his visibility by interviewing him for a PBS documentary called “The Power of Myth.”

I have been thinking a lot about Campbell lately and for two reasons. One is the prominent role that the three great religions of Christianity, Judaism, and Islam are playing in creating discord in the world. The other is the pending tragedy caused by our estrangement from the natural world. As a result of the depth and breadth of his research, Campbell had important things to say about both issues.

He had been raised a Catholic but developed a passion for Indian lore as a child and then moved on to study all the world’s great mythologies. He discovered themes that they had in common about the experience of living, of being human. These included recurring stories about creation, virgin birth, death and resurrection, and ascension to heaven. Others touched on the stages of life–initiation into adulthood, marriage, and the approach of death. They also dealt with ways to relate in society and to nature and the cosmos.

Campbell was a “man of a thousand stories,” as Moyers put it, and within those stories was the thread of issues that all of humanity has in common. In an era when we seem to be riveted on our differences and inclined to dismiss or demonize that which is not “us,” a reminder of the ground of oneness is desperately needed.

In the course of his lifelong research, Campbell acquired a perspective on religion that would be unsettling to many. The rise of fundamentalism and conservatism had begun at the time of his interview, and he commented that the world’s three great religions were failing us. They “belong to another age,” he said, “another people, another set of human values, another universe.” They are also tribal, he added, each one claiming that “We are the chosen group, and we have God.” 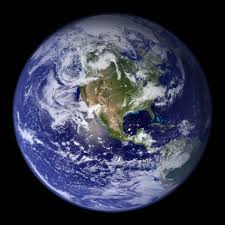 What we need instead, Campbell argued, is a “mythology of the planet.” He was fascinated by the picture of the earth taken from outer space: “When you see the earth from the moon, you don’t see any divisions there of nations or states. This might be the symbol for the new mythology to come. That is the country that we are going to be celebrating. And those are the people we are one with.”

Campbell was also very aware of the environmental issues looming. He warned that “We have today to learn to get back into accord with the wisdom of nature and realize again our brotherhood with the animals and with the water and the sea.” Although the idea is condemned as “pantheism,” he described it as trans-theological. “It is of an undefinable, inconceivable mystery, thought of as power, that is the source and end and supporting ground of all life and being.

Ironically, after all this nation has done to wipe them out and to impose Christianity on their values, Native Americans have a spirituality that may provide guidance in developing a sense of community worldwide. Though we may not have much in common culturally with every country, it seems that we will soon have in common the stress of climate change. One wonders: Could this possibly cause us to abandon ancient grievances and cooperate for mutual benefit? Hard to say.

However, Campbell quoted from a speech attributed to Chief Seattle to illustrate the quality of mind that would be necessary. The speech was given around 1852 in response to the request by the United States Government to buy tribal lands in the state of Washington. Chief Seattle was known as an orator, and his response is long, so I have lifted my favorite part:

Will you teach your children what we have taught our children? That the earth is our mother? What befalls the earth befalls all the sons of the earth.

This we know: the earth does not belong to man, man belongs to the earth. All things are connected like the blood that unites us all. Man did not weave the web of life, he is merely a strand in it. Whatever he does to the web, he does to himself.

One thing we know: our god is also your god. The earth is precious to him and to harm the earth is to heap contempt on its creator.

Your destiny is a mystery to us. What will happen when the buffalo are all slaughtered? The wild horses tamed? What will happen when the secret corners of the forest are heavy with the scent of many men and the view of the ripe hills is blotted by talking wires? Where will the thicket be? Gone! Where will the eagle be? Gone! And what is it to say goodbye to the swift pony and the hunt? The end of living and the beginning of survival.

And then he closes:

One thing we know: there is only one God. No man, be he Red Man or White Man, can be apart. We are brothers after all.

2 Responses to “In Memory of Joseph Campbell”