“The new woman means the woman not yet classified, perhaps not classifiable, the woman new not only to men, but to herself.”

Almost exactly 100 years ago, a number of extraordinary women began to flow into Northern New Mexico to play major roles in creating something of a cultural revolution. At this anniversary, I’m suggesting that a reprise would be timely.

Elsie Clews Parsons, whom I quoted above, was an outspoken anthropologist, sociologist and feminist in this flow. However, this post will focus on two other women who preceded her by a few years and who settled in the state in 1917. 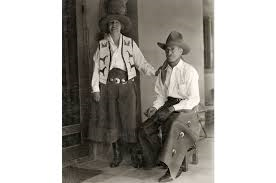 The first of the two was Alice Corbin Henderson, a poet and editor of a Chicago poetry magazine. The doctor who diagnosed her tuberculosis in 1916 told her that she would live only one year but recommended that she go to the Sunmount Sanitorium in Santa Fe to rest.

After a few months of enjoying magnificent views and a constant supply of dry, fresh air, Alice recovered completely; and she and her husband, artist and architect William Penhallow Henderson, made Santa Fe their home the next year.

The second “expatriate,” as the cultural immigrants would be known, was Mabel Ganson Evans Dodge Sterne Luhan. (The last names represent four husbands.) She passed through Santa Fe in 1917 on the way to Taos, about 100 miles north.

A wealthy socialite, arts patron, and author with international connections, Mabel had arrived at the urging of her husband. A Russian artist, he had moved to Taos upon being banished for infidelity. Fascinated by the Southwest, he believed that Mabel would find a cause here: “Save the Indians, their art—culture—reveal it to the world!”

Mabel was indeed intrigued by the landscape and the ancient Native American culture, and she soon imagined that it could become the setting–not to put it lightly–of the rebirth of American civilization. After another divorce, her spiritual embrace of the land and its history deepened with marriage to Tony Luhan, a full-blooded Indian of the Taos Pueblo.

Both women were enormously intelligent and vibrant, and their homes in Santa Fe and Taos became the gathering places of famous writers, artists, and intellectuals. They were free-thinking individuals needing to escape from an emerging American culture inhospitable to their ideals.

Much against the will of many, the United States had entered World War I in 1917, and there was a new focus on military power, industrialization, mechanization, and commercialism that would spur development of a hyper-materialistic society. To escape, the cultural rebels formed colonies in places like Woodstock in New York and Carmel in California as well as in New Mexico.

But back to the “Women of the Rio Grande,” as Alice, Mabel, and all the women who followed them would also be called. They were real individualists, like writers Mary Austin and Willa Cather and artist Georgia O’Keeffe. Many of them were single, some wealthy and eager to invest both time and money in the preservation and support of pueblo culture as well as renowned museums and institutions.

Mabel Dodge Luhan described an atmosphere that was uniquely supportive of feminine creativity and individualism: “They do as they please, they say what they think, and nobody cares, for everyone is busy doing likewise.” It has remained so for 100 years.

Many books have been written about this cultural shift, a significant number dedicated to some aspect of feminine achievement. In fact, one came out in 2003 titled Santa Fe Originals featuring the portraits of 80 women of remarkable diversity and distinction by photographer Athi-Mara-Magadi.

The portraits are striking, not featuring plastic, Hollywood-like-glamour—although some subjects are visually dramatic in their own ways—but the mature peace and dignity that have come from living authentic and meaningful lives. On the cover is retired actress Ali Macgraw who has become an activist with an honored presence on many stages here.

This part of the country has always drawn the creative, adventurous and visionary individual. Many writers have tried to explain its allure, including Oliver La Farge, Santa Fe author of Laughing Boy, a Navajo love story that won the Pulitzer Prize in 1930:

It is a land full of the essence of peace, although its history is one of invasions and conflicts. It is itself, an entity, at times infuriating, at times utterly delightful to its lovers, a land that draws and holds men and women with ties that cannot be explained or submitted to reason.

Northern New Mexico seems to have special appeal for the feminine, and it may be time for a new and conscious wave of activity in that regard. This comes to mind in the moment because there is a movement afoot among millions of women feeling as uncomfortable with our evolving culture as the expatriates did at the onset of World War I.

So let’s assume for a moment that the country stands in urgent need of a new kind of change, and what could be more different than a major feminine role in that? If so, one facet of the initiative could launch in a region where there is much experience in this matter.

Such a change would require the ability to think way, way, way out of the box; and that is a tradition here. Among those attuned to this approach, such a change might be supported spiritually by the land itself and by the pueblo people who have a relationship with it like no other.

But I will close for now, with further background to come and an even larger perspective on the timeliness of a second rising.

3 Responses to “Is a Second Rising Due?”