I have five books on the general subject of plagues. Is Ebola what I’ve been expecting?

Let me start out by saying “Probably not.” I have many books dealing with medicine and health, and plague is just a very interesting topic. However, the most recent book, Spillover by David Quammen, certainly is pertinent to the Ebola outbreak in west Africa. It may not be “The Big One,” the nickname scientists have given to the inevitable next epidemic that will kill millions; however, it gives us a chance to consider why such an event is inevitable.

Quammen, a brilliant science journalist, provides a vivid explanation through his memory of a plague of tent caterpillars in his Montana hometown in 1993. It seemed that autumn had come early that year because all the leaves on trees that had budded in May disappeared in June. Fuzzy gray caterpillars were eating them all day long, and at night one could hear the patter of falling dung.

Residents did everything they could think of to kill the creatures, but nothing worked. The caterpillars ate the town’s trees up “like celery.” Finally they spun cocoons and in a few weeks metamorphosed into moths, hovering overhead, as Quammen put it, “like a large gloomy hunch about the future.”

Such an event is termed an outbreak, and they happen all the time. I remember an outbreak of grasshoppers in El Paso when I was young, and their bodies made the streets so slippery that they caused a number of car accidents.

No one knows what causes outbreaks, but they have one thing in common. They all come to an end. And here comes the scary metaphor. We are an outbreak, Quammen says. And Homo sapiens  is the most serious one that has ever infected the earth.

Humbling thought, isn’t it? So here are the figures. From our origin about 200,000 years ago until 1804, human population rose to a billion. We reached the seven billion mark in 2011 and are now adding about 70 million people yearly. Quammen says that there is no fossil record of any large-bodied beast that has ever achieved such abundance.

An eminent biologist, Edward O. Wilson, did some figuring on this matter. He concluded that when we passed the six-billion mark, we had already exceeded by as much as 100 times the biomass of any animal (wild) that had ever existed. How we have achieved this is complicated, but one must wonder if our fate will be the same as any other outbreak.

We will have only ourselves to blame, of course. As our population grows, for example, we damage the ecology in undeveloped areas, as in Africa, by cutting down trees and cultivating the soil, releasing lethal microbes and scattering the wildlife that will be their carriers.

Some creatures are “reservoirs” of disease but show no sign of it. Bats have been reservoirs for Ebola in the past and have infected apes. Africans eat “bushmeat,” which includes apes, whose populations have been repeatedly decimated by earlier strains of Ebola. Up until this time, these events had occurred in central and eastern Africa. No one knows why this most recent outbreak has occurred in the western part of the continent. 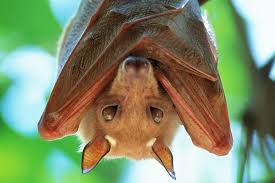 Whatever the future of this strain of Ebola, something else is at large in the world that is adding to human vulnerability to epidemic. That is all the refugees in flight from places afflicted by war and violence and economic disaster.

Yesterday, for example, there was news about a ferry boat container filled with 35 refugees, presumably from India, unloading at a London dock. One man was dead for unknown reasons. Refugees seem to be on the move all over the world on foot, and by boats, vehicles, railroad cars, and airplanes; and no one is monitoring their fitness to travel.

It’s not only refugees who travel, of course, and symptoms of infection can take weeks to manifest. Right now a woman is hospitalized in Albuquerque with symptoms similar to the onset of Ebola. The hospital spokesman says that she is being treated with “an abundance of caution” and Ebola is probably not the cause of her illness; however, she recently returned from a visit to west Africa.

There may be a possibility that this outbreak of Ebola will end as mysteriously as it began, but it provides yet another opportunity to consider the size of the human footprint on this earth and begin to modify it to advantage. As Quammen’s research points out, Homo sapiens  became so abundant because we are awfully smart. Even if our species is currently showing the profile of an outbreak, perhaps our destiny will be suddenly to evolve wisely rather than come to an end.