The automobile has influenced who we are, but it is also an expression of who we are—in the moment.

I’ve been thinking more about that post (“The Fixable Car”) in which I complained about the high-tech innovations in my Prius, most of which are wasted on me as well as costly. It set me to thinking about what I really want in a vehicle, and that has led to an historic review.

The cars we have owned are often important markers in our individual histories. The one I loved most was a green Jeep Grand Cherokee Limited. I know that most of us need SUVs for nothing more perilous than ascending speed bumps, but they do a lot for the imagination. The sound of that engine and the exalted perspective behind the wheel are probably a major reason why a spirit of adventure brought me to Santa Fe. If I had kept my little Buick Skylark, which was disdainfully referred to as the “frumpmobile,” my life would have been entirely different. 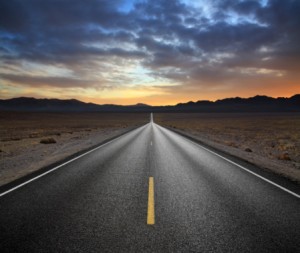 The first Jeep yielded to a second, and then I left Santa Fe to embrace a more conventional life behind the wheel of a Toyota Highlander. On the winter journey back to that life, the heated seats gave me a bad case of diaper rash, which was an ill omen. Through the eventual acquisition of the Prius, I stepped out on a concern for the environment that was a little discordant in the southern city where I was living at the time.

I emerged from the dealership there with Pirelli rims, having succumbed to the idea that they would redeem the “dorky” design. Every time I take it in to have it serviced or repaired, the male attendant comments, “Good looking rims.” The response of my lady friends would be, “What’s a rim?” From now on, perhaps I will care less about what anybody thinks.

Neither I nor my Prius seemed right for my life at the time, and perhaps it was a transitional vehicle. When I set out for Santa Fe again in 2005, it struggled a little during a driving snowstorm. I had bought the car at a dealership called Limbaugh, and when that sign was ripped off in a parking lot one night, I took it as further evidence of closure with another chapter of my life.

I have been very happy with my Prius in most respects. It feels like a very solid, well-made car, and the gas mileage is, of course, great. As I wrote earlier, I could do without all the computerized functions, including the GPS system, if that’s what you call it. It irritates me that red flares will go off if I set out without closing my door securely. I could manage the interior lights all by myself, and I don’t need to know minute by minute what my gas mileage is or how the battery is recharging. I don’t even need to know what the temperature is inside and out, and a key that turns in the door would be just fine. I could go on.

What I would like is a compass like the old Jeep had that tells me where I’m going. (Is this symbolic?) I would also like to have tires that were good on snow and ice as well as dry streets. I would like the body to be higher than the curb so that I don’t scrape every time I park or drive around feeling like my petticoat is showing. I hate to tell Toyota this, but the visibility inside a Prius is very poor both front and back, which is why owners have so many scrapes. And I think this idea of painted bumpers is a problem in general. Going back to metal bumpers that have a bit of a spring in them front and back would be a very good idea.

Like everyone else, auto makers are steadily adding unnecessary features to compete for customers who can be seduced by the latest novelty–like a computer that will tell you what time the tide goes out in Borneo or something. That drives up the cost, of course, and it is another factor that may contribute to the growing feeling that we are less and less in control of our own lives. I found a quote about that by John Keats, who wrote The Insolent Chariots:

The automobile has influenced who we are, but it is also an expression of who we are–in the moment. Does this need to begin to change? I don’t know. I’m just thinking.