Every life has a theme, I think, and that of Terry West, caterer, is an appetite for service.

Terry is my neighbor, and she has been much on my mind since bringing me two quarts of homemade chicken soup to help me recover from the flu. I was as sick as I ever remember being, and it was an experience that inspired extraordinary generosity and kindness among my lady friends. Chicken soup is a classic in this kind of situation, and Terry’s was the best I have ever had.

When I recovered, I asked if I could interview Terry, because I already knew that her life was a very interesting story. And as we visited and I took notes, I learned that it was her step-grandmother, her “Nana” and her association with soup, that made Terry the person she became. 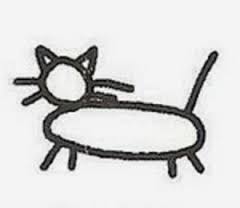 How can this be? Well, when Terry was the age of two, her mother became very ill, and Terry moved in with her grandparents. This was about 1945. The war was over, but people were struggling everywhere, including in Yonkers, New York, where Terry’s family lived. Her grandparents were wonderfully giving people, and during the Depression, they were among those whom hobos identified for each other with hieroglyphics painted on fences. The one for Terry’s Nana was a black cat that meant “A kind lady lives here.”

After retirement, Terry’s ‘s Nana continued to make for needy people a big pot of soup every day out of whatever was at hand. Terry’s grandfather provided a big pot of coffee. They had both been school teachers, and they were also providing a home for a disabled young veteran and a young blind man whom they taught to be self-sufficient. In other ways as well, their lives were focused on service, and that imprinted Terry for life. By age eight, she was back home with her mother, but when her mother became bedridden again, Terry was the one who made meals for her parents and brother.

Her father’s job had taken Terry’s family all over the country by the time she entered Grinnell, “the Harvard of the Midwest,” in Iowa in 1961. She graduated with a combined degree in sociology/psychology and a teaching certificate. Over the ensuing years, as she had four children with her physician husband, her primary career was in elementary education, which is service enough. Right after college, she technically and single-handedly integrated a black school in St. Louis.

Always interested in health, she was one of the earliest mothers to learn Lamaze in order to avoid medicated childbirth. Even while teaching, she helped train other mothers and eventually became a certified instructor. When the family moved to Fort Smith, Arkansas, she became the director of maternal health at the Sisters of Mercy Medical Center.

After her divorce in 1988, Terry moved to Dallas, and that was where her enduring interest in food preparation evolved into a career to help support her children. It began with the proposal to develop meals to sell to parents at the private school where Terry was teaching.  When she remarried years later and moved to Connecticut, she began to volunteer as a chef at her church, and that led to her work as a caterer. In fact, volunteering as a cook at church has been an important pattern of service all her adult life. And that was also the platform from which she launched her career as a caterer in Santa Fe. 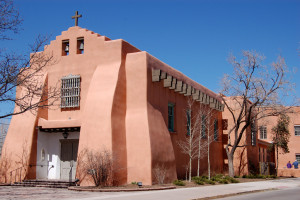 On the occasion of retirement of her current husband, Jerry, they moved here to Santa Fe as the result of pleasant childhood vacation memories in the area. Very soon, they had settled into First Presbyterian Church, which was founded in 1787. Terry organized volunteers to make a variety of soups to provide for congregants in need and the homeless (Nana must be pleased), and the sales of soup also raised funds with which to benefit other community organizations. (The soup ladies recently donated a Cuisinart to the homeless shelter.) Under Terry’s guidance, soup sales rose last year to at least $10,000.

Along the way, Terry’s skill and sociability attracted one private client after another, and now her life is full, serving groups as small as two up to 200, including weddings, funerals, and elite social events like those of the Opera Guild. When she prepared a couple of meals for my family reunion, everyone raved.

Even with a team of five as Terry has, the prospect of catering would be inconceivable to regular people like me, but Terry absolutely loves what she does. Just the research in order to meet special requests keeps her engaged. For example, she had to learn how to prepare haggis for a gentleman who wanted to celebrate the birthday of Robert Burns, the Scottish poet. Haggis is made from sheep organs mixed with suet, seasonings, and oatmeal and boiled in the animal’s stomach. Terry posted a video of the event on Facebook, and a kilted gentleman played bagpipes.

There are a couple of special and helpful gifts that reside in Terry’s brain and taste buds. For one thing, she is blessed by an inner GPS system and always knows where she is and never forgets how to get to an address previously visited, which makes deliveries easy. As she reads a recipe, she can also actually taste it in her mind and thus knows what could be done to improve it. And she just loves cooking. She’s never done drugs or prescriptions to enhance her mood, she says. She just does food.

Terry has a couple of tips for people planning to hire a caterer. She says that (1) you cannot expect a quote until you pick a menu, and (2) a tip for the staff above the base price is apppropriate, 15%-20% just as in a restaurant. Another tip for locals: If you want to buy the soup at First Presbyterian, it is on sale the last Sunday of every month for $10 a quart.

Terry can be reached at twest1942@yahoo.com, and her famous chicken soup recipe follows. I know you’ll enjoy it.

Other notes: This can easily be made into a cream soup with 3 tbsp. of flour shaken with 1-2 cups of cold water. Add just enough to the simmering soup to create some thickening.