“I cannot live without books.”

Thomas Jefferson in a letter to John Adams ( June 1815)

Technology is changing the world so rapidly that keeping up with it is like clinging to the tail of a runaway horse. “Is this what I should be doing?” one wonders. “Wasn’t I once your master?”

A recent play gave me additional perspective on this matter. Titled “Left to Our Own Devices,” it was created from writings by students at Santa Fe University of Art and Design. The young playwrights of this excellent production were Bisi Ademulegun, Morgan Dawson, and Zoe Baillargeon.

As you might guess, the play was about the toll the digital age is taking on young people. All of the actors were very young themselves, ranging in age from eighth grade to college level. This is the generation that is investing more than seven hours a day online in some way, according to a 2010 study by the Kaiser Foundation.

The actors spent the entire evening on stage with their devices in hand. Most of the time they were moving around doing monologues. Occasionally they would try to relate to one another and sometimes with pretend adults. There were moments when the performance was brilliant.

The problems illuminated are familiar to all of us by now, as we look “down” on what is going on among teens fascinated by technology. The novelty was in seeing how aware they also are of the negatives, how wistful they can be about the way things used to be. In a newspaper interview, one of the cast members said that he is looking for a way to get “sucked out of the vortex of the Internet.” 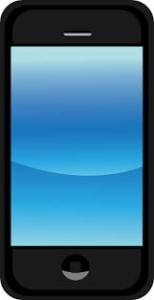 Continually preoccupied with “the blue screen,” as the characters put it, they revealed how hard they find it to make eye contact with their peers. This leads to loss of empathy, bullying, depression, and even suicide.  One young actress played the role of a bullied 12-year-old who took her life by jumping from a water tower. The few dramatized exchanges with parents revealed ways in which even adults now seem a little socially impaired.

This summary may sound as though the play was a downer, but it wasn’t at all. It had traveled among several schools in town, but this was a public performance before mostly adults and I think we were all riveted. The actors typically spoke directly to the audience, and their maturity and eloquence were very engaging. At the same time, there was a sense of a very subtle plea afoot, sounding something like “Help me.” In fact, one eighth grader who commented on the play for the newspaper said, “I don’t have a life outside of my computer. I’m aware of it and it scares me.”

The moment that affected me most was when one character spoke of her inability to get lost in a wonderful book because she has to check her device every few minutes. Anyone who has often been totally enthralled with fiction in particular will appreciate the loss. Ernest Hemingway may have explained it best: “All good books are alike in that they are truer than if they had really happened to you and after you are finished reading one you will feel that all that happened to you and afterwards it all belongs to you: the good and the bad, the ecstasy, the remorse and sorrow, the people and the places and how the weather was.”

There is no way a movie in a theater, on TV, or on a computer screen can match that kind of experience. And yet the blue screen has become an obsession. The implication is that the young no longer have the attention span necessary to read a book like For Whom the Bell Tolls  by Hemingway–or needs to with sites like www.sparknotes.com that summarize content.

At the climax of the play, the stage went dark. The only light was from the cell phones the actors held overhead, and then they too went out. What a relief. The audience rose in a standing ovation. I went down onto the stage afterward and thanked several young actors personally, my eyes unexpectedly misting. I don’t know how they will address the challenges that face them, but their roles in this play revealed tremendous personal potential.

As I walked alone to my car, I nevertheless felt a little sad and concerned about the future. Where is the runaway horse of technology heading? And as a writer, I wondered if these young people are on the leading edge of an age when books will, in fact, become artifacts. I have no idea. As for myself, I intend to circle back and read or reread some of the best books that have ever been written–including at least one Hemingway I have missed.