“In ways we have long understood, in others we are just beginning to understand, night’s natural darkness has always been invaluable for our health and the health of the natural world, and every living creature suffers from its loss.”

An earlier blog extended the invitation to think about the books that have been most important in our lives. I have just finished one that will change forever the way I see the world. 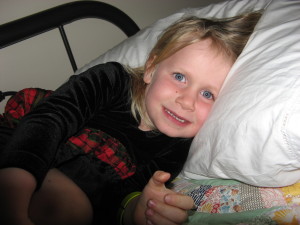 I might not have bought The End of  Night  by Paul Bogard if it hadn’t been for my four-year-old grandniece, Mia. Funny how children can say things that throw you, that make you realize how much the world has changed, and not necessarily for the better.

Mia came for a visit last fall, and for the first time to my home in a new development on the outskirts of Santa Fe. It has been designed with a lot of open space and covenants that limit outdoor lighting so that we can see the stars at night. Mia came and went in the night, and she said over and over again, “It’s so dark. It’s really creepy.”

I hadn’t thought about this before, but Mia lives in Brooklyn, and I wonder how many really dark nights she has ever seen. She doesn’t know that it’s natural, that humans lived with the dark thousands and thousands of years, with skies on a cloudless night filled with more brilliant stars than any of us ever have seen or perhaps ever will.

Even in my protected neighborhood there is ambient light from Santa Fe, Albuquerque, Los Alamos National Labs, and the brilliantly lit parking lot of the nearby community college. Even on the nights when the skies are clear and I can sometimes see the Milky Way, there is artificial light everywhere.

It’s funny how you get accustomed to this very gradually. However, well into the twentieth century outdoor lighting was only by candles, torches, and unreliable lamps. Now some two-thirds of Americans and Europeans no longer experience real night. In fact, light pollution has become another ill that activists all over the world are trying to address for the sake of human health and ecological diversity.

Bogard writes that 30 percent of all vertebrates and more than 60 percent of all invertebrates worldwide are nocturnal, and darkness is essential to matings, migrations, pollinations, and feedings. The absence of darkness disrupts these activities, and change has come so suddenly that wildlife hasn’t had time to adapt to what Borkman calls “the blitzkrieg of artificial light.”

If light pollution is taking a toll on the creatures, what about us? The answer is that sleep disorders are rapidly becoming the most prevalent health concern in the industrialized world, and this has a lot to do with dark deprivation. It was alarming to learn that when we switch on a light just for a few minutes as we get up in the night, it terminates the production of the hormone melatonin. Now researchers are seeing a link between melatonin suppression and the development of breast and prostate cancer, and shift workers are the most vulnerable.

There are issues about the quality of light as well, about the “cobra-headed” street lights that are so bright that they impair vision in aging eyes. Once I started reading this book, I began to notice how unattractive, unnecessary, and even blinding a lot of  outdoor lighting is. But don’t we need it for security? Not necessarily.

Put yourself in the mind of the criminal, we are advised. What does he need in order to pull off a robbery? Well, he needs to see what he’s doing. That’s why much of the brilliant lighting around warehouses and empty parking lots in areas that are not also being monitored by people is referred to as “criminal-friendly lighting.”

And think of the cost of light pollution in terms of energy use. China provides a horrifying example of what could happen if we don’t get this under control. Bogard quoted a visitor who said that there are many places in China where pollution is so severe that only one percent of sunlight reaches the ground. Here I was feeling concerned that Mia hasn’t seen enough stars. In China, many children can’t even see the sun.

So what’s driving light pollution? In many cases, it is lighting manufacturers and energy companies. One expert explained that energy companies have invested in equipment they want to keep running all day long, and they encourage the use of outdoor lighting to even out their peak load. Makes you stop and think, doesn’t it?

Where can we still go in the United States to see the kind of brilliant night-time sky that our ancestors enjoyed? Mauna Kea and Death Valley, Big Bend, and Sequoia national parks are four such refuges from ambient light. Flagstaff, Arizona, is an example of the communities all over the world that are beginning to rethink illumination to ensure that darkness survives.

As for me, I’m cutting way back on my outdoor lighting. It is subtle, but I had been keeping it on all night–for security, I guess, without really thinking about it. No more, though. I have never been afraid of the dark and have been rather attentive to the starlit sky, but it was only upon reading The End of Night that I have realized how precious it is. I am grateful to Mia for prompting this reading. When she visits again, perhaps we will learn some things about constellations–from the sky, not an app.

2 Responses to “Lights Out”