“I’m not going to drink something that came out of a cow’s pants!”

The indignant quote above, renowned within my family, came from a cousin when he discovered where milk comes from. The light dawned the first time he saw my grandfather milk the family cow.

Memories of this nature seem to be stimulated by spending so much time in isolation while also preoccupied with the consequences of COVID-19. In the case of milk, the “Stay home” message to avoid infection has reduced demand for milk products in stores, schools, and restaurants. A recent article in The Santa Fe New Mexican told about dairies pumping unwanted milk into lagoons and irrigation ponds.

Ick. That’s how I felt about milk from the beginning. How did it get to be a staple? 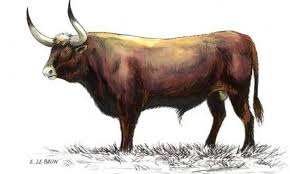 On doing a little research, I discovered that the aurochs was probably the first cow ever milked between 8,000 to 10,000 years ago. A seven-foot-tall giant, it went extinct in Poland in 1627.

Scientists say that humans were lactose intolerant in the beginning. However, the ensuing production of things like butter, cheese, and eventually ice cream probably helped us mutate tolerance that turned cows into a source of income.

So you see where I’m going. As one profitable industry after another is threatened by COVID-19, the mind travels back to memories of our early encounters with them.

As I wrote earlier, the symptoms of COVID-19 have been much milder than historic pandemics, but due to the international effort to contain it, economic consequences threaten to be devastating. And this moment in history is an important factor. There have been voices rising all over the place trying to get us to rethink our way of being in the world, but the audience seems profoundly distracted.

Since I opened with a child’s perspective, I will continue with like imagination. So here is a fictional scene: A feminine presence towers, the brow of her blue and green globe of a head pinched in anger, heat rising from a crown that was once white. At her side stands a much smaller figure in a rose-colored skirt whose shade matches the buds evenly spaced all over her perfectly round little head. The mother figure stands supportive and protective at her side and addresses a group of little troublemakers.

A long finger like the stem on a giant tree points and quivers as though enlivened by a rising wind. “Go to your room!” the mother figure commands. “And don’t come out until you promise to be good!”

Heads of the scamps drop, and they move toward the bedroom door. They close it quietly but not entirely submissively. The maternal expression softens with the faintest touch of amusement. That of the young, sister-like face moves subtly into a smirk. She knows that she has the authority to ensure that the door will not open untimely.

In some ways, as in the case above, the young coronavirus is proving to be disciplinary and even enlightening–if one is open to the idea of a larger role for disease than is customary. Here are a few examples: 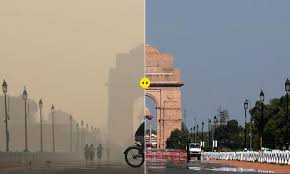 There are other ways in which COVID-19 has served the common good while also creating enormous stress. It has reduced crime rates in some areas where access to treasure has been restricted by shutdowns. It has also delivered a “gut punch” to the illegal drug trade, as an AP article put it. As we go forward, amid all the focus on the chaos the pandemic is causing, there will be ongoing evidence of opportunity afoot to learn how to effect change for the better.

And that point brings me back to the beginning. I don’t know how the milk story turned out for my cousin, but there may ultimately have been a feminine voice giving the order to drink milk “Because I say so. It’s good for you.” And how often have we been cowed by authority and convention to “go along to get along?”

In a way, it’s like we (including our bulls) have been herded into a barn to be milked for profit in ways that have helped bring us to this perilous economic moment. Who knew that COVID-19 would use the dairy industry to help make that point?