The news about Mississippi is often bleak, but there was something different last week—a pioneering legislative initiative that could have an interesting and ripple effect.

My mother was born in Mississippi and I have relatives there, so I keep an eye on the state. Usually the detail is depressing: low test scores, high rates of poverty, and the highest obesity rate in the country. In June, barbaric prison conditions were headline news again.

The story that recently caught my eye was about a new law there designed to address yet another problem, one of the highest teen pregnancy rates in the country. The further problem is that the mothers often refuse to name the father. This makes it difficult to secure child support from the father, who may be a relative, a neighbor, or someone in the household.

The new law, which took effect on July 1, addresses only those cases in which a girl younger than 16 gives birth and refuses to name the father. It requires that blood be collected from the umbilical cord to run tests on the DNA. If the father is an adult, he may be prosecuted for rape. 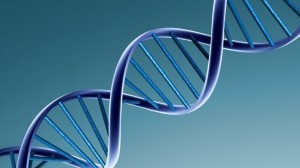 The chief sponsor of the bill is a Republican, and it cruised through the state legislature with no problem. The Senate passed the final version unanimously, and the House by a 98-17 vote. Governor Phil Bryant fully supports it. He says he is still haunted by the stories of raped young girls he encountered as a deputy sheriff.

The law has yet to be implemented, and there is a question of how the $1,000 cost of the DNA analysis will be financed. The ACLU has raised privacy issues. Why it would be important to maintain privacy in this case, I’m not sure. Rapists, murderers, fraudsters, and terrorists all desire privacy. If none of us has it anymore, why should males molesting underage girls be privileged?

The Mississippi law gave me an idea. This is due in part because I am tired of seeing how only the female takes heat for abortion and birth control and has insurance benefits restricted by righteous employers. And when people complain about baby-making as a way to game the welfare system, one can sense the glare at mother.

So what about this? What if the collection of DNA became routine at birth, a procedure no more loaded than determining blood type? Then we would have on hand forever all the information necessary to establish paternity. No telling how valuable this would also be for scientific research and crime prevention, and the volume of procedures would drive down price. Health care entities could make a lot of money from this policy, so one would hope they would lobby forcefully.

I can sense the coming freak-out, but let’s follow the trail a bit. It’s all about “What if?”

What if we set it up so that with proven paternity, the father is automatically obligated for child support of some amount until the child reaches the age of 18? The details would be challenging, but if he is himself a teenager, then his parents would be obligated. Maybe we could provide father with income through a paid, work/training program. Uh oh. I can see it coming. Protests against the “F…. to Work Program.” Nevermind. As awareness of this new response spread, I expect there would be more attention to sex education within families with sons.

When you stop and think about it, the way government has intervened to provide for illegitimate and impoverished children reveals a certain orientation. I can detect The Brotherhood unconsciously at work: Don’t lower the boom on the guys; fix it so they can continue to enjoy sexual freedom largely unrestricted by consequence.

Of course the whole world would be different if it were run by women, but this is one area in which a more balanced influence and advocacy for the feminine could have positive results. We have huge government budgets that would shrink, and this is one way to address the burgeoning overpopulation problem and the growing welfare load.

At the same time, I have to say that women are not saints in this matter. I know a man whose girlfriend wanted a baby, though he didn’t. He is now saddled with support payments for a child with whom he may have little involvement, payments that require him to live close to the bone. If the fiscal aftermath of fun sex were higher profile, behavior would probably adapt.

And if we proceeded to find a mechanism to collect everyone’s DNA up to a certain age,  just think about the run on condoms by single men. The stock price would soar. There would be no more of this “They’re itchy” or “I can’t feel anything.” Or on the other hand, there might suddenly be huge support for birth control entitlement for every fertile female. Maybe one would invest in pharmaceutical stock instead.

This brings to mind an anti-abortion march in Santa Fe about a year ago as I remember. All these people were marching down the street carrying signs and religious symbols—and only one female was visible in the throng. The photo elicited a flood of letters to the editor, including one from me, expressing indignation over the masculine influence. After all, abortion is way downstream of the real problem, and it’s about time men accepted responsibility for their role up at the headwaters.

That’s the feminine voice, rolling pin in hand. How interesting that it has been inspired by the initiative of male legislators in Mississippi. I bet my mother would be proud of them. I am.