The permanent home of Natalie Curtis in 1921 was a tiny, three-room adobe in Santa Fe, New Mexico. However, when she was killed on a Paris street by a speeding motorist on October 23 of that year, about 15,000 people attended her funeral.

So why is Natalie Curtis important today? In part, because in this moment of resurgent feminism, she is an inspiring reminder of how important this revolution is. Natalie Curtis was one of the earliest, daring women who stepped bravely into the New World of the Southwest at the beginning of the 20th century. That story is told by Lesley Poling-Kempes in Ladies of the Canyons. 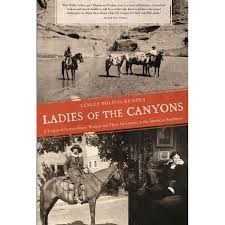 Natalie and her peers had been constrained by conventions of the Victorian era that established their foremost roles as wives and mothers and social representatives of their husbands. Advanced education was not a priority for daughters even among the elite, and Natalie went to only a girl’s school in New York. However, her horizon was broadened by extraordinary musical talent. Blond and tiny with intense blue eyes, she was by her teen years, as Poling-Kempes writes, “recognized as one of the most talented and serious young pianists, male or female, in New York City.”

Her passion for music could have ended in tragedy, however. Practicing six to eight hours a day in preparation for performing a piano concerto with the Philharmonic Orchestra at age 22, she collapsed physically. A factor may have been inner conflict. She knew that a career as a concert pianist was unacceptable to her family, and yet she had no interest in marrying and devoting herself to raising children.

Her recovery was very slow, and ironically, she was eventually rescued by the illness of her older brother, George, a librarian. Afflicted by asthma, he moved west to recover as a ranch hand in the arid, pristine air of Arizona. When he was rehabilitated in both body and mind, Natalie determined to follow suit, and her parents consented. At age 27, she set out  in1902 for a new life in the Southwest.

THE RISE OF INDIAN CONSCIOUSNESS

The Curtis family was ambitious, progressive, and well-connected. George and Natalie first stayed with family friends in Los Angeles. There, a controversial writer and outdoorsman, Charles Lummis, invited them to salons where they mingled with the creative, colorful, and idealistic adventurers who had begun to pour into the Southwest to shape a new, post-war society.

Lummis was indignant about the way government was treating Native Americans. They were viewed as “savages” who needed to be turned into “civilized” Christian farmers. The Bureau of Indian Affairs (BIA) compelled children to be sent to Indian schools where their traditional garments were burned; their hair was cut short; and they were required to abandon their spirituality, learn English, and never again speak their native language or sing their songs. As Natalie listened to the detailed outrage of Lummis, she was initiated into all the elements of institutional injustice. 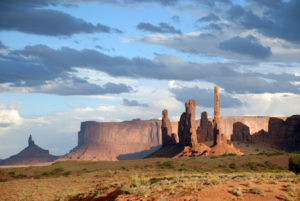 Thanks to him, she was also introduced to Navajo dance and song and became determined to travel to learn more about Native American music. She talked George into taking her to visit the Hopi in Arizona, and they set off traveling by train when they could and by wagon when they couldn’t.

Natalie’s personality was apparently engaging as well as determined, and the Hopi responded to her interest and respect by singing for her and sharing their stories. As her biographer writes, “For Natalie, whose entire life had been the pursuit of music, life was music. In the remote desert world of the Hopi, Natalie was among people who understood what she had always known: music was life.”  It was a community in which every activity, even the most humble, was accompanied by song.

Natalie began to collect this material, but she was doing so in violation of the mission of the BIA. However, due to the intervention of Lummis and her own family’s connections, she was able to convince President Theodore Roosevelt of the value of preserving Native American culture, and he directed the Bureau to give her free rein.

Now she occasionally traveled without her brother, on horseback with only a guide, to meet with Hopi elders in isolated locations. She recorded by hand their stories and their music, learning to sing their songs herself, sometimes sleeping under the stars on a bedroll.

With the approval of President Roosevelt and funds raised by benefactors back in New York, Natalie and George began to travel more widely across Nebraska, the Dakotas, Wisconsin, Oklahoma, and New Mexico as well as Arizona to collect material from 18 different tribes. By 1905, Natalie–now a confirmed spinster at age of 30–had all the material she needed for The Indians’ Book. She retired to a friend’s vacant apartment in Washington, D.C., to write as intensely as she had once practiced the piano, and her book was published in 1907. By the end of that year, she was an established authority on American Indian music. 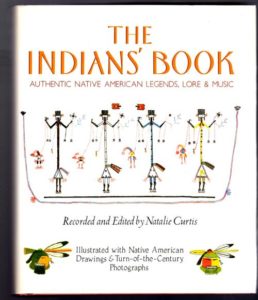 My focus in this blog is on Natalie’s involvement with Native American culture, so I will skip over the detail of the next nine years. They involved a lot of travel, many public speaking engagements, a comprehensive study of African American music, the composing of her own, the writing of many articles for newspapers and magazines, and the publication of other books, including four volumes of Negro folk songs.

How she maintained her independence financially is unclear, since she was unmarried and had no “job.” However, many of the canyon ladies who followed her were very wealthy, and she was often a guest in their homes as well as on her brother’s ranch in California.

A major turning point came in 1916 when she arrived in Santa Fe, determined to make it her home. Her biographer states that the city was now being touted as the “Granada of the Americas,” and New Mexico was promoted as “a destination with natural and cultural sites that rivaled those found in Europe and the Mediterranean . . . a retreat in the American West that offered peace and renewal to those weary of modern, industrial, urban life.”

That was also the year that Natalie met Paul Burlin, an abstract expressionist painter who was 11 years younger. They married the next year in Taos, New Mexico. Natalie’s family discouraged her from having the ceremony in New York because, progressive as they were, he was Jewish. When they went to Paris in 1920, it was because Burlin wanted to spend time in Europe, which was more receptive to modern art. There Natalie discovered an enthusiastic response to her own work with American Indian and Negro music.

The night of her last speech in Paris, Natalie shared the podium at the Sorbonne with a distinguished composer and professor at Harvard University. He took the position that “while there was folk music made in America, it belonged to the Indians and the Negroes, and was not American folk music. Natalie responded that Negroes had been good enough Americans to die for our ideals in wars and that Native American chants came out of the very soil of America itself. She illustrated the latter by singing some of their songs and demonstrating their rattles, and the international audience was “electrified.”

A few days later, the service that Natalie’s passion for music was rendering to all of America came to an end when she was killed by a speeding car after exiting a bus at dusk. She was only 46 years old. 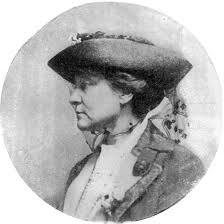 I found a 1987 edition of The Indians’ Book in the library–a 560-page masterpiece. One can learn a lot from a biography, but here my respect for Natalie Curtis took a huge leap. I discovered the voice not only of a wonderful and empathetic writer but also of someone who could communicate with the Indians in a language she intuitively shared. This was revealed in an early exchange she recorded with a Hopi elder chieftain.

After he sang a song, she sat in the hot sun struggling to fix the chant in musical notation with pencil and paper. Eventually she became aware of his curiosity about why this was taking so long, and she said, “Lololomai, you know that when the Hopi sets a trap for the blackbird, sometimes it is long before he can catch his fluttering prey. Your song is a wild blackbird to me, and it may be that the sun will move far along the sky before I have captured it.”

What an extraordinary person Natalie Curtis was. Everything I see in this enchanting book makes me hope I will meet her when my time comes to “follow the western sun,” as the Hopi would say.