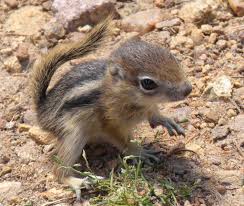 I had held my ground for years. Finally a little baby chipmunk led me to the cliff.

If this evokes a lemming image, that would be appropriate. I’m in flight now, smartphone in hand; how the landing will manifest is uncertain.

SO, WHAT’S THE PROBLEM?

I resisted acquisition for years, mostly because I don’t need a smartphone. How beside-the-point is that? They do amazing things.

But I’m different, I guess. I have many friends and socialize a lot, but I don’t like being in contact all the time. I think this comes from an orientation toward writing. It involves an awful lot of solitary time and hours of intense focus that can be joyful at moments. Peculiar, but oh, well.

Anyway, there are so many addictions afoot in American culture right now, and the smartphone seems to be the latest source. It’s evident everywhere. Phones in hand, people are walking into walls, forgetting to accelerate when the light turns green, contending with irritation when a dining mate interrupts viewing time, etc. Cartoonists are having a wonderful time illustrating the problem.

And the attachment is beginning earlier and earlier. The other day, I saw a man pushing twins in a stroller down a busy sidewalk. The toddlers seemed unaware of all the tourist activity around them. Both were staring glassy-eyed at miniature devices in their hands.

Sometimes I wish I weren’t so observant.  But this may cease to be a problem, since I now own one of these devices. I haven’t had time to work with it much yet, though.

So what role did the baby chipmunk play in this stunning development?

The curtain rose on this tiny creature a couple of weeks ago at The Tea House on Canyon Road–locus of countless art galleries in Santa Fe. I had arrived for a visit with my adventure athlete friend Barbara. If I had been reachable earlier, she would have warned me that she might be running late. Nothing worked though–calls to my home phone, calls and texts to my cellphone. Nothing. She had become desperate.

Hours earlier, Barbara had discovered a baby chipmunk trapped in a corner of a strip mall, nothing but a big parking lot all around. She had called several places to figure out what to do. The New Mexico Wildlife Center in Española finally advised her to capture the little creature in a box punctured with air holes and bring it to them. This was not an easy thing, the tiny chipmunk screaming in fear or anger, but Barbara was finally able to set off for the Center 23 miles north of Santa Fe.

She subsequently rolled in on her bike for our meeting just a few minutes late, and we had a great visit. When she told me the story of the chipmunk, however, I felt guilty about having been so inaccessible. Later I comforted myself:  “How often is there going to be a chipmunk emergency?”

After that, though, other incidents started rolling in like a persistent wake-up call: Difficulty communicating with my landlords about repairs, my car insurance agent trying to text me on my land line, visiting friends from Texas having trouble reaching me, etc.

Then came the moment when my landlord, who lives about 30 miles away, showed me how easily he had reached my address via Silka, or whatever her name is, the map voice. “These things are wonderful,” James said excitedly. “You need to get one, Ellen, or you’ll be left out.”

THE MOMENT OF RECKONING

Isn’t that kind of what I want? Sort of? Not all of the time, of course, but for significant stretches of time.

And I have read a lot about the dark side of the smartphone. Like some of the pharmaceutical companies with opioids, the device manufacturers were apparently aware that addiction was a hazard for buyers. However, they have only recently begun to develop options that will enable adults to limit the amount of time they and their children spend on these devices. But how do you achieve a balance when the smartphone is simply piggybacking on internet technology that is kind of like an epidemic invading every aspect of modern life?

I was thinking about this the other day as I sat at my desk. To my left, a book bristling like a porcupine with sticky notes caught my eye, and I moved into therapeutic clean-up mode. The book is Spillover: Animal Infections and the Next Human Pandemic by David Quammen. Published to great acclaim in 2012, its focus is on the recent “zoonotic” diseases like Ebola, SARS, and AIDs that leapt from animals to humans. The process is called “spillover.”

As I pulled out one sticker after another, the activity was like a review of content as I moved toward the conclusion. There, on the second-to-last page, Quammen’s perspective became relevant to my issues with the smartphone.

Quammen believes that another deadly zoonotic epidemic is inevitable, and he was thinking this even before the tidal wave of immigrants had begun. Some of these refugees come from parts of the world where people are starving due to drought and the loss of farmland. In desperation, they may eat infected wildlife, like the chimpanzees who harbored the Ebola virus, and become international carriers–as all travelers may be–of disease.

However, in the course of his worldwide research on spillover, Quammen ultimately discovered hopeful ground. He decided that the fact that humans are very smart could save us from another pandemic. He refers to an interview with Greg Dwyer, a mathematical ecologist, who came up with a theory that–to my mind–connected smartphone addiction with a disease epidemic.

The transmission of a disease, Dwyer said, “depends on human behavior.” There are the “superspreaders” whose behavior accelerates the spread of disease. But there is a mitigating factor which he called “heterogeneity.” Everybody, everything, does not behave the same, and this can dampen the infection rate.

What this means, explained Quammen, is that “individual effort, individual discernment, individual choice can have huge effects in averting the catastrophes that might otherwise sweep through a herd.” He goes on to give examples. One individual human might refrain from eating a chimpanzee, another might decide not to cough without covering her mouth, not to board a plane while feeling ill, not to share a needle in a shooting gallery, and on and on.

Quammen sums up the reason for hope by quoting Dwyer: “‘Any tiny little thing that people do,’ if it makes them different from one another, from the idealized standard of herd behavior, ‘is going to reduce infection rates.'”

Great. Although I think I will find the smartphone very useful at times, I think I am very unlikely to become a superspreader of addiction. I am comforted.

There are a lot of things that are good about being ground-level human, including our capacity for empathy, compassion, and caring for the wildlife that is disappearing so rapidly. Barbara’s rescue of the little chipmunk is wonderful evidence of the survival of this capacity. Barbara was told that the little guy lived only two days in the Center before dying from trauma, but it served mightily in its brief life. I will certainly never forget it.

4 Responses to “One More for the Smartphone”