An antidote to the anxiety, separation, and polarization of our world today, Erica’s story offers hope that, with a will to serve and an open heart, miracles are possible.

Medicine and Miracles, in the High Desert is a memoir by Erica Elliott, MD, of Santa Fe. Focused on her early experiences teaching on a Navajo reservation, it is a story about how an open heart and mind can transform a life. It certainly inspires one to rethink the orientations behind this troubled moment in history.

This book is just the first in a series that will track Erica’s journey in the development of renowned skills in the diagnosis and treatment of chronic and mysterious illnesses. The remarkable experiences that came to her emanated from the desire to serve and the determination to train the mind and body to brave the risks involved in being unconventional.

Brilliant, multilingual, and a world-class athlete who was the first American woman to climb Aconcagua, the highest mountain in the Western Hemisphere at almost 23,000 feet, Erica is also a mother.

Erica’s experience with the Navajo began in 1971 when she was 23. She arrived in Chinle on the reservation in northeastern Arizona with a teaching certificate from Antioch College but no knowledge at all about Navajo culture. Hired by the Bureau of Indian Affairs (BIA) without any preparatory grounding in bi-cultural education, Erica immediately did something unprecedented. She began to learn the Navajo language.

Navajo contains sounds that Erica had never heard before like glottal stops, guttural and clicking sounds, “and the sound of air blowing while the front of the tongue is placed on the roof of the mouth.” Every vowel has six or more ways it can be pronounced, each changing the meaning of the word. No wonder that the Navajo Code Talkers were able to develop impenetrable military transmissions that served to defeat the Japanese during World War II.

“Wired for language,” as she put it, Erica could speak Navajo by the end of her two years teaching a class of 36 students from ages 9 to 15. But the moment she will never forget is the first morning she greeted them in Navajo. She wrote that they erupted in “gasps and giggles” of delight. 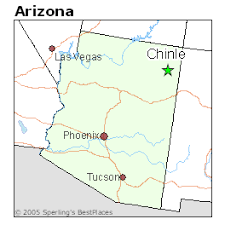 As time went on, the students sometimes found her errors in speech hilarious, but her effort was the foundation on which trust and affection developed. Soon she was welcomed into not only the children’s families but also their ceremonies. Authorized only in healing ceremonies, peyote was sometimes present.

During an early event and before she had learned the language, Erica found in an altered state that she was speaking, singing, and praying in Navajo. By morning, the effect of the peyote had faded, and she could no longer understand what anyone was saying. Everyone present laughed “uproariously,” Erica writes. The Road Man who had guided the ceremony said, “You sure talked up a storm in Navajo last night.” This was only one example of ongoing life experiences that revealed hidden resources in the open mind that remain largely untapped in most of us.

By the end of her first year of teaching, Erica had not only formed close relationships on the reservation but also been so successful with the curriculum she developed that her classroom was chosen by the Bureau of Indian Affairs to be part of its bilingual pilot program in education. However, what Erica learned from the Navajo seems to have been even larger than what she taught them.

Erica writes that the Navajo culture was “earth-based with a strong relationship with nature.” That relationship was also very spiritual and respectful, different from our own. The grandeur and beauty  of the landscape of the nearby Canyon de Chelly enchanted her, and she sometimes explored it on her own, a thing that is no longer allowed. On one occasion, she had an experience with the Navajo belief that creatures can serve as messengers.

This takes me back to the 1897 painting by Frenchman Henri Rousseau that I included in my last post. Titled “The Sleeping Gypsy,” it bears an uncanny resemblance to an experience Erica had in the Canyon. Only by reading her book can you share the impact of the vivid experience, but on one outing, she awoke in a sleeping bag under a full moon to hear a mountain lion sniffing around her face.

Too frightened to move, Erica closed her eyes and, paralyzed by fear, lay perfectly still all night, which probably saved her. A Navajo grandmother later explained the significance of the visitation. She said that the mountain lion had appeared as her spirit guide and if she survived all the obstacles and dangers lying ahead, she would have ” a strong heart and powerful medicine to give to the people.” 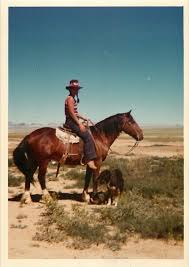 These are just two of the experiences in young Erica’s life that illustrate the daring, dangers, and courage that have distinguished her journey thus far. The stories richly provide for personal insights, and I would like to close with an example in a solitary time near the end of her stay in Arizona.

During her last summer on the reservation, Erica worked for an elderly couple, herding 597 sheep and goats on hundreds of acres. With the exception of her horse, she was alone most of that time. She often talked to Jimmy about the need to figure out her life’s purpose and where to go next–which turned out to be the Peace Corps.

For the readers who are drawn to Erica’s book, this juncture may resonate with the dilemma of the present. Where do we go now? We ponder in a different landscape, that of the long history that has brought us to this moment of seeming stall. It feels like time to rethink–and outside of the box of conventions that have brought us to this pass. Erica’s book inspires one to consider the individual ways in which we might open hearts and minds that could lead to a transformation of the collective.

I attended a book signing by Erica prior to interviewing her for this post, and I was struck by the warmth with which the packed audience responded to her humor and vibrant personality. One individual raised her hand and asked if Erica was taking appointments. She responded that she cannot because she is currently engaged with more than 1,200 patients.

My special thanks to Erica for permission to share quotations from the book.

4 Responses to “Reason for Hope”