I want to say at the outset that I’m not really into astrology, but I’m willing to look into anything that may provide some bearings in this tumultuous time. Fortunately, I know one good place to go–the book Cosmos and Psyche by Richard Tarnas, which I read at the beginning of a new life in Santa Fe back in 2006. 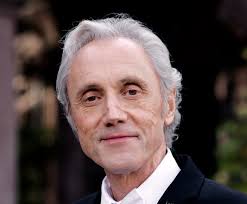 When I review some of the content of both books above, I’m reminded of a luncheon years ago with people who were trying to get acquainted. Someone inquired about the career of one male guest, and he responded, “I’m a  professor of philosophy.” Everyone around the table went quiet–a familiar experience, his smile suggested.

And then someone asked, “What’s the latest on Plato?”

Not really; I made that last part up. However, the chapter on Plato in The Passion of the Western Mind provides insight into the intellectual journey Tarnas had already embarked on to produce Cosmos and Psyche.

It’s hard to imagine a time when people closely monitored the heavens. We are grounded in so many temporal interests, and there is often too much pollution and ambient light to see the stars. Tarnas wrote that in Plato’s day, observers had noted that the heavens possessed a “a regularity and luminous beauty” that contrasted with the constant and chaotic change below. They began to see the heavens as “the residence of the gods.” Observers also noted that significant events in the celestial realm paralleled certain events in terrestrial life.

Plato urged the study of astronomy for man to “awaken divinity within himself and bring his own life into intelligent harmony with the celestial order.” By 1970, Tarnas had begun a 30-year study to discern if there were significant connections between planetary movements and major developments in human history. His findings are the substance of Cosmos and Psyche, which went to press as we stood on the threshold of the Uranus-Pluto square, which would endure from 2007 through 2020. So what were we in for?

Actually, I misled you a little with my eye-catching opening on the Uranus-Pluto square. This hasn’t been a terrible period of time, and we can feel a measure of pride in the ways the experiences under the square–like the Great Recession–may have inspired personal growth. Tarnas was not comfortable with bold predictions but outlined characteristic themes of this square in the past, including the following:

Do you recognize any of these themes in the history of the last 12 years? 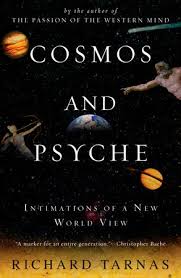 Tarnas concludes with the observation that this era we have been going through is most comparable to that time about 500 years ago “that brought forth the the birth of the modern self.” He went on to say that it was a “period shaped by the rapid spread of a powerful new medium of universal communication, the printed book.” We must compare that with the development of internet technology, a medium of infinitely greater power, it seems.

Tarnas described the challenge that lay ahead of us at the time his book was published: “Our present task is to cultivate a capacity for opening ourselves more fully to ‘the other’ in all its forms–to listen with more keenly discerning ears to other voices and perspectives, other ways of being and knowing, other cultures and other ages, other forms of life, other modes of the universe’s self-disclosure.”

At this remove, it seems that we have failed miserably in this regard. As we look at the conflict rampant in our country and the world at large, it seems that we have found an infinite number of ways to shred the human species worldwide through identity by race, religion, culture, political ideology, language, education, wealth, nationality, and the history of ancient enmities. We are running out of time under this square to open to the “other” in the ways Tarnas described in order to experience “a new dimension of beauty and intelligence in the world.”

Still, reviewing this so-far-unmet challenge brings a kind of relief. It represents an opportunity to think about something else, something of “cosmic” importance, let’s say, beyond the upcoming election that has America in a dither. After all, each of us has daily business with “the other” on a small scale, and it’s comforting to imagine that how we respond could serve to elevate the collective conscious. So how could this come to pass? As Tarnas recommended, by becoming more open every day to what we can learn from all our kind.

2 Responses to “So, What Do the Planets Say?”