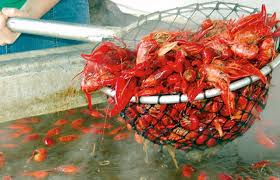 Where the Crawdads Sing, a novel by Delia Owens, has sold an unprecedented 4.5 million copies since it was published in 2018.

So, what’s the deal with this book? I ask this even though I found it a wonderful read. I’m very impressed by Delia’s knowledge, a great plot, and her “lush nature writing,” as Alexandra Alter describes it in a New York Times article, but I think something unusual is also driving even international sales. After all, Alter says that foreign rights to the book have sold in 41 countries. (I’m not being disrespectful in using Delia’s first name. The possessive of Owens is apostrophically challenging.)

I discovered “Crawdads,” as the book is nicknamed, while searching for fiction in the New York Times Bestsellers list. The fact that it had been on the list for an extraordinary 67 weeks caught my eye, but so did the title. Born in Louisiana and having heard many colorful family hunting and fishing stories, I recognized the slang term. However, I didn’t remember ever seeing or eating one of these tiny, lobster-like creatures. Now I had an appetite to learn more. 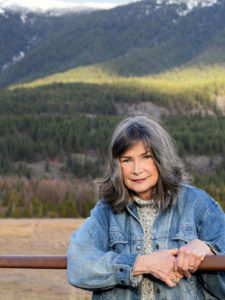 Almost immediately I found the book in a store, and as I read the brief history of the author on the cover, I discovered a coincidence. Like Alexander Von Humboldt whom I had already written about, Delia Owens is first and foremost a scientist of the natural world.

She has a BS in Zoology from the University of Georgia and a PhD in Animal Behavior from the University of California at Davis. She is the coauthor of three internationally bestselling nonfiction books about her life as a wildlife scientist in Africa. Where the Crawdads Sing is her first novel, and it took 10 years to write. She is 70 years old.

Fiction though it is, Delia says that her book is informed by all her years studying wildlife and cut off from society. “It’s about trying to make it in a wild place.” Innately reclusive, Delia “still seems unaccustomed to the spotlight,” says Alter.

Kya, the main character of Delia’s book, is also reclusive. This is the story of the survival of “The Marsh Girl” of North Carolina after being abandoned by her family. Her mother is the first to leave in 1952 when Kya is five years old. The family’s shack, which her abusive and drunken father is the last to leave, is about four miles from the oceanfront village of Barkley Cove. At first Kya lives mostly on grits and eggs but soon adds greens from her mother’s garden. Then come crabs, crayfish (the crawdads), and marsh and oceanfront wildlife as she learns to provide for herself.

Kya is extraordinary in many ways. With the help of a boy a little older than she is, she learns to read and write and studies the books on the science of wildlife that he passes down to her. Slowly she becomes a highly informed and acute observer of the natural world, and like Humboldt, an avid collector of specimens she also draws. She grows into a tall and slender beauty who, with the help of her earliest friend, has a series of books published on her research.

However, in coming of age, Kya encounters a young man whose ensuing violent death causes the village of Barkley Cove to turn against her, believing that the mysterious Marsh Girl murdered him.  Skillfully describing the drama of her trial, Delia leads the reader toward a totally unexpected climax and conclusion.

Through Ater’s article, one senses a quiet and modest demeanor in Delia. She wasn’t even sure that she could write this book, much less enjoy its success. And modest expectations were no doubt counseled by her publisher, G.P. Putnam’s Sons. They began with a run of only 28,000 copies, which sold out almost immediately.

The book’s success is still a mystery in the publishing industry. Alter quotes Jaci Updike, president of sales for Penguin Random House: “I’ve never seen anything like this in 30 years. This book has broken all the friggin’ rules.”  However, at the end of the book, Delia’s acknowledgements are numerous and warm. Some key people must have believed in it, or her, from the beginning.

Intriguing, don’t you think? This book is an anomaly. I imagine that Alexander Von Humboldt’s biography, The Invention of Nature by Andrea Wulf, appeals to both men and women, but I bet women are the foremost fans of Where the Crawdads Sing. I am very glad it took off on home ground and wish it well internationally. If I were an American male sociologist, media magnate, economist, or politician, I would read this book carefully to consider the role it may play in an important cultural shift.

In closing, I would like to leave you with a memorable quote about Kye: “She was bonded to her planet and its life in a way few people are. Rooted solid in this earth. Born of its mother.”

I wonder if the same applies to Delia Owens.

One Response to “So, What’s with the Crawdads?”