“I want to put a ding in the universe.”

What a brash statement, especially coming from a young man in his twenties. However, Steve Jobs, one of the founders of Apple, seems to have been driven by a genius as bold and ruthless as an invading entity. 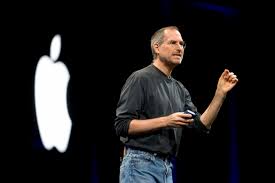 Due to an opera about his life, “The (R) evolution of Steve Jobs,” that I saw in Santa Fe two weeks ago, I have recently learned more about his story. And thanks to the complementary daring of its composer, Mason Bates, my attitude has softened.

This transformation is fundamentally the work of my sister and her husband (Ann and Paul Karlstrom), who became friends with Bates in San Francisco. They invited me and sister Kate to join them at the opera here, and getting prepared involved some research. There was plenty of it at hand because this world premiere was a very, very big deal in Santa Fe.

Absent family influence, however, I probably wouldn’t have been interested. For one thing, I have never worked with a Mac so am not familiar with the wonders of this invention. In addition, Jobs never seemed to have an appealing personality, and I’m not much interested in the tech world.

Jobs’ image was initially enhanced for me by a fascinating talk a few weeks prior to the opera by Doug Menuez, a photographer who tracked his career for fifteen years in a book titled Fearless Genius. What he shared mitigated the “genius/jerk” reputation. Jobs “could be difficult, rude, impatient and even mean,” he said, “but he was also very sweet, funny, a good teacher and an inspiring leader.”

Menuez also sympathetically linked Jobs’ experience of being edged out of Apple beginning in 1984 (he would return in 1997) with the rejection signified by the fact that he was adopted. His life was full of “speed bumps,” as Menuez put it. 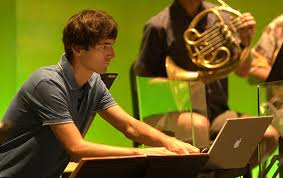 My interest in his story took another leap the night I met Mason Bates at a dinner party. The composer has very impressive credentials in the music world in spite of the fact that he is only 40 years old. With a PhD in composition from UC Berkeley, he has won two international prizes in this field and is a gifted pianist. He composes electric-acoustic works with Apple products and is a club DJ. I have no idea what that would be like, but it sounds interesting.

The moment I met the slender and attractive young man, it was as though I already knew him; and I bet everyone forms that same impression from his attentive responsiveness. So what inspired his interest in Steve Jobs? Well, first of all, there was the obvious connection between Bates’ skill with electronic music and the life story of the man whose technology has helped unleash human creativity. As Bates put it himself, the life of Jobs “encapsulated that tension between what technology enables us to do and the impact it has on our humanity.”

In fact, Bates said that the opera is about “a man who learns to be human again.” Mark Campbell, the librettist whom he asked to collaborate with him, would not have been so gentle. Campbell confessed that Bates continually worked to balance the librettist’s “more cynical perception” of the story with his own “emotional view.”

I could go on and on with detail about the opera–only 90 minutes long, beautiful voices singing in English with music that had no obvious “tunes,” the scenes changing rapidly to track memories and ideas. Just below the conductor in the orchestra pit, Bates worked like a concert pianist on a computer and an electronic keyboard, creating percussion, rhythm, and sound intensity to pace the story. I was riveted the entire time.

At the end of the opera, Jobs faces death with the support of his wife and the teachings of his spiritual adviser, a Zen priest. The moment comes when he addresses the audience and reminds us–counter to what most of his life must have been like–to be present, to be in the moment, to “look at the stars.” Everyone in the audience could do that by turning toward the nighttime sky sparkling above the beautiful landscape in which the open-air theater sits. That moment was my favorite of the night,  Whether its source was the mind of Steve Jobs, Mason Bates, or Mark Campbell, I thought it was a very important, very timely message. 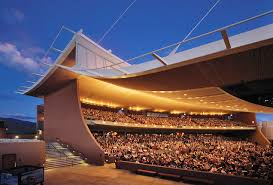 Of course, not all the official critics felt the same way. The New York Times found sappy the implication that Jobs had ultimately been “redeemed by the love of a saintly woman.” The San Francisco Chronicle coverage used instead the terms “mawkish” and “trite” in referring to this denouement. However, the opera received great acclaim in our newspaper, and Bates has been widely praised for creating a new world of sound through cutting-edge technology. It seems clear that genius has inspired genius, and the evolution of opera will accelerate as a result.

“(R) evolution” will now move on to other cities. It will be interesting to see what kind of reception it gets elsewhere. Santa Fe is, after all, known as “The City Different.” However, the critical acclaim in our newspaper, all the standing ovations, and the addition on demand of an unscheduled fifth performance suggest that there will be eager, receptive audiences elsewhere. Perhaps the spirit of Steve Jobs somewhere out there in the universe will pick up the vibration of delight and affirmation.