“Synchronicity is an ever present reality for those who have eyes to see.”

It was the great analytical psychologist Carl Jung who introduced the term synchronicity. It is basically a meaningful coincidence, and my history with it does suggest a link with a subconscious ready to experience something new, to learn from it, and to grow. This post was inspired by a recent synchronicity related to my two previous posts. But first, some background.

THE BLESSING OF STRESS

Back in 1997 in Nashville, I had kind of lost my way. I was home-bound in a new life in which I would serve primarily as the hearth where my husband and I could spend as much time as possible with three wonderful but distant stepchildren. Challenged by adaptation and a fall that had created chronic pain, I welcomed a friend’s recommendation that I make an appointment with a “wonderful” massage therapist.

Kathryn was indeed skillful, and we quickly bonded. Intrigued by all the Native American art and relics from the Southwest in her office, I soon learned that she was also a shamanic practitioner. She gave me articles about shamanism and recommended the book, The Way of the Shaman by Michael Harner, anthropologist and founder of the Foundation of Shamanic studies. I pored over all of it.

I was suffering from kind of a depleted state at the time, and I learned that this could indicate soul loss and the departure of one’s “power animal,” a guardian spirit. I was told that all could be reclaimed, and the conscious cultivation of a relationship with my power animal could greatly enhance my own personal power in the world of ordinary reality. Through a session in “non-ordinary reality,” Kathryn found out why three soul parts had distanced and how I might restore them. She also identified my power animal, Lizard.

THE TIME WITH LIZARD

I can imagine the protest. “Lizard? You said ‘animal.’ A lizard is a reptile! A little bitty reptile! Why not a cheetah or an elk power animal? Why not a power bird, like an eagle or a falcon?”

Kathryn was afraid I would respond in the same way, but I was delighted. It brought up the pleasant memory of lizard sightings in El Paso, Texas, where I had grown up. Startled, they would freeze and stare–at who knows what–ready to sacrifice that long tail to run free. I was immediately ready to roll with Lizard and quickly learned how to journey with him into non-ordinary reality to find guidance.

Lizard remained a resource for over 20 years, an amazing development when I think about it. However, this experience with shamanism launched an intellectual as well as spiritual adventure. I read many books on shamanism, indigenous wisdom, and the language of nature. All that I learned contributed mightily to the earth consciousness that developed on my long walks in the woods with my Samoyed, Cassie.

My guardian spirit Lizard was quite a character, and the paces he put me through were priceless. I even published a memoir about it, Lizard Diary. I learned along the way that mystic and naturalist Ted Andrews saw in the lizard a quality of heightened sensitivity, the ability to hear and see things others don’t. The indigenous people associate it with dreaming, including dreaming/creating a future. 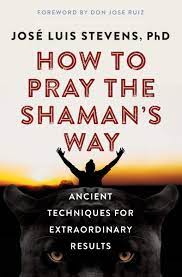 About 10 years after my introduction to shamanism, I moved to Santa Fe to start a new life. I didn’t know at the time that The Power Path School of Shamanism, founded by José Luis Stevens and his wife Lena was here, another synchronicity. And just as I was about to launch this series of posts on our imperiled planet, I learned about the impending publication of José’s book on shamanic prayer. As we go forward, the ability to pray may become an ever more important resource. And since we got into our current mess while praying in ways established by organized religion, perhaps it is time to consider a more ancient way–the shaman’s way.

THE JOURNEY TO THE ANCIENT

If you detected the vibration of humor in that last sentence, you are very discerning. I realize what a leap this topic would be for many people. I have just long been in a seeking mode, exploring many avenues of inquiry about how this world works. And although I eventually moved beyond Lizard’s guidance, the synchronicity of publication of How to Pray the Shaman’s Way suggested that I turn back and take another look. If more detail piques your interest, perhaps the timing of publication will prove a synchronicity for you also.

Let me begin with an introduction to José Luis Stevens, Ph.D., and shaman. His doctoral degree is in counseling psychology from the California Institute of Integral Studies. He completed a 10-year apprenticeship in shamanism with a high-degree Huichol shaman living in the Sierras of Mexico. He also has specific training with Shipibo shamans in the Amazon and the Andes regions of Peru. In addition, he has connected with shamans in Central Australia, Nepal, Finland, and the American Southwest. 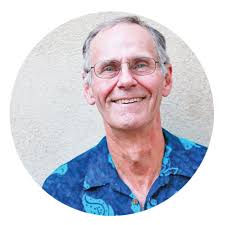 José describes shamanism as “the world’s most ancient nature-based and cross-cultural spiritual path.” He lists 26 individuals all over the world and through history with different spiritual grounding who have taught him something about prayer. Examples include Mahatma Gandhi, Jesus of Nazareth, Teresa of Avila, Rumi, Dalai Lama, and Paul Selig who currently channels The Guides.

José says that the term shaman originated with the Evenki tribe in Siberia and means “he or she who sees in the dark or sees what is hidden.” This must pertain to a shamanic perspective emanating through altered states but in José’s case, also to the knowledge acquired through his doctorate in psychology and the wisdom generated from decades of counseling clients.

I have read the book only once so far, and the thing that really caught my eye was the focus on moving toward oneness through prayer. As news and information flow in moment by moment about how we humans have “desecrated” the planet, as one critic put it, the challenge of course-correcting is overwhelming. Clearly we need to unite as a species to address this matter, but we are fragmented in countless ways, including by organized religion.

The opportunity provided from shamanic perspective is to align with the idea that we humans are all of the same Source (God, Spirit, Creator, the Divine) as is everything on this planet. And we are encouraged to believe that through the techniques of prayer provided, we may begin truly to see that. If we then act on it in alliance with Source, we will be empowered to change the world for the better.

No small thing. A very timely idea, and I think How to Pray the Shaman’s Way could prove a real gift for some in the moment. I’m very aware of how different we all are from each other and in the spiritual resources we can access. This is just one approach among countless opportunities. However, the need to lift individual consciousness seems to be increasing, so perhaps this will speak to some readers who are of the seeking order.

José has included many prayers in his book that work toward aligning the reader with Divine mind, and he is all right with abbreviating or revising them as needed. Here are the last lines of one that especially spoke to me in the moment. Titled “Prayer for Partnership,” it addresses Great Spirit as follows:

“Let us work together

To increase kindness and compassion,

To increase generosity and gratitude,

To fill the world with beauty, hope, and light,

And let us together join others in partnership in your name,

Until we have all remembered that we are one.”

A huge challenge, and perhaps especially for Americans. History will tell, I guess.