I’m referring to Liz Trupin-Pulli of JET Literary Associates, and as of November of this year, she will have spent 50 years in the publishing industry. After arriving in New York in 1970 with a Master’s in English Literature, she began her training with writing contracts, followed by experience as an editor, and finally working as a literary agent. In 1975,  she co-founded JET Literary Associates with her former husband, Jim Trupin. She moved the agency to Santa Fe in 2002. 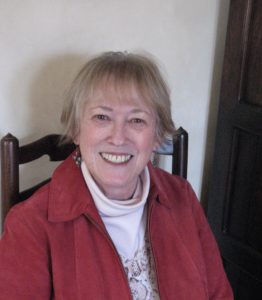 I am very fortunate that Liz has a novel I’ve written under her wing, but my request to interview her for this post was inspired primarily by two, very high profile novels written by women. One is Where the Crawdads Sing by Delia Owens. The other is American Dirt by Jeannine Cummins. The former is the story of an abandoned child surviving in the marshes of North Carolina. It was published in 2018 with modest expectations and has since sold over four million copies worldwide. American Dirt was published with great fanfare last year after earning Cummins a seven-figure advance. This story of a woman fleeing a drug cartel in Mexico with her son almost immediately plunged into a crisis. The problem? Critics condemned Cummins for not being Mexican.

Both outcomes seemed to suggest that the publishing houses were a little out of touch in some ways. In the latter case, a journalist writing about American Dirt in an op-ed in the NY Times  claimed in his title that public reaction was “Proof the Publishing Industry is Broken.”

So what does Liz think? Is the publishing industry broken?

Liz could write a complete book about the history of publishing, so I will skip over an enormous amount of details. However, to summarize her perspective on the last few decades, she sees the track of “unchecked capitalism,” which is invading every aspect of our lives. This includes the art world, and literature is art. She sums up the issue: “Humans have a drive to create. How do you combine art and commerce so that you are being fair to the creator? And how can you ensure that you are providing consumers with something of value that is meaningful, truthful, and openly artistic?”

She didn’t add “–when the making of profit is primary,” but the issue hovers.

Prior to 1970, Liz pointed out, book publishing was considered a “gentleman’s business” run by an “old-boy-school network.” The “serious” books were published in hardcover, and selling 10,000 copies was considered respectable. Every now and then a surprise, mega-bestseller like Gone with the Wind would come along, but it was the era of the “literary” imperative, as she put it.

Then paperback book publishers appeared on the scene with much more affordable books and material that appealed to teenagers. The term “mass market” (referring to paperback buyers) took hold and so did the “Ad Man.” As Liz put it, “The marketing gods began to gain power.”

By the time Liz and Jim started JET, there was a whole new, more dynamic environment. “Big money,” as she called it, began to speculate on stories that might sell well as hardbacks then paperbacks and then movies. The “Hollywoodization” of books, as she described it, had begun.

By the 80s and early 90s, books had become big business, “big glamorous business.” Mass marketing and the decade after the Vietnam War had created a booming economy, and corporations were flush with money, eager to invest in something profitable and prestigious as well.  However, they were not impressed by the publishing industry business model–which was pretty much “pie in the sky” and “if we believe in it hard enough, maybe it will become a bestseller”–and thought MBAs should be brought in to whip it into shape. Soon an even larger opportunity would loom through conglomeration and globalization.

When Liz arrived on the scene, there had been 26 hardcover houses and about 13 somewhat independent paperback houses. Then the merging and acquisition began. Today there are what are referred to as “The Five Big Publishers.” They are huge, multinational conglomerates, but they call themselves “groups,” as in the Penguin Random House Group, which is the largest.  There are divisions within each group, but as Liz says, “they are all beholden to the huge multinational corporation that owns them and must satisfy the hungry shareholders looking for dividends as well as the ‘prestige’ that comes with publishing books. And so,” she says, “the MBAs have finally been victorious over the MFAs. The bottom line is now a lot more important than the fine, well-wrought line.”

THE SHIFT IN POWER STRUCTURE

With the bottom line reigning in importance, the power structure had shifted from the editorial department to the marketing department. The goal, simply stated, is: “Find the next big book that will sell like hotcakes and not only get on the bestseller lists but also stay there for as long as possible before being made into a movie that will become a blockbuster in the US and around the world.”

Marketers also quickly identified the genres that were the bestsellers–mysteries, thrillers, romance novels, science fiction, horror fiction, etc. Liz has recommended that writers wanting to get published identify a genre with which they resonate and try to write accordingly. And, of course, publishers are looking for writers who can produce a successful series.

The publishing scene has been further complicated by the arrival of the e-book challenging print sales. Liz says that demand has now plateaued, however, and print sales are solid again. But marketing has transformed the material of publishing into categories, and one must wonder if creativity is as robust as it once was. Those categories include books by famous authors or about celebrities or endorsed by celebrities like Oprah Winfrey, as Jeannine Cummins’ American Dirt was. And right now, the political scene is very popular with publishers.

The publishing houses are now so competitive and editors and their marketing peers so selective that it really is challenging for new writers to get a toehold at one of the Big Five houses.* Liz has especially high regard for the editors. She says that 99% of them are graduates in the humanities. Marketing is not at the top of their brains, and they must convince their marketing departments and publishing boards that the literary merits of the manuscript they love will attract enough of an audience to make it worth publishing. They work hard to keep the literary imperative alive, Liz says, even if it seems to be on life support at times.

Editors can be seen as the gatekeepers, and the literary agent must gain entry to the publishing houses through them. If the editor resonates with a manuscript and can also find marketing support for it, he or she has to then make a case for publication with the “pub board” that provides funds for advances and gives the final thumbs’ up or down on being able to offer a contract. If the agent has simultaneously submitted a work to the editors of other publishing houses, a bidding war may develop, which is what happened in the case of the seven-figure advance Jeannine Cummins received.

There are even more complications than I will go into, but small publishing houses are multiplying to consider all the good material that doesn’t get published by the big ones. And self-publishing is burgeoning.  Of course, there is also Amazon, which will publish “anything and everything,” as Liz puts it, but no editorial assistance is provided. Is Liz supportive of Amazon? No. She is totally opposed to their determination “to take over the world as we have known it,” she says and won’t buy a thing through them.

Liz loves books and always has. She believes that the publishing industry, and especially their editors, still have their hearts in the right place. Nevertheless, she is concerned about the unchecked capitalism in our culture that can lead to the diminution of humanity–and of language in this case. After all, it is within the family that a love of books and reading seems to have originated and is fostered. However, as capitalism has led to lifestyles so frenetic that parents don’t have reading time to share with children, when screens and devices serve as handy babysitters instead, and when texting supersedes the need of teens to learn how to write complete sentences, well. . . .

Sorry, I drifted into my own rant. In fact, it was very comforting to learn from the history and the insights into the publishing industry that Liz provided. I’m also, of course, very grateful for her efforts on behalf of my own book, but after all she shared, I totally understand the challenge of getting published in this tumultuous era. In a speech she gave at a conference, she said at the end that even with an agent hustling for you, “It’s a total crap shoot!”

Oh, well. Everything is kind of looking that way, isn’t it?

* The Big Five are as follows:

4 Responses to “The Bottom Line vs. the Well-Wrought Line”