The question of “What makes us human?” which I addressed in my last blog , continues to be on my mind. It occurs to me that our experience of sleep is unique. Perhaps dreaming is an essentially human capacity, and what about the way in which sleep can be troubled by conscience and the classic “to-do-list”? Is the difficulty we have just getting a good night’s rest one of the things that makes us human? 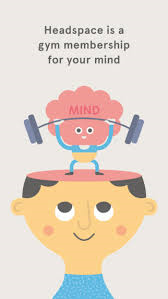 The tech world is working on this problem. I learned this from a friend who referred me to an article in The New Yorker titled “The Higher Life” by Lizzie Widdicombe. It was about an iPhone app called Headspace designed by a Briton named Andy Puddicombe (no relation to Widdicombe). It teaches meditation and mindfulness techniques that Puddicombe learned over 10 years as a Tibetan monk, techniques that have new application in our harried lives.

In fact, many such apps are attracting venture capital, money mobilizing to help those obsessed with making it, sort of. But really, this is on everyone’s mind much of the time–meaning the making of money, the getting of it if you can’t make it, the spending of money, the keeping of money, the investing of money, and the working of one’s will in politics with money. Isn’t money what life in America is about? Or mostly?

Well, it seems like it sometimes. But really, these apps are the brainchildren of well-meaning entrepreneurs dedicated to alleviating the anxiety, sleeplessness, destroyed relationships, and the burnout that result from the all-out pursuit of success in conventional terms. These are symptoms of the suffering named in the first of the Four Noble Truths that the Buddha discovered through enlightenment.

Would the most advanced artificial intelligence similarly suffer? If the tech geniuses program it to “Make money,” what will that mean? As Nick Bostrom humorously suggested in his book, Superintelligence, such a directive might result in the technology turning all of Planet Earth into money–like paper currency, gold, etc. But aren’t we doing that already?

Maybe I’m losing the thread here. To get back on track, let’s imagine an executive trying to achieve mindfulness and peace through Headspace on his way to a meeting at Goldman Sachs in New York. As his driver pulls up to the curb, the executive removes his headphones and puts them and his iPhone into his briefcase. He’s calm and grounded, his mind clear and focused, and now he’s ready to go in and kick ass.

Just kidding, but this strikes me as being really funny. Of course I’m no longer in the rat race and am thus distanced from the suffering that I do, in fact, remember and have seen in others. However, it was nothing like that experienced by Widdicombe while she was writing her article. She described being in a state of low-level hysteria caused by a combination of stress, caffeine, and Instagram addiction.

Widdicombe found Puddicombe’s voice on the Headspace app to be intimate and calming.  It launched in 2012, and has since been downloaded by three million users. As of the publication of this article, it was privately funded; however, Puddicombe has been approached by more than 50 investors and concedes that the intrusion of venture capital is inevitable. Investors know that there is a lot of money to be made from digital therapy.

I don’t mean to disparage the value of the Headspace training in meditation and mindfulness, and clearly, millions of beset individuals are benefiting. One admirer said that Headspace is “like having a monk in your pocket.”

Buddhism is worthy of lifelong study, so the teachings on this app must be like a quiet wave rolling in from a vast ocean of wisdom. As I said, the First Noble Truth speaks to the experience of life as suffering. The Second Noble Truth leads to understanding the cause of suffering as the craving or thirst for something outside ourselves to make us happy. It’s hard to imagine Americans giving up such cravings, so the apps will also help us deal with the absence of enlightenment.

The number of apps that provide digital therapy will no doubt continue to multiply. Widdicombe mentioned Sleepio for insomnia, Buddhify for “mood check-ins,” and Insight Timer for the soothing presence of Tibetan bell sounds.  On a site called Hot Topics, I found additional options as well.

These apps may well be a blessing for individuals driven so hard that they can’t enjoy the refuge of sleep. Ironically, many huge, bottom-line-focused corporations are subscribing in bulk to apps like Headspace for the benefit of employees. One of them is Goldman Sachs.