Can a human stool reveal the future? In a way, maybe.

Three articles on healthcare appearing in rapid succession in The New York Times last week inspired this post. Three of anything makes you perk up, but it was the last article that made the series seem oracular. After all, something has to give. Health insurance is way too expensive and so is the cost of healthcare. Further, our system is extremely confusing, it’s not making us healthier, and even doctors are getting fed up.

Perhaps the most important factor driving cost is the fee-for-service system, which means that patients are charged separately for every item and service provided. The more diagnostics and procedures prescribed, whether necessary or not, the more money physicians and hospitals make.

Nevertheless, according to a February 14 article (“Apprehensive, Many Doctors Shift to Jobs with Salaries” by Elisabeth Rosenthal), physicians are increasingly stressed financially and by the turmoil in the marketplace. In growing numbers, they are beginning to sell their practices to hospitals and healthcare systems and go on salary.

In some systems, they are still being awarded bonuses based on the revenues they produce. A new model is emerging, however, in which they work with one, all-inclusive payment per patient, no matter what the medical issue. There is thus no incentive to over-treat.

Another emerging approach is to provide bonuses for quality care–as if this were a new thing. In this case, physicians are rewarded for many patient approvals as well as low rates of complications and hospital readmissions.

So that was the first article that hinted about the future. The second must have sent a shock wave up the spines of many readers. This one by Gardner Harris on February 16 (“Medicines Made in India Set off Safety Worries) provided a stunning piece of information in two parts: (1) Pharmaceutical companies in India supply 40% of over-the counter and generic prescription drugs consumed in the United States and (2) about one in five are fakes.

Oh, great. And India is not the only problem. The article also noted that “the crucial ingredients for nearly all antibiotics, steroids, and many other lifesaving drugs are now made exclusively in China.” The hair stands up on the back of the neck and with good reason. The FDA is increasing its inspections of Indian pharmaceutical industries, but China is not cooperating.

So, OK. How in the world do we determine whether the pill we’re taking is authentic? Is it possible that we would be safer not taking so many pills? And what about all those antibiotics made with Chinese materials? Aren’t we hearing that we’re overusing antibiotics anyway? 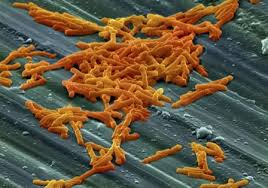 That brings me to the third article, (“A New Kind of Transplant Bank” by Peter Andrey Smith) that appeared on February 18. This one was about a pseudo-epidemic of a gastrointestinal infection caused by a bacteria called Clostridium difficile. It occurs when antibiotics produce an overgrowth that causes persistent diarrhea. It is very common in hospitals and facilities like nursing homes and kills about 14,000 Americans a year.

Until recently, the infection was treated with additional antibiotics. Sometimes they would cure the problem and sometimes it would remain chronic, if not fatal. Now, however, a brilliant new remedy has been discovered: the stool from a healthy donor.

You have to be kidding, right? No, the therapy is that simple. Under sterile conditions and within about two hours, the stool sample is turned into a liquid that is described as looking like chocolate milk. It can be administered to the patient by enema, during a colonoscopy, or through a nasogastric tube. The colony of bacteria in the sample immediately begin to multiply and restore a healthy balance. One patient whose condition would not yield to antibiotics received a transplant early in the day and said she felt like a new person by the afternoon.

Amazing. No pharmaceuticals whatsoever, just human feces. It reminds one of the human body’s enormous capacity for healing, given the right help. And here is where a glimpse into the future comes in. A “stool bank” has been established at MIT to make this remedy available–at cost. The commitment is inspired by excitement over a therapy that is very effective, not one that will make anyone a huge amount of money. Now this is certainly a new concept.

It is making the FDA nervous, however. For the moment, it is not going after physicians who administer the “biologic drug” but plans to issue guidelines later this year. A pharmaceutical company would normally be the source of such materials, but would any one of them want to get into this? After all, how much can they charge for processed feces? They would much rather focus on an orphan drug for a very rare disorder that can be priced at more than $100,000 a year.

So I refer to the “fecal oracle” in my title because this third article in combination with the first three does give a glimpse of a new path in healthcare. First of all, if doctors are relieved of financial pressures, they may become more creative and open to non-surgical, nonpharmaceutical approaches. And if their compensation is maximized by creating  healthy patients, as opposed to very expensive ones, they may counsel in a different way.

Further,  if we the patients become more aware not only of how much harm pharmaceuticals can do but also how little we know about exactly what is in them, perhaps we will seek other routes to health. And finally, the C. difficile infection speaks eloquently of the need for balance. Perhaps health in general is a whole lot about the concept of balance, which we can all explore in many fruitful ways.

Again, the journey toward a new paradigm that creates profit from health rather than healthcare will be a very long one.  However, there are signs in these three articles that it has already begun. Change is coming. The fecal oracle has spoken.

One Response to “The Fecal Oracle”