Are you ready for a way of understanding beyond logic?

Ah, welcome. I’m not sure whom I am addressing in the moment, but I like your open-mindedness. 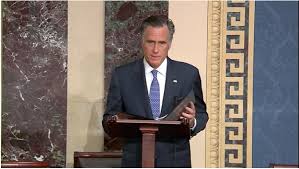 This post is going to be a major detour from my usual content. It was inspired by a Republican senator’s role in an extraordinary moment in history. I refer, of course, to the decision by Mitt Romney to vote for the impeachment of President Trump.  However, my response wasn’t so much to the decision as his demeanor in the way he explained it.

I saw something in the dignity and intelligence of his presentation that was very welcome, and suddenly I was hopeful. To understand what I had registered, I turned to metaphysics–numerology, to be exact.

For those who may react to this idea, I would like to begin with a glance back at deep history. The Greek philosopher Pythagoras may have pioneered this study about 2,500 years ago. It is a way to divine a mystical connection between numbers and coinciding events. This possibility may have innate appeal to humans, since numerology subsequently developed in Roman, Chinese, Egyptian, Arab, and Hebrew cultures as well as Greek. And it still thrives.

My resource in this matter is The Tarot Handbook by Angeles Arrien, a cultural anthropologist who died almost six  years ago. It is a book I have consulted many times over the years in an effort to reach a larger understanding about people, including me, and circumstances.

In her introduction, Arrien explained that her book addresses “the archetypes of inner and outer experiences that are prevalent within human experience.” The point is that what is up with the “headliners” of the moment is also about us as fellow humans and individuals. And what I discovered among those pages may make the unfolding drama pertinent to each one of us.

There are 78 of these tarot archetypes, but only 21 are “life-time symbols.” These relate to the individual’s birth date. One life symbol is the “personality symbol.” Another is the “soul/spiritual symbol.” So what may these reveal about Mitt Romney?

Mitt Romney was born on March 12, 1947, and to discover his archetypal symbols, you add those numbers as follows:  3+12+1947=1962. Then you reduce this down: 1+9+6+2=18. That number is Romney’s personality number, and the archetype is the Moon. To get his soul/spiritual symbol, you further reduce this number by adding 8+1=9. This is the Hermit archetype. So, what do these symbols mean?

With regard to the Moon archetype, Arrien wrote that “The moon is the universal principle of choice-making and authenticity…The ultimate work to be done each day is to choose whether we will support our authentic self or support our false persona or dutiful self.” The text goes on to say that “Choice has three functions. It is through choice that we can 1) create new realities, 2) sustain and maintain current realities, or 3) release and let go of realities that no longer serve us.”

Now let’s look at Romney’s speech in this regard. He mentioned that over the previous weeks he had received numerous calls and texts about his impending vote, some demanding that he “stand with the team.” He was fully aware of the price he would pay for failing to do so, but he ultimately chose to avoid “the censure of my own conscience, ” as he put it.

In Romney’s  judgment, President Trump had in one respect done something that was wrong, “grievously wrong.” In this matter, he chose to meet the Moon archetype challenge and support the “authentic self” rather than the “go-along-to-get-along-self” his colleagues would have preferred.

What about the Hermit as his soul/spiritual symbol? Arrien described this as “the archetype of  the wise person. The Hermit is the lantern-bearer, the way-shower and the wise leader who draws upon internal  wisdom and life’s experience as invaluable resources for assisting others through life’s processes.”

Of course, in considering how a particular archetype pertains to an individual–and there is a whole lot more detail than I have provided–there will always be discrepancies as well as matches. However, the text helped me understand the larger significance I had intuited from Romney’s speech.

Still, I hesitated to go forth with a blog on this topic because I might be perceived as dotty or something. And then I received guidance–in the form of a synchronicity.

Time and time again, I have discovered a potential blog topic through a meaningful coincidence–a synchronicity. I see it as a form of guidance, and one intervened with regard to this post. It appeared when I was on the way to the waste basket with the most recent issue of National Geographic.

Years ago, I loved all the articles in this magazine on nature, science, and history; but after recently subscribing, I haven’t been able to get into it like I once did. I can’t explain it, but after reading one article in the latest issue, I was ready to dump the whole thing. As I walked to the trash, I thumbed through it, giving it one last chance. And then came the synchronicity.

It was an article titled “Tarot’s Italian Roots” by Alex Schechter. Of course the tarot connection is obvious, but anything Italian interests me because I studied in Florence in college. And then I turned the page and saw nine images of cards in the 15th-century Visconti-Sforza Tarot Deck. The first and the biggest? The Moon, Romney’s personality archetype, the one that encourages making choices that support the authentic self.

As I stared at the feminine figure of the Moon, she seemed to be saying, “That means you too, Ellen.” As a result, you are reading my post on Mitt Romney’s numerology.

But I’m not done. Here comes one last synchronicity, and this has to do with the hope that Romney’s speech inspired.

The archetypes that are of primary interest to each individual are the personality and soul/spiritual symbols. However, another that is special in the moment is the one that moves center stage on your birthday. So with regard to Romney, the number derives from March 12, 2020. Add the individual numbers up and you get 2035. In this case, you do not reduce to a single digit, so 2+0+3+5 =10.

This computation identifies the individual’s “growth symbol,” and the archetype for the 10 is the Wheel of Fortune. Arrien wrote that as a growth symbol, it is “the best year to open to unexpected opportunities, to turn your life in more fortunate positive directions, and to grow and expand in new ways.” This will be coming in as Romney turns 73 in March.

Of course, metaphysical theory doesn’t translate into absolute outcomes. We all know that this is going to be a very turbulent year, and Mitt Romney has unexpectedly emerged as a kind of catalyst. However, the effect of his courageous decision may already have played out.

On the other hand, perhaps some important opportunity will emerge from it. Under any circumstances, by the end of the year, we will be able to evaluate the significance of a tarot card reading in his regard. Whatever, we get to watch and be informed, maybe even inspired, by how Romney’s choice to support his “authentic self” will work out for him, and possibly the nation.

And please don’t share this perspective with him. As a devoted Mormon, he will probably not be interested in his numerology.

3 Responses to “The Guided Moment”