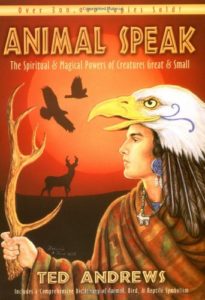 If a power animal manifested to guide you into non-ordinary reality, what would it be?

In this moment in history when reality seems very non-ordinary, the discovery of your shamanic power animal might be transformational. After all, in that tradition, the power animal is a spirit guide dedicated to teaching, helping, and protecting you.

I am following up on my previous post about the entry of the Samoyed puppy Cassie into my life, and the introduction to shamanism and my power animal soon followed. It was due to a synchronicity, one of those meaningful coincidences that seem to manifest as a source of guidance.

It was 1996, and I was stressed out trying to adapt to a very different lifestyle after moving with my former husband to Nashville, Tennessee. The interior designer who was helping me put a new home together suggested a massage with a friend named Kathryn, who soon became a very important presence in my life.

From the beginning, I noticed the elements of indigenous art in her home office and soon learned that she was also a shamanic practitioner. I was doing research on the idea of a new type of healing center based on the premise that there are many different psychic paths to wholeness. Kathryn explained that in shamanic cultures, “soul loss” is often the cause of illness and death and soul retrieval could prevent this. I had no medical issue, but I decided to have a soul retrieval in the name of research.

Before I get into the detail of my experience, I should address an imagined question: “What is a shamanic  practitioner?”

Well, first, shamanism is humanity’s oldest spiritual path, and it is practiced on every continent. The Power Path School of Shamanism in Santa Fe defines it as “the study and practice of accumulating, storing, and utilizing power to suspend everyday laws of nature and to influence and manipulate reality for the purposes of healing, prophesying, divining, and engaging in supernatural feats.” A shamanic practitioner is not a full-fledged shaman but someone who has accessed training to acquire related skills.

On the day of my appointment, Kathryn’s studio was fragrant with the scent of burning sage, immediately invoking memories of the desert around El Paso where I had grown up. A rattle, smudge pot, and various objects symbolizing animal spirits that had previously assisted her on her journeys were arranged on a handkerchief on the carpet.

As we sat on the floor, an elaborate ritual began with greeting the four directions. It was followed by Kathryn’s own hand drumming and then by a recording of a monotonous beat. Having achieved an altered state, she lay down beside me on the carpet and proceeded to embark on a solo expedition into my past. I felt very peaceful and relaxed, a few family memories coming to me. Eventually the drumming began to slow to bring Kathryn back into the moment. She rose up on her knees and blew the ceremonial soul parts into my heart and head.

To be clear about soul loss, I learned in subsequent research that it can range from a tragedy to something as simple as an alarm clock going off at a critical moment in rest. In some cases, the effect can be so powerful that the individual ends up in therapy where the counselor eventually realizes that he or she is trying to work with someone “who is not at home.”

I was not aware of any deficit, but Kathryn came back with three examples. One was symbolized by a blond little four-year old on a road trip with her parents. She was crying because she needed to go to the bathroom, but her father irritably said that there was none nearby. Finally, her mother insisted that he pull off the road. The little girl got out of the car and went behind a rock to do her business–and never came back.

I knew the little girl was me and immediately understood the significance. My father’s chronic illness had created a family culture in which his well-being had to come first, sometimes at the expense of getting our own needs met. There were two other examples that I also recognized as evidence of potential or expression foregone to get along, you might say. I won’t go into further detail except to say that stalled development was the theme.

I hadn’t realized at the outset that Kathryn would discover my power animal on her journey, but now she explained that if a certain creature appeared more than four times en-route, it would be my power animal. Now back to the story of the little four-year-old. When Kathryn discovered her, she was still behind the rock. She was with a lizard, and she said she was never coming back unless it came with her. Lizards appeared many more times in the course of Kathryn’s journey. Lizard was my power animal. 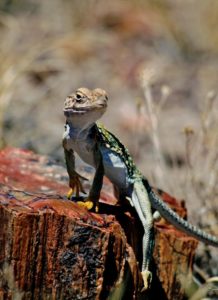 THE CHARACTER OF LIZARD

“Oh, brother,” a reader might respond indignantly. “A lizard power animal? Why not a cheetah? A falcon? An Olympic elk?”

Actually, Kathryn was also concerned, thinking I might be disappointed, but I was delighted. I had seen many lizards while growing up in El Paso and noticed how they could freeze as though sensing, hearing or seeing something very important. When I looked it up in Ted Andrew’s book Animal Speak, I indeed learned that it is associated with “subtlety of perception.” Someone who has a spiritual connection with this creature usually reflects heightened sensitivity–feeling what others may not, seeing things others miss, and hearing things that may not be said.

Do you remember those two comments on my first post when readers noticed a PAY ATTENTION! message emanating from the content? I often have the feeling that people are so distracted and stressed at this time that they aren’t much attuned to what’s going on around them. But then I’m sure I’m often seen as “imagining things” or reading too much into such-and-such.

Anyway, the discovery of a lizard power animal really pleased me. And as I began to reread a book I self-published on my experience with Lizard, I suddenly remembered that the lizard is also associated with survival. After all, it has a tail that easily disconnects when a predator grabs it. That seems symbolically important when our species currently seems at some risk of going extinct.

I’m really flying through this history. However, to summarize, Kathryn taught me the shamanic rituals that created an altered state that enables one to journey into non-ordinary reality to seek enlightenment or often to discover one’s authentic purpose in life. I took to it like a duck takes to water, and the spirit guide manifesting as Lizard became my coach and therapist.

He was quite a character and could take not only many different lizard shapes but also that of a related reptile, an extinct ancestor that could fly, or something as big as an alligator. Sometimes he would also appear in a costume of some kind. He was clearly devoted to me, trying to wake me up, fortify me, encourage me, and ultimately prepare me for a new life. I know the idea of a guardian angel is a lot more comfortable, but when you move into the spirit realm, so to speak, you quickly learn that support doesn’t manifest as you might expect. 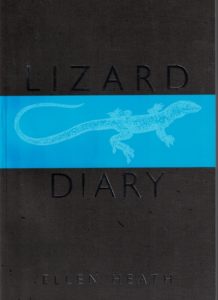 As I said, the story of my experience with journeying into non-ordinary reality is very complicated. However, in rereading my book, I realized that Lizard’s mission as my power animal seemed to be to prepare me eventually to reclaim my life and live it out in my own way. As I moved toward that crisis, I was keeping the home fires burning in Virginia, my husband working in Nashville, the children visiting bi-monthly, and Cassie and I were alone except on weekends. I wanted a life that was meaningful to me on my own terms.

One morning I met Lizard on a plateau where we often convened, and I was thinking about flinging myself off the edge.  Suddenly Lizard descended on wings, scooped me up on his back and let me know it wasn’t time to end my life. I railed against my dilemma.

Lizard responded calmly. “And can you receive? Are you ready to be grateful? Can you say thank you?”

Disgusted by my tone, Lizard took a U-turn and dumped me on the plateau as if I were a bad child.  When he took off, I stuck out my tongue, plugged my thumbs into my ears and wiggled my fingers at him. Lizard immediately turned and roared back, pulling up short to breathe dragon fire into my face.

The person who eventually received my gratitude for being my helper was my husband, who supported me in establishing a base in Santa Fe to try to found “The Center for Transformational Healing,” a concept I had been working on since arriving in Nashville.

Lizard continued to be an important spiritual resource during the ensuing turbulent years, but my need steadily diminished after I divorced and moved to Santa Fe.  One time I tried to enlist him in coming to the aid of a friend. His black eyes looked straight into mine. “I came here to help you,” he said, and I retreated. He may still be there, though, if I need him. Or perhaps a different power animal is waiting in the wings–as one may be for you, if you need it.

From my experience with a power animal, I learned that there must be great potential for the expansion of consciousness in the human mind. Unfortunately, that potential may be restricted by the pursuit of power within our species. Our international leaders and major spiritual authorities practice a dialog that instructs in what we may know and what we should believe. That seems to have brought us to a perilous moment in history that demands that we evolve upward to survive. That could involve exploring the individual’s unique  ability to expand consciousness in the pursuit of truth. Time for the lizard potential in all of us to escape the compromised tail, so to speak.

2 Responses to “The Journey into Non-Ordinary Reality”