So what books have shaped your life?

Every now and then a famous person is asked about a life-altering book or books. Recently Enrique Peña Nieto, president of Mexico, had that experience and he faltered. This was unfortunate for him on two counts. He looked a little less than intellectual, and he failed to gain points by mentioning the Bible.

To be fair, this question should come with some lead time, because the ready answer is probably unusual. In fact I’ve been thinking about the question for days now.

With regard to Nieto, I wonder if one can assume that any individual who rises head and shoulders above the crowd in a good way has found books an important ladder. In retrospect it may be a way to authenticate fame, but that sounds more like memoir time than the vibrant present.

When I read about Nieto’s awkward moment, I realized that I would have had one too. My face would very likely have gone blank as my mind scrambled through decades in search of the three most important books I have ever read, and it made me curious about other people. Can you name three books that have shaped your life? We’ll skip the Bible issue. How about just two? 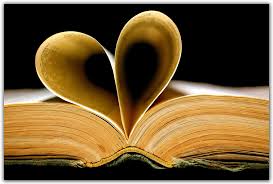 This question inspired a nostalgic review of my own pseudo-book-wormish life. Recent statistics reveal that it is becoming something of a rarity. The Pew Research Center reports that a quarter of American adults have not read a single book in the last year. The number of non-book-readers has nearly tripled since 1978.

This is understandable in a way, because if books are considered entertainment, there is now tremendous competition for our attention. Nevertheless this is a matter of concern in certain quarters. Last year, for example, the National Endowment for the Arts (NEA) published a report (Reading at Risk)  stating that “accelerating declines in literary reading . . .indicate an imminent cultural crisis.”

The good news is that the percentage of young folks reading for pleasure has stopped declining. Last year more than half (52%) read a book outside of work or school, and this is about the same percentage as before the Facebook era.

So what difference does it make? Even though literature has always been assumed to have a civilizing value, this has not been effectively proven through research. The one thing I’m absolutely sure about is that it cultivates imagination.

I still remember summers as a child when my three siblings and I would lie on the lawn in the back yard while our mother read to us–Charles Dickens, Mark Twain, Edgar Allen Poe, Samuel Taylor Coleridge, Victor Hugo, and on and on. I remember being transported into other worlds in a way that no movie has ever equaled. Even when her voice became hoarse, we would  sometimes urge her to go on. She was a great reader.

And as great as movies can be, they cannot equal the experience of a wonderful book. They do not invite you into the psyches of characters so that you see the world through their eyes and experience their thoughts, emotions, and sensations. In the matter of sex, you remain a spectator, a voyeur. I remember well how much I learned about sex from novels.

It probably began soon after my older sister, Ann, introduced me to the facts of life. It began with a question: “You know that thing boys use to go to the bathroom on a picnic?” I think there was one other sentence after that and we were done. Succinct.

However, I pursued further knowledge through my parents’ library and the public library. I found many fascinating novels that filled in the blanks and through which I would experience romantic sex with many partners in many different lives before I actually took the plunge. Safe sex, you might call it, or perhaps literary promiscuity. It was wonderful and it was all right with my parents. They never put any book off limits. If we were reading, it was good.

During those early years, I spent countless hours plastered to my bed and up late at night just reading anything that struck my fancy. It was entertaining and it was educational. The fact is, that there is probably nothing in the world more fun than learning about something that interests you– history, the lives of famous people, animal stories, great adventures, and specific areas of knowledge. The fun will no doubt go on for me until my last day of life.

How sad that things have changed so much in our educational system that young people seem to be numbed out by what they have to learn, not what they want to learn. I personally don’t hold them responsible for contributing to an imminent cultural crisis as NEA fears. Rather I feel sorry for them because of the wonderful experiences foregone and because so many apparently don’t have parents who love to read. In some ways, they may be intellectually impoverished by all the devices that are cutting them off from the wonder of their own imaginations.

So thanks to that awkward moment suffered by President Nieto, I’m ready for that question about books that have shaped my life, if it ever comes up. The three that have been my most constant companions have been the dictionary, a thesaurus, and a style manual for writers, but that makes me sound kind of boring.

If I am interesting at all, it is due to my reading for pleasure. I am deeply grateful for the way the incredible abundance of books in this country has enriched my life. If there is some kind of competition afoot for the best reading experience of all, for the title of master book so to speak, I am happy to say that it is ongoing. My next adventure will be The Sixth Extinction  by Elizabeth Kolbert. I’m sure I’ll report back.

3 Responses to “The Master Books”