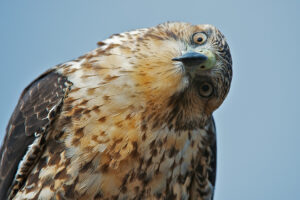 Nothing is wrong. I’ve just been watching and waiting.

As subscribers may have noted, I haven’t posted on my blog since last July. At a time when our country and the entire world seem fractured by division, I wanted to find a new trajectory in my writing that might serve the ideal of unity.

Waiting for inspiration is a very uncomfortable state of being, however. We have to be productive to justify our existence, right? However, day after day passed, and writer’s block only deepened. I kept thinking I should explain to readers, but I put that off too.

In the past, I had discovered that a new interest would sometimes invoke a helpful synchronicity. My attention was just rambling, however. My psychic self seemed to be waiting for some kind of intervention.

As it turned out, the desired coincidence had been pending for months. It began with the publication of a book in April. In August, I received a review of it titled “Avocados, ants, aardvarks and us” by Maggie Doherty. I added it to the “to-read” pile on my desk where it nested until December.

And the name of the book? Four Fifths a Grizzly by Douglas Chadwick. It has inspired an awakening in me, and I hope this experience will be common among other readers as well. The subtitle is promising:  “A New Perspective on Nature that Just Might Save Us All.” 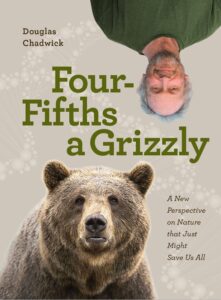 Chadwick seems to have assembled the chapters of his book from almost 40 years of writing about the natural world, including 14 books. After acquiring a B.S in Zoology and an M.S. in Wildlife Biology, he spent seven years studying mountain goats and grizzly bears in northwestern Montana. Adventures with other species all over the world have followed.

Chadwick writes with a voice that is congenial and often humorous, untainted by criticism or ideology. He seems simply to be telling readers the truth of things, which he has learned not only through research and exploration but also conservation projects.

OUR PLACE ON EARTH

The cover of the book suggests that the content may up-end what we thought we knew about nature, which is unfortunately very little in most of us. For example, Chadwick discovered that, as a human, he has four-fifths of the same genes as a grizzly bear. That means you and I do too. We are “greater than human,” as he puts it.

We were already imagining ourselves at the apex of the pyramid of all life on Earth, but this statement lifts us even higher. Due to the further content of Chadwick’s book, it will be reassuring to keep the idea of “greater” in mind. 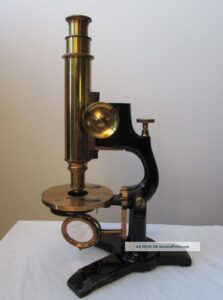 Fortunately, beginning at age ten, Chadwick was able to begin studying life at the bottom of the pyramid. His father, a geologist, gave him an antique Bausch & Lomb microscope, and he began to examine things like mold, pollen, and “squirmers” from pond water. It wasn’t long before he had absorbed “a core fact about life on Earth: most of it is invisible.”

As his studies of the invisible continued to advance, he homed in on the fact that millions of microscopic beings had enabled the first fertilized cells of our ancestors to divide, endure, and multiply. After 350,000 years, they are still essential to our survival, and they are everywhere–in the air; inside our bodies and on our skin; in everything we see, touch, and eat; in everything in Earth as well as on it. We are connected with them all, and that’s where the idea “greater than human” comes from.

This phrase may further elevate the sense of importance of our species, but it is also cautionary. There is a hovering, cinematic idea that if things get too messy here, we could always move to another planet. “Damned unlikely,” one can imagine Chadwick saying. “We may be greater than just human, but we are of the earth. We belong here.”

With that realization and with our standing as the species supreme comes a sense of responsibility. It’s time to get moving–past time probably. That alert comes from stunning statistics appearing in one chapter after another of Chadwick’s “grizzly book.”

The statistics above are alarming. However, I emerged profoundly comforted overall by the content of the grizzly book. Subscribers will remember that I had long ago tuned into the natural world over many years walking in forest preserves with my beloved dog. But I was just a charmed observer; I wasn’t a student. I now realize that Chadwick’s book may help inspire the earth consciousness that will save us.

To summarize, Four Fifths a Grizzly awakens the reader to the way the human species has spread all over the Earth kind of like the bacteria that often infect us. However, Chadwick does not blame us for the universal danger emerging from our presence.

“People are merely continuing to strive for more space and resources,” he writes. “It’s what species do.” On the other hand, he says “it would be good for a species that named itself sapiens–Latin for “wise”–to start choosing smarter paths forward.”

Time to think, right? And I hope future posts will help with that.

3 Responses to “The Moment Has Come”