“We can’t keep this up. We’re going to have to change.”

What a gripping quotation, right? Perhaps you don’t believe that it comes from only me. Great insight. The idea about the need to rescue humanity from extinction is traveling in the ether, so to speak, all over the world. Soon we should be able to do something about it.

I have found radically different approaches to this challenge published in the books of two men, and I intersected with both of them over the last two weeks, but first, their credentials. Both are highly educated and brilliant in very different ways. 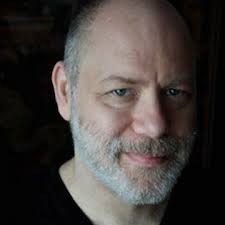 Paul Selig has a BA from New York University (NYU) and an MA from Yale. He served on the faculty of NYU for over 25 years and is the former director of the MFA in Creative Writing Program at Goddard College. A spiritual experience in 1987 left him clairvoyant, and he has since published seven books of material channeled from voices he refers to as “the Guides.” Another will be published in 2020.

I heard Malone speak on October 16, and I immediately ordered his book and set to work reading it. This last weekend, I attended a two-day, channeled workshop in Santa Fe with Paul Selig titled “Claiming a New World.” I have read all of his seven books, and the latest one, Realization, has generated tremendous excitement about the possibility of creating a new world based on the realization of further human potential.

Although their focus is radically different, there is significant common ground in the work of the two men. In the case of Malone, the globalization of businesses and organizations and the Internet connections making communication possible virtually everywhere have inspired his research on how we can collaborate through computers to solve important problems. He analyzes these possibilities in five categories: hierarchies, democracies, markets, communities, and ecosystems.

I could go on for many pages with examples of the different types of ways in which groups were formed to solve problems, unexpected answers sometimes rolling in via computers internationally. One example was the worldwide search for ways to replace diesel energy with renewable, and one idea came from India. Farmers had learned how to replace their diesel irrigation pumps with “clean” and equally effective foot-powered treadle pumps. 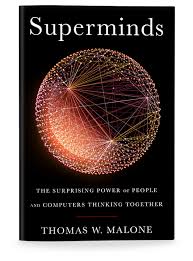 Malone also addresses the way in which all the data now available enables groups to sense what is going on regarding a problem and then are alert for specific helpful clues. This was how researchers in Brazil were able to discover that a large number of babies being born with tiny heads in 2015 was due to a Zika virus first discovered in Uganda in 1947. Through our connectivity today, we can come together to address problems in ways that cause both time and space to shrink.

The Challenge of Realization

The teamwork of people and computers that Malone writes about seems, in a way, to be heading toward a kind of  “oneness” that Paul Selig’s book encompasses. I’m not going into this in great detail, because I realize that the idea of channeling guidance from invisible entities is outlandish to many. However, this material may be of increasing interest as we get more mired in frustration over national and international collective dysfunction, let’s say.

Sometimes all our resources for understanding what’s going on just fail. I was hitting the wall in that way when I heard about a Selig workshop in about 2015, and everything I heard made sense. I’ll provide one example, and that’s it. The Guides point out that all humans are the same species and  of the same source; and yet we’ve embraced this idea of separation, full force, which has led to endless enmity and conflict. I’m referring to separation by nationality, race, religion, income, education, political ideology, community, sexual identity, on and on.

The Guides rarely use the term “God” because it immediately brings up religious dogma. The substitute term used most often is “Source,” capitalized, and they remind over and over again that we are all of the same source, that everything is, that each of us and everything is just a different expression of it. The challenge is to really see this and thus raise the vibration of mankind to make a new world. During the last hour of our meeting, Selig said that millions of people in different countries have begun to lift in this way. I’m not surprised that there is little word about it. This is not the kind of news that interests the media–so far.

But that’s all I’ll share. In a way, Malone with his concept of the potential power of people and computers working together all over the world is about us working as one to solve our special problems. And Paul’s guides are also urging us to embrace the idea that we are all one, that everyone, even people who don’t know how to work with computers, are of the same source no matter where they live on this planet, no matter what they look like, and no matter how they act. And with regard to those we don’t like, the idea is that when we see that truth in them, they will rise to it, no matter what jerks–or bitches–they have been.

Couldn’t help it. That gave me a chuckle. Blessings. I hope some of you will enjoy one of these books.

6 Responses to “The New Agents of Change”