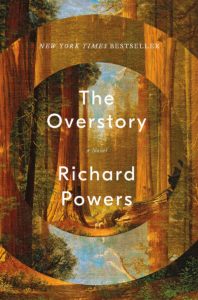 “It’s a book about trees,” says Richard Powers, and humor ripples through the audience.

After all, who wants to read a novel about trees? As it turns out, thousands and thousands of us, enough to put The Overstory on The New York Times bestseller list soon after it was published in April 2018. By September, it was shortlisted for the prestigious Nan Booker Prize.

And the look of the sold-out audience at Richard’s talk at the Lensic Theater in Santa Fe on February 27 suggested that readership is continually widening. The usual sea of silver heads was generously punctuated by the preceding tones. Something new is up.

So what drew me to the event? It was one line in the announcement saying that the story is about “the secret language of trees.” I knew something about that language, and probably many of us do.

If we think back on our lives, the memory of special trees may surface–ones we climbed when young, others that gave us refuge from heat and sun, and some whose changing leaves and ripening fruit attuned us to the seasons. And I hope others have been as fortunate as I was to discover an animated presence in deep woods by walking for years there with a great dog.

Walking in the Redwoods

In fact, The Overstory was inspired by a similar experience. Richard Powers had already published 10 novels when he began hiking among the redwoods in California, the largest trees the world has ever made. This was in the year 2012 in the Santa Cruz Mountains. A Visiting Writer at Stanford University, he was trying to escape the “hubbub of Silicon Valley,” as he put it.

On the trail one day, he encountered a 1,300-year-old tree. Stunned by its height and breadth, he suddenly understood the role the forests had played in establishing Palo Alto and San Francisco. “There is a whole component of human history that we forget,” he said. “There’s amnesia that lets us think we made this world by ourselves. My consciousness was transformed.” And when his consciousness was transformed, countless others followed in the wake of his book. The world will never look quite the same by those of us riveted to those 502 pages.

There are nine characters in the book whom we follow through a series of short stories about their developing lives. We meet them in some cases as children, geographically removed from each other but with a destiny in common. With each person, there is something–like family history, an accident, a conversation, a piece of information–that very subtly begins to catalyze an awareness of the importance of trees to life on earth. In sections titled “Trunk,” Crown,” and “Seeds,” the characters’ awakening accelerates and intensifies until some begin to convene as activists.

But who is Richard Powers? 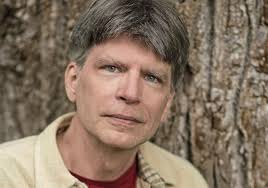 As I read, I began to wonder, “Who is this guy? Is he an alien who has come to save us?” In photos, Richard’s eyes are piercing under an unusual, soup-bowl haircut. On stage, however, he seemed boyish at 61, tall, slender, humorous and affectionate with his interviewer Tayari Jones, also a writer and a close friend. But he is most unusual.

Powers has described himself as a “serial enthusiast.” He became an accomplished vocalist growing up but also plays the guitar, clarinet, and saxophone. He had planned to get a college degree in physics but found that it demanded “intolerable specialization.” He moved into English literature, in which he earned an MA at the University of Illinois at Urbana-Champaign. Early on, he worked as a computer programmer, which led to integrating artificial intelligence into his writing and a video-game-creator genius in this book.

His encounter with the redwood in California eventually led to moving to the Great Smoky Mountains where he worked on The Overstory for five and a half years. In summing up its meaning, he says that it “identifies an urgent problem: our alienation from the place we live and the creatures we share it with.” He does not hesitate to suggest that we humans, who have effectively destroyed all but 2 to 3% of the original forests in America, are in acute peril as well.

The more I learned about trees in this book, the more humbled I felt about my own ignorance. The primary source of scientific information is a female dendrologist (an expert on trees and woody plants) named Patricia who makes some breakthrough discoveries. The most important to me was the detail about the way trees live in community in the forests, providing for each other and every other form of life there. 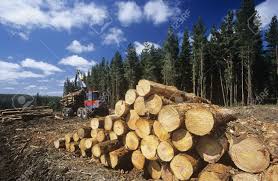 Another Forest Goes Down

At one point, there was a reference to the timber in the great ships of the explorers and settlers who transformed this continent. Suddenly my mind took off with all the ways in which trees have served human advancement–in providing heat and light and the materials for all forms of construction, the making of wagons and carriages, tools and weapons, and the building of railroads and the cars that traveled them. And how about furniture, and stringed musical instruments like violins, guitars, and pianos? How about paper for books, newspapers, magazines, packaging, and office and education materials? And do we ever stop to appreciate, to feel grateful?

Suddenly even my home looked different. Everywhere I turn, the progeny of the virgin forests is present–in the beamed ceilings, doors, cabinets, window frames, picture frames, and furniture including the shelves full of books. And in only one case–an heirloom cedar chest–can I actually identify the type of wood. And I had never stopped to appreciate, to feel grateful. Now every time I wipe my lips on a paper napkin, I may think of a tree that gave its life so I could be tidy.

And this is only the beginning. The mind travels to the forecast Sixth Great Extinction. As species beyond trees begin to disappear one after another, one has to wonder what our own departure would mean. What of value do we add to the great Web of Life? Which creatures would suffer from our absence? Of course, it would be hard on domesticated animals initially; however, if we don’t totally destroy their natural habitat, they would probably regain old survival skills. But what wild creatures would miss us? Nature’s clean-up crew comes to mind: crows, ravens, vultures. Oh, right. Rodents like rats and mice would be devastated. Everything else would probably heave a sigh relief.

Maybe it’s time to rethink our presence on earth. As the debate rises in Washington about whether or not CO2 levels really matter, our role if any in climate change, the economic cost of doing anything about it, and which ideology should rule in this matter, respite lies in reading The Overstory. All of a sudden the reader may simply get it: We humans have violated the hospitality of this incredibly gracious planet like no other creature in history. Perhaps it’s time to wake up to that truth instead of continuing to risk extinction through the ruthless pursuit of power and profit. 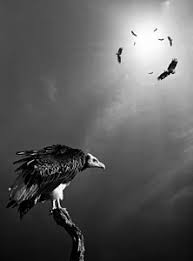 Waiting for Us to Decide?

I’m sure the ripple effect of this book is on the move in ways that will become steadily more visible. And Richard Powers isn’t done. Four days every week he walks in the Smokies, and he says he is planning to write The Overstory again and again “from different aspects and elevations.” He will, like certain characters in his book, be trying to find out “what it would take for people to unsuicide.” That question undoubtedly feels most urgent to the young people who were in that audience, and their peers.

2 Responses to “The Overstory Triumphs”