How we approach “the other,” and how we approach each other, will shape everything, including our own evolving self and the cosmos in which we participate.

This will be my last blog relating to The Denial of Death by the cultural anthropologist Ernest Becker. Again, the book is about the way the world has been shaped by the hero system that man has developed to cope with the fear of death.

Becker’s hope was that the greater understanding of self that has resulted from the developing field of psychoanalysis might further the evolution of mankind. Near the conclusion of his book, he stated the belief that we could eventually create communities of “awe-filled creatures trying to live in harmony with the rest of creation.” This thought was published in 1973.

From our vantage point in 2015, Becker’s optimism seems ironic. The world is extremely unstable, even flammable; and the tribal nature of conflict in the Middle East and the brutal treatment of women seem to take us back to barbaric times rather than forward toward a harmonious future.

This is one of those moments when the ability to divine would come in handy. As I wrote before, the one belief that all humans may share is the belief in cycles. Astrology is an ancient system based on the study of cycles, patterns, and relationships. Since we seem to be running out of ideas otherwise, why not look at what generally seems to be on the horizon according to astrology?

My reference in this matter is the book Cosmos and Psyche, which was written by Richard Tarnas, a cultural historian and professor of philosophy and depth psychology. He wrote an earlier bestselling book about the history of Western thought (The Passion of the Western Mind) that became required reading in many universities. Cosmos and Psyche is the result of 30 years dedicated to studying whether planetary movements affect human experience. It was published in 2006.

It’s a very long and complicated book, but its conclusion is that there are general correlations between planetary movements and archetypal, human experiences. Tarnas saw many similarities with the 30s and the 60s in recent and imminent alignments. In spite of the economic distress and the cultural turbulence afoot as his book went to press, he, like Becker, saw reason for hope. “The stars” let us say, suggested to him that the time was coming when we could have a greater dialogue between ourselves and the cosmos, and this would depend on both inward and outward observation and analysis.

It was at this point that he turned to the idea that we need to be more open to the classic concept of “the other” in all its forms. The other is that which is not familiar, which is fundamentally not “us.” He recommended that we listen more keenly “to other voices and perspectives, other ways of  being and knowing, other cultures and other ages, other forms of life . . .” So how is this opportunity showing up? Well, here is one important way: Islam is coming.

Maybe Americans kind of know this at a subconscious level, but the focus is on the facet of this religion that we find extremely threatening. That is in the jihadists and ISIS in particular. However, those individuals are at the extreme, and their approach feels kind of like the stickers in a dust storm that may precede rain out here in the West. The dust storm ends; the weather moves on in.

The coming weather, symbolically speaking, is that the number of Muslims worldwide is growing rapidly, more rapidly than any other religion. By the year 2050, the number may nearly equal the number of Christians worldwide. My generation won’t be around to see that, but it does seem to send out an urgent “Get ready” message. I don’t mean that this is a thing to be feared; it means that Americans need to become educated about this religion. This is “the other” in classical terms.

I’m getting my information on this trend from a study on “The Future of World Religions” published this spring by the respected Pew Research Center. There are caveats at the end of the report. The conclusions are based in part on the assumption that current trends will continue, but many events could shift those trends. These include “scientific discoveries, armed conflicts, social movements, political upheavals, natural disasters and changing economic conditions.”

As to the big picture, however, it is estimated that the number of Christians worldwide will generally pace population growth while Muslims are exceeding it. This is due to a different demographic. In general, Muslims are younger than Christians and have a higher fertility rate. Their fertility rate is 3.1 to 2.1 for Christians.

So that’s the lay of the land, and a startling change from the history of religion as we have known it. In short, Christianity has been the largest for over 2,000 years. If the current trends continue, it seems that each religion could account for about one-third of the world’s population by the next century, and beyond that . . .

So in a cosmic sense and from our perspective, “the other” is looming on the horizon. As I said, I don’t think this is cause for fear, but it is cause to open a new field of study. Perhaps some of my readers are more learned, but I know virtually nothing about Islam or the many early gifts to civilization in the arts, sciences, and mathematics that came from Muslims. It is clearly time to show them the courtesy of interest in their story. And the more we learn, the more intelligent our response may be.

Now to walk my talk. I have just ordered from The Great Courses a series of 60 lectures on “Great World Religions.” I guess I’m going to be busy. 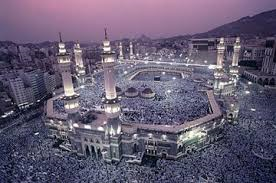 One Response to “The Rise of “The Other””