“Autumn is a second spring when every leaf is a flower.”

When you set an intention in a very clear way, the Universe can respond. When I review my own history, I can see how many times the intention to live a healthy life manifested resources that have made that possible. Another such opportunity appeared when I met Moshe Shifrine, PhD, four years ago. 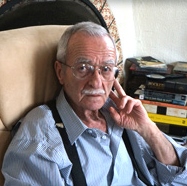 Moshe is a retired professor of immunology at the University of California, but his doctoral degree is in mycology, the branch of botany dealing with fungi. Ever since his retirement in 1986, he has been on a scientific journey focused on the mystery of the appeal and the power of the truffle—specifically the black truffle. That journey has led to a patent for an invention, Vitali-T-Boost, that stimulates testosterone production. The source is testosterone produced by the black truffle, molecules of which are preserved in an extract.

That’s a lot to take in all at once, so let me continue with some very important points:

The Story of Discovery

The story of Moshe’s scientific journey is fascinating. If you have begun to wonder if pigs are somehow involved, you would be correct. In fact, they have long been used to hunt truffles. The reason is that they have a powerful sense of smell. The scent of the truffle underground reminds the sow of boar saliva, and she begins to dig eagerly. Because it can be dangerous to get between a sow and her truffle, dogs are now being trained to hunt them.

Another stunning detail is that pigs have long been used in scientific research because their physiology is so much like our own. Who knew? And it was Moshe who discovered that the way in which pig bodies were affected by the scent of truffle testosterone was relevant to human bodies. So back to the truffle trail, which begins with the fact that the black truffle is very expensive, currently selling for about $98 per ounce. 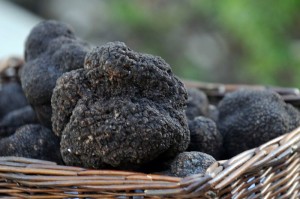 As a mycologist, Moshe wondered if the black truffle could be grown hydroponically. This experiment was a success, but the truffle grew in sheets rather than the walnut-like shape that inspires culinary ecstacy. As an experiment, the truffle sheets were converted into a powder that was added to pig feed in the very low dose of one gram per ton. It turned out that the mixture extraordinarily accelerated weight gain in lean meat rather than fat—in spite of significantly lower feed consumption. The cause? Olfaction of testosterone.

Olfaction is a complicated concept, but when the pigs breathed the testosterone while eating, it traveled to receptors in the olfactory bulb of the nose. These, in turn, sent a message to the pig brain to stimulate testosterone production. Once he had figured this out, Moshe proceeded to create an alcohol extract in which  to insert molecules of truffle testosterone for human olfaction. It is squirted on the hand from a small tube and then smelled—a very pleasant scent, by the way.

Moshe’s patent is for testosterone olfaction, and his research for it was performed on men. If you go to the web page for Vitali-T-Boost, you will see that it most specifically addresses the benefits of higher testosterone for the masculine. These include increased strength and stamina, increased libido, improved mood and focus. However, women experience significant benefits as well. These are especially pronounced during menopause and include relief from hot flashes, loss of libido, sleeplessness, and lack of vitality. In both sexes, it benefits cognition, blood pressure, and bone health. And because Alzheimer’s is associated with low testosterone, raising it may be preventive. 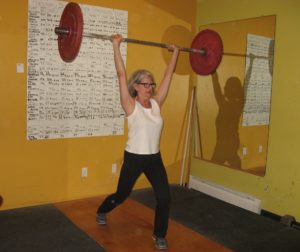 A Beginner Clean and Jerk

Everybody is different, of course, and may respond differently due to the existing testosterone level and specific ways in which the body is out of balance. Among women, I have heard anecdotes about stress relief, enhanced energy and mood, and the elimination of “brain fog.” In my own case, it seems to have helped me build strength and energy at age 72 for gym workouts that become steadily more taxing.

As readers know, my recent blogs have shown a focus on the need for the feminine to play a larger role in the story of humanity, and I think that is especially true regarding those of us who have “the long view,” so to speak. However, this responsibility converges at a time when “ageism,” that prejudice or discrimination on the basis of a person’s age, is afoot. Those of us in that cohort may have more to offer than ever before, but we need to feel that way. And with elevated testosterone, one may actually experience what is known as a “second spring,” a time when wisdom flowers and along with it a new sense of self-worth.

And what better example of the value of his invention for men than Moshe Shifrine, who has labored so many years to bring his discovery to light for the sake of those much younger. At age 89, his intellect and vitality are living proof of the importance of his discovery.

As I left a meeting with his managing partner, Kimi Ginoza Green, with a tablet of notes and all the research papers I had studied, I suddenly experienced a surge of excitement. “This is a go,” I thought. I hope you will be moved to try it, and by sharing the benefits of your own experience, help make it so.

2 Responses to “The Scent of a Second Spring: Vitali-T-Boost”