A blog title with money in it was very effective, so now I’m trying sex.

I have a service called Google Analytics that enables me to check periodically on the “pageviews” on my blog. I discovered just recently that a post with the word money in the title got an unusual amount of attention. But what about sex? Does that word have similar impact? I thought I would try an experiment by writing about the nature of the sexy men of Santa Fe. Sexy to me anyway.

Presentation is important in this matter, and I must point out that Santa Fe’s economy is fueled in a very large way by tourism, so the casual look has been embraced by pretty much the entire community. That means shorts, jeans, T-shirts, baseball caps, running shoes, and an “I am on vacation” kind of grooming for many of the men. They may even wear jeans to the ballet and the opera.

The business suit is a real eye-catcher, and we see them most often when the legislature is in session early in the year. The sight of dressy overcoats and leather briefcases walking to the capital causes the sap to rise nostalgically among some of the ladies my age. It reminds us of the good old dressed-up days when we were in the hunt, so to speak.

I have to admit that I miss the sense of style that once was–and must still be in some settings–an asset to ambition. I personally am getting really tired of the Silicon Valley scruffy look that says something along the lines of “I’m so smart that I don’t have to bathe.”

After nine years in Santa Fe, I perk up if I see a man in an ironed shirt that is actually tucked in. There is a young man who comes to my gym straight from work who arrives in such a shirt and beautifully tailored slacks and actual leather shoes. I bet he’s in financial planning or something. I have the urge to walk up to him and say, “I love your pants,” but I don’t know how he would take it.

Masculine style does not depend on money. Proof of that is in two Hispanic men who are members of the ground crew in my development. The way they dress must represent a particular region in Mexico, and I see it every now and then in Santa Fe–good jeans on a lean body, long-sleeved shirt tucked in above a wide belt, and a white straw cowboy hat and boots. Our maintenance guys look good no matter what they’re doing, and that inspires respect.

And a hat can be a real asset. I saw a dapper one over coffee the other morning, and it felt like a compliment. In dream symbolism, a hat represents authority, and we all probably know that subconsciously. Not all men know how to wear a hat well, but the right one gives a man stature, which women like. A cap is a cap, not a hat.

But back to the tourist scene. Santa Fe seems to appeal most to older, affluent vacationers, so the men often reveal what we could refer to as the thickened profile of prosperity. Never mind. Every now and then one sees the muscled calf or the corded forearm of a golfer, and that is a pleasure.

So is the sight of a man parallel parking a big SUV in one smooth move. It doesn’t matter the girth under the safety belt. Somehow it looks a bit like hog-tying a steer or landing a helicopter or working a power boat into a dock. Hard to explain, but nice.

Pride in mechanical skills is basically a very appealing quality in the male, and you often see it in guys working with heavy equipment. For example, last week the young man who is doing a lot of work on the home he bought next door was moving earth with a Bobcat tractor or something like that. He was a speedster, digging and dumping and twirling around like the machine was a child’s toy. I bet that was a real turn-on for his pretty wife.

Guys riding around on motor cycles have another kind of mechanical appeal. Here it’s in one foot.

The next time you’re behind a motor cyclist stopped in traffic, watch what he does with the standing leg when he starts up again. If a man picks up his foot and just puts it on the peddle, nothing happens. But if he swings it out a bit in a very subtle flourish, something in the feminine psyche goes “Ooh.” It doesn’t matter if the physique in the saddle is shaped like a barrel, which it often is, that leg has flair. We like flair.

Another point: Masculine beauty and sexiness can be a thing of parts rather than the whole. We have many serious cyclists in Santa Fe. One wonders if the men peddling down the road, their muscular little bottoms shifting back and forth in black tights, are fully aware of  the feminine attention following in cars. There is no great urge to pass and see the face, you know. 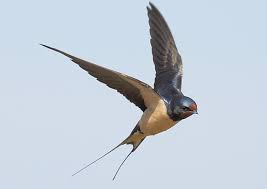 And masculine sexiness doesn’t have to be pertinent to the feminine observer. For example, back in the gym I have observed with admiration the transformation of a young man who is obviously gay. He is very tall and broad-shouldered, big in an unusual way for an Hispanic.

When he first came in, he was overweight. However, over the ensuing months and due to working out every day, including many miles on a Precor climber with a slightly provocative swish of hips, he has dropped many pounds and sculpted himself into a work of art. He keeps apart through earphones, but he doesn’t really need to do that to create a safe zone. He’s clearly not the kind of guy you would want to mess with. Women like that aura on general principle.

This is kind of fun. In writing this, I have become aware of the the ways in which men, whether they are aware of it or not, show off.  It is a matter of displaying qualities like the long streamers in the male barn swallow that reveal genetic superiority. Maybe there is a season of life for that, or maybe it just goes on forever–a matter of pride or something. I don’t know, but I’ll keep thinking about it.

And now time for the gym. Those poor guys. I wonder if they know how much I notice. Nothing personal, of course. Intellectual. Analytical. But nothing personal.

One Response to “The Sexy Men of Santa Fe”