How great it is that there are those among us who know what’s going on.

It’s unnerving, isn’t it, to realize how much we don’t know. I work daily on being present, informed, and analytical; and I kind of imagine that I am thinking about important things. I didn’t realize that what I’m thinking about is largely outside my control. Thank goodness for the tip by Christopher Bell, a media studies scholar.

A friend recently emailed me his speech for TED Talks. TED is a nonprofit dedicated to spreading ideas in technology, entertainment, and design.  I’m not much into the media of popular culture, especially the superhero movies that were his focus, so it was great to find out what’s going on there. And within Bell’s speech were three important points to keep generally in mind:

Feeling intellectually claustrophobic yet? Now don’t react by turning me off. Bell was mediated, and now I’m mediating him. But you don’t have to think what Bell thinks, you can just think what you think about what Bell thinks. I’ll share what I think about it at the end, and you can disagree or be inspired, at which point you would be thinking originally, or close to it–third removed actually. Oh, well.

Bell’s concern was about how his daughter’s sense of self–as is the case in all young girls–is being mediated. He described his nine-year-old as a nerd and an exceptional athlete, a three-times state champion in Shaolin Kempo karate who is halfway to a black belt. She loves to dress up like superhero characters like Groot, The Incredible Hulk, Obi-Wan Kenobi, or Darth Maul. And Bell’s question was this: Why are all the costumes for boys? Where is all the female superhero stuff? 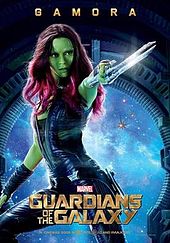 Bell was also indignant about the shortage of these feminine superheroes in movies. As he spoke this summer, there were 30 in the works with superheroes and only two with female heroines. Bell said that “what these companies are teaching my daughter is that even if she is strong and smart and fast and fights like a ninja . . . it doesn’t matter.” The toy manufacturers will ignore her heroic fantasy or replace it with that for a boy.

This is an example of the way the media tell you what to think about or not, and Bell applied that to little boys as well. Many have apparently become enchanted with a TV show targeted at girls called My Little Pony: Friendship is Magic. Apparently these shows teach things like the importance of studying hard, working hard, looking good, and doing good. This is good to think about, right? The little boy fans call themselves “Bronies, pony bros, guys who like ponies.” Unfortunately, these boys are often condemned as sissies. Apparently, the media have not realized the commercial value of delivering the same constructive messages in an acceptably masculine way.

Bell was hopeful, however. Twittered outrage in behalf of feminine superheroes is raising consciousness in the movie and manufacturing industry. Walt Disney stores still decline to carry any feminine superhero toys, but they are compensating through capitalism. A few years ago, they acquired Mattell, which makes Barbie dolls, and they have just announced the release of a line of superhero girl dolls.

Bell encouraged the audience to buy them for little boys as well as girls. He said all the shoppers have to do is ask themselves one question: “Is this toy operated with genitals?” Quite simple, really. His idea is that in their role-playing through toys of the opposite sex, children will be working toward a future in which “boys and girls are equally respected, equally valued, and most importantly, equally represented.” We may be approaching that time. Christopher Bell received a standing ovation at the end of his talk.

So have you been thinking about this on your own, or is this another case of the media telling you what to think about? I’ve often thought it would be good for the feminine to escape the classic, fairy-tale-princess syndrome, but giving a boy of a certain age a feminine superhero toy is a bit of a stretch. However, a family reunion is coming up this month when I could give it a shot by giving a ten-year-old, black belt grand nephew a female superhero doll to play with. If it doesn’t fly, I could always say, “This was not my idea. It came to me from a media expert as a way to mediate the media.”

Or then again, would it be better just to turn more of the media off?

One Response to “The Word from a Media Watcher”