Probably every reader recognizes the first line of “The Road Not Taken” by Robert Frost. The most celebrated American poem of the twentieth century, it is about a moment of choice. New Mexico, perhaps more than any other state, is at such a moment. As modest as the state’s stature is nationally, the road it chooses going forward may have international significance.

This fork is symbolized by locations at diagonally opposite corners of the state. The one in the northwest is the historical park of Chaco Canyon, which covers about 53 square miles and is sacred to Native Americans of the region. In the southeast corner is the Permian Basin, which underlies Texas as well as New Mexico. It is currently the most productive oil field in the world.

One location represents the past; the other, a future in the making. Seemingly in the making, rather. New Mexico could choose a different road to fuel the future.

According to US News, New Mexico ranks 46th in the category of economy. It is heavily reliant on oil and gas taxes and revenue, which brought $2.2 billion into state coffers last year. In its zone of the Permian, there is reportedly access to 46 billion barrels of oil. According to the New Mexico Oil and Gas Association, this is “enough to meet the energy needs of the entire United States for decades.”

Nevertheless, oil and gas companies are lobbying virtually everywhere around the state to lease land for development. This includes federally protected land, and acreage surrounding Chaco Canyon is now a target. The noise, the methane pollution, and ambient light from rigs have alarmed the archaeological community. After all, as preservation archaeologist Paul F. Reed points out, “90 percent of federal lands in northwestern New Mexico already have been leased for development.” Isn’t that enough?

Will the state draw the line here? And will Congress help? A bill was recently filed in the House of Representatives that would prohibit drilling within 10 miles of the historical park, and this would protect about 316,000 acres. Last week, Democratic members of the U.S. House Natural Resources Committee met in Santa Fe in part to discuss this legislation. In attendance was Representative Deb Halland (D-N.M.), one of the two first Native American women to serve in Congress. Media coverage of this event significantly raised the issue’s profile.

And New Mexico’s new governor, Michelle Lujan Grisham, recently signed legislation committing New Mexico to a 100-percent carbon-free electrical power grid by 2050. Her goal is the investment of  hundreds of millions of dollars in a renewable energy future, which might create many more jobs and greater prosperity among the general population than would the drilling for fossil fuels.

But why is this even coming up when the riches accessible to great oil and gas corporations are so tempting? Perhaps it has something to do with the significance of Chaco Canyon.

“As close as the US gets to Egypt’s pyramids” is how an article in The Guardian of Great Britain described Chaco Canyon.  It once encompassed hundreds of communities with everything from  10-room dwellings to “great houses”  with hundreds of rooms. Some of the tallest buildings were 40 stories high and constructed with timber transported–who knows how–from forests as much as 50 miles away.

The construction skills of the Chacoans reached extraordinary heights, as archaeologist Reed writes:

In addition to building great houses, great kivas (religious structures), and huge earthworks, Chacoans engineered hundreds of miles of roads across forbidding terrain. They also constructed sophisticated astronomical features that enabled them to measure time and accurately track solstices, equinoxes, and lunar standstills. Chacoans were able to predict the movements of the sun and moon and various stars and planets. 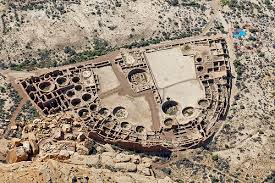 The Past as in Chaco Canyon

The Chaco story began in about AD 800 and ended around 1150 due to a drought that lasted for 50 years. As the climate became drier and more uncertain and the people in power–and especially in the spiritual community–could do nothing to mitigate the problem, order began to dissipate. Evacuation ensued, outlying communities first, the people taking building materials with them as they left.

Even in ruins, Chaco Canyon remains not only sacred to Native Americans of the Southwest but also precious to archaeologists who can foresee entire lifetimes dedicated to trying to discern its history. There are thousands of sites within the area yet to be studied.

Anyone who visits Chaco Canyon will likely attune to the concept of a sacred space. The silence, the vast reach of open land, and the energetic residue of ancient history seem to evoke a quiet, thoughtful space in visitors. The need for sacred space seems to have been part of human evolution, and we have been reminded just recently, by the burning of Notre Dame cathedral, how tragic its loss can be. 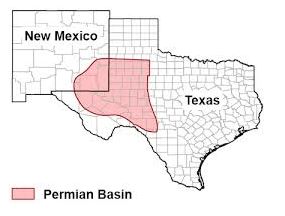 But now to the southeast corner of the state.The fact that the Permian Basin has surpassed Saudi Arabia’s most productive oil field provides a stunning new perspective. So is the recent announcement that Chevron will be acquiring Anadarko Petroleum, which has extremely valuable assets in the Basin.  But why not give all of the energy giants access to our extraordinary resources? 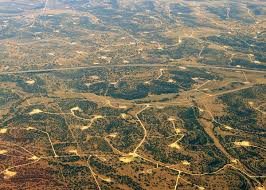 The Future as in the Permian Basin?

Well, for one thing, there are complaints that the fossil fuel industry is violating regulations that would control climbing methane emissions, considered an important factor in creating climate change. And partly due to the beauty of untouched landscapes, New Mexico has become the home–and especially in the state capital of Santa Fe–of ardent environmentalists.

In the mid-term election, Democrats reportedly “ran roughshod” over Republican candidates, taking control of the governor’s office and winning major statewide races. Under Governor Lujan’s leadership, the state stands on the threshold of becoming a national leader, along with California and Hawaii, in clean energy initiatives.

So how will this turn out? And by the way, there’s another significant new development. The young in New Mexico seen to be mobilizing in support of a global youth movement to advocate for environmental protection. Still largely sub rosa, is there a rising national interest in something beyond just making as much money as possible? Or making it in fossil fuels?

After all, the cost of energy from solar and wind is dropping rapidly, which will make it very competitive in certain areas. Many universities and churches are also idealistically divesting of fossil fuel shares. With clean energy and electric cars rising, banks may be getting a little leery of investments in the fossil fuel industry that may not be recoverable. There are also signs that investment firms and individuals are becoming more interested in technology and assets that address climate change.

Finally, in New Mexico the juxtaposition of Chaco Canyon and the Permian Basin reminds us of two things. One is that cultures come and go, and none are immune to changes as profound as the drought that figured in the abandonment of Chaco Canyon. Another is that America’s longstanding commitment to the exploitation of natural resources could soon hit the wall. I saw evidence of this on an ironic bumper sticker in the parking lot of Santa Fe Community College: “EARTH FIRST! We’ll pillage the other planets later.”

So here in New Mexico we have the protection of Chaco Canyon squaring off against development of the Permian Basin. And questions arise: What do we value most? Are there many other landscapes in this state that we want to preserve rather than develop? How important spiritually are untouched places in nature? “Time to think,” invite the ruins of Chaco Canyon. Two different roads to the future clearly diverge here and now. And back to the poem with which I opened, “the yellow wood” symbolizes fall coming in. What might that symbolize in this context?

5 Responses to “The Yellow Wood of New Mexico”