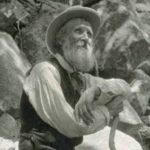 “Nothing dollarable is safe, no matter how guarded.”

John Muir was a Scottish-American naturalist, explorer, and conservationist who would become known as the “Father of National Parks” in the United States.  And with that term “dollarable,” he nailed the vulnerability of the natural world to the passionate consumerism characteristic of Americans.

THE PATRIOTIC SIDE OF CONSUMERISM 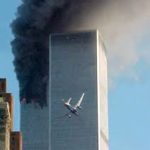 According to historian William Leach writing in Land of Desire, our distinctive consumer culture began to develop after the Civil War. Its cardinal features, he wrote, “are acquisition and consumption as the means of achieving happiness . . . and money value as the predominant measure of all value in society.”

Consumerism did not achieve vivid patriotic overtones until the attacks on the Twin Towers in 2001. In an effort to lift a traumatized nation, President George W. Bush urged our “continued participation and confidence in the American economy.” This involved energetic spending, of course, and it worked. The recession that had begun in March came to an end in November.

The patriotic overtone of consumerism was based on the idea that a vibrant economy creates millions of jobs for the financial benefit of citizens while also empowering America internationally. And there has been an underlying assumption that our economy can expand perpetually.

However, the COVID-19 pandemic has certainly stymied consumerism. It has also confined us to quarters, providing an unwelcome opportunity to rethink our assumptions.

THE CULTIVATION OF COMMERCIAL CONSUMERISM

Shopping in stores and malls has long been a form of recreation, especially for the feminine, and the current inability to enter is kind of depressing. Of course, online shopping is flourishing as never before, but we miss socializing on the ground. And we are constantly plagued with enticements to buy even more through ads on TVs and computers and in radios, newspapers, magazines, and the mail, etc.

The American advertising industry exhibits real genius in cultivating a kind of herd mentality about how we should look, what we should acquire, where we should live, how we should entertain ourselves, etc., while seducing us into eating and drinking products that don’t always promote good health. It creates a “go along to get along” mentality that can result in hefty debt as well as jobs. 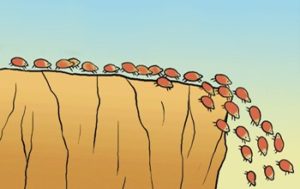 I’m especially aware of this relative to tech products, with the constant pressure to acquire the latest and greatest, much of which seems more like toys than essential tools. I sound like an elderly grump, but if I had talent as a cartoonist I would create an image of a pack of lemmings flying off a cliff, each staring at a selfie in its smartphone. (I realize that lemmings aren’t suicidal; I’m just accessing herd error about the nature of lemmings.)

It helps to have a sense of humor about how passionate consumerism is cultivated in humans, but it also has a dark side.

America was kind of clean slate when European immigrants began to invade in large numbers in the 1600s. We still have beautiful landscapes, but it is hard to imagine the pristine environment when it was populated only by Native Americans, and of course we immediately began to alter it and continue to do so minute by minute.

We exploited this world, actually–its resources in water, forests, wildlife, minerals and fossil fuels, rich soils, building materials and on and on through an all-out consumerism that has never been duplicated.  Fortunately, we are becoming daily more aware of the environmental damage and pending consequences. Again, time to rethink, says COVID. I have done a lot of this ever since weekend visits to my sister’s country home began in the spring.

ESCAPING TO THE COUNTRY

The escape to the open landscape about 80 miles south was a welcome relief from the constant political din in Santa Fe. As I helped Kate with maintenance, I realized that the physical labor can be a form of therapy. It wasn’t just the exercise; it was also the gratification resulting from simply “making things better.”

We cleaned up her huge barn and took countless bags of weeds pulled, whacked, and mowed to the transfer station. After cleaning out the beds around the barn, we planted the “Three Sisters” (corn, squash, and beans in indigenous culture) and groomed her pond. On harvesting the produce later, we put mulch down into the tidied beds.

As I worked, I thought about the huge challenges facing our country and the world. I know that the health of our economy is paramount in our politically fractured nation, and it would be great if patriotism enlivened by something besides war could unite us.

In fact, I decided that it is time to look beyond our own national interests to those of humanity in general, and beyond that even to the well-being of this planet. I am imagining a collective commitment to go beyond avid consumption of our natural resources, as in perpetual taking, to embrace ways of giving back. 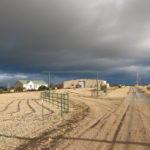 Next spring, Kate and I will start working into the soil the worm compost developing in her barn, and that’s an example of the small scale that can compound into universal benefit. Maybe it’s a feminine inclination–to substitute restoration for empire-building, and perhaps the long-term effect will be to enable our species to fulfill even larger potential.

Amazing what comes to you as you work in the dirt. An earthworm dangles from weed roots, the skin of a renewed snake appears, an alarmed lizard runs to safety, and a dead sunflower stands untouched (at Kate’s order) to feed the birds with its seeds. This kind of activity takes one so far beyond the classic focus on what is simply “dollarable.” The view is precious beyond all telling.

4 Responses to “Time to Think beyond Consumerism?”