Will all this new technology lead to the moral decay of society? The killer in Timebox  thinks so.

The aptitude for storytelling and writing expresses in many ways in the Heath family line. Now cousin Merrill has broken new ground with his novel, Timebox, which was published just a few days ago. Merrill’s focus has long been on detective stories, and now he has written a thriller inspired by–guess what–artificial intelligence! 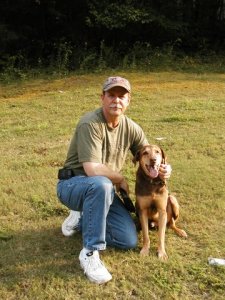 Merrill has degrees in public relations and journalism, but his career has been in information technology (IT), so he knows the field. Here he pitches us into a possibility that could be imminent as a result of the speed with which technology is advancing.

A company named Synergistic Escapes, Inc. (SEI), has developed a pod via which an individual can enter a virtual reality. A few carefully monitored hours may amount to days in another time and another place that have been impeccably constructed through collected data. As I said, Merrill knows this field, and as he subtly supplies detail about how this could happen, it becomes entirely credible.

So where might you go on a pod trip? How about an exotic vacation where you could have a “harmless” romance? Or would you like to go back in time to be with a loved one who has died? And if you had a medical problem, would it be appealing to re-experience a time when you were well? What if that actually helped you heal?

These scenarios represent some of the many subplots in Merrill’s book that keep it moving at an extremely fast pace.  They involve not only pod visitors but also corporation executives and staff, law enforcement, and a mysterious fringe character. Being a good writer of fiction has a lot to do with being an acute observer, and Merrill has this gift on two levels. The dialog is pitch-perfect, and he really knows human nature so that his characters in their failings, their hopes, and their temptations seem like people the reader knows–all except one, that is.

The most unsettling part of Merrill’s book is the way it repeatedly invites the reader into the mind of a murderer. A technician at SEI whose damaged psyche is outraged by illicit feminine adventures in virtual reality, he becomes a serial killer to punish them. The overall plot is a race against time to identify and stop him.

The killer may have a bizarre sense of morality that horrifies the reader. However, the plot line repeatedly suggests that advancing technology could be a threat to what we know as responsible, “right,” and in the best interests of society and maybe even humanity. Engaging as it is moment by moment, the book is thus thought-provoking in a way that endures.

Merrill wrote this story in four parts, and I got to read each one as it neared completion. When he sent me Part IV, I fully intended to read it in combination with other things I needed to accomplish that day. Things didn’t turn out that way, however.

It had been months since I read Part III, but the characters were still with me, and it was immediately clear that the complex interweaving of plots was speeding toward resolution. “How is he going to pull this off?” I wondered. Soon that objective distance vanished though, and all I could do was keep reading. The suspense was nerve-racking, the climax blistering but also embedded with a lure. There must be more techno-thrillers to come.

As I read Timebox over all those months, I also kept thinking what a great television series it would make.  The story line possibilities are endless, and the associated issues would also be very timely, pardon the pun. I hope I’ve inspired you to judge for yourself. All four parts of the novel are now available as ebooks. You can order on Amazon.