And how are you feeding your need for heroism, dear reader?

I see in the newspaper this morning that the United States has launched a new offensive against ISIS in Syria by targeting operatives with armed drones. This strikes me as trying to fight an infection one germ at a time. The reason? The infection afflicts all of mankind.

I just learned this from a book that had been recommended by a friend who is a retired physician. It sat on my “to-read” pile for about four years, because the title, The Denial of Death, wasn’t too fetching. Timing is everything, though, and I was moved to pick it up a few days ago and finished the last page just hours after seeing the ISIS news. Now I understand those men a tiny bit better. 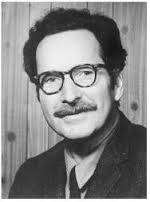 Not that this book by the cultural anthropologist Ernest Becker, PhD, which was published in 1973, had ISIS in mind. Incorporating many insights of pioneering psychoanalysts, it won extraordinary acclaim for Becker’s perspective on the consequences of humanity’s refusal to accept our mortality. Evolution has elevated us above all life on earth, and yet we too inevitably become “food for worms.” The truth is horrifying.

Becker follows a very long trail to show how fear of death has caused man to create a hero system to transcend it. Hero stature can be achieved through things like acquiring great wealth, gaining fame through the arts or sciences or any other field of endeavor, championing a deity, or defeating an enemy. Heroism in these terms is interpreted as a bid for immortality that buffers the reality of death.

Of course I read Becker’s book as a woman, and I often felt left out when the words “man” and “mankind” came up, because they seem to attach to a reality that does not entirely coincide with mine. I don’t think many women feel that our central calling on the planet is to be heroic, but we too experience hero adulation. Just recently, the heroism of the three young men who subdued the terrorist on a French train seemed to give all of America a badly needed psychic boost.

With regard to physical heroism, there is nothing we admire more than a man who deliberately puts himself in danger as though to defy death itself. And if he kills someone else in the process, this is acceptable. Psychoanalyst Otto Rank is quoted in this matter:”the death fear of the ego is lessened by the killing, the sacrifice, of the other; through the death of the other, one buys oneself freedom from the penalty of dying, of being killed.” This calling to the heroic leads to the wars, the revolutions, the general combativeness that incessantly afflict civilization and create what Becker describes as “an overwhelmingly tragic and demonic world.”

So this brings us to ISIS. Becker used a phrase in his book that immediately brought them to mind. He referred to “a rage against . . . impotence” that turns men into killers. When one thinks about the West’s invasion of the Middle East militarily, commercially, and culturally, it is possible to imagine the impotence that the traditional, male Islamists must feel about the destruction of a way of life. The members of ISIS have retaliated by committing acts of aggression that we condemn as barbaric, sadistic, and evil. At the same time, we realize that they imagine themselves to be heroes, in some cases denying any fear of death through attacks that are suicidal.

The abominations they commit seem inhuman, and yet we know the terrorists are human–misguided certainly but human. So how can this be? Interestingly enough, Becker’s analysis of the Charles Manson family seems to relate to the allure of ISIS. Manson’s followers illustrate what can happen when people form into a group under a leader whose commands relieve them of responsibility for their actions by turning them, in their own minds, into heroes. Apparently, the members of the Manson family believed that the 10 murders they committed would precipitate an apocalyptic race war that would transform the world. They imagined themselves as acting heroically, and their victims were sanctified in their own minds as holy offerings.

Within ISIS there doesn’t seem to be any one living individual playing the role of supreme leader. Instead there are probably a number of operatives who command in the name of Allah and Muhammad. If they turn rape into a theology or order the murders of innocents, followers can perform without guilt because they are functioning as heroes in their own minds on a mission to “purify Islam.” 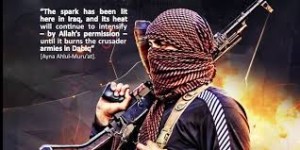 ISIS seems new to us not only in its brutality but also in its canny use of social media to recruit and to keep a fascinated world aghast. But ISIS is not new; Becker’s book shows that it is simply a new chapter in a very, very old story. And how will its members deal psychically with the attacks by the drones? After all, the ideal of heroism has always seemed to depend on the closest thing possible to hand-to-hand combat. Being harassed by an unmanned mini-airplane with remotely controlled weaponry must surely challenge that ideal.

And what about the men guiding the drones from a distance? There have been articles on the heavy toll it takes in terms of fatigue and stress because of 10- and 12-hour days at a computer when distance does not spare the operator the emotional impact of taking a life. Because they monitor the drones so closely before, during, and after an attack, operators get to know their targets and will see the grisly aftermath of a successful attack.

Also, what about the psychic toll of killing safely, of killing absent the danger that creates the hero? Do the men on our side feel diminished by warfare that seems too close to a video game? Will the men on the other side be even further enraged by their impotence in the face of these attacks? Could the need on all sides for the classic heroic confrontation turn the world into the proverbial charnel house?

Ernest Becker may have known that he was dying with colon cancer as his book approached publication in 1973, and it was awarded the Pulitzer Prize two months after he passed away at age 50 in 1974. He reportedly faced his death bravely. Whether he was hoping for immortality through his work is unknown, but it is greatly honored for all it gave us to think about. I will share more of that in my next blog.

5 Responses to “What ISIS Isn’t”