How wonderful to discover a book that helps make sense of this moment in human history!

The book I am referring to is Living in the Borderland by Jerome S. Bernstein, a Jungian analyst. I started reading it after learning that he will be giving a talk in Santa Fe later this month, and it is one of those rare books that make the heart beat fast over a timely idea. I could hardly put it down, and it left me hopeful about the potential of this rather scary juncture in history.

The perspective provided was kind of like being invited to climb up a very tall mountain and look down on about 3,000 years of human history. What Bernstein revealed below is how man has evolved. Then he proceeded to provide a thread that the imagination may follow to see how we will  evolve. The Borderland, as described by Bernstein, is a spectrum of reality through which change will come. The imagined potential lies in one simple statement: “Psyche evolves as much as biology.” 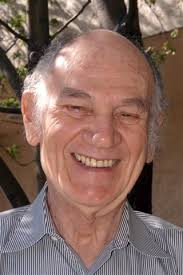 The Borderland is simply a quality of consciousness in which the agents of change dwell. Bernstein embraced the term when it was introduced to him in a session with a patient named Hannah. She lives in the Borderland, as do many others who eventually came to Bernstein in search of counseling. They are individuals who have experiences with a quality of knowing beyond the rational. This often comes through a profound connection with nature. Such individuals not only appreciate its beauty but are also spiritually connected to it, and they have tremendous empathy with all its forms. Many are now deeply grieving for the natural world. This has been viewed as a form of psychopathology, but Bernstein rejects this hostile stance.

There was a time when humans felt a part of nature, as we know from ancient art and the remaining spiritual practices of indigenous cultures. Bernstein finds the origin of our separation from nature in God’s instruction in Chapter 1 in Genesis: “Be fruitful, and multiply, and replenish the earth, subdue it: and have dominion over the fish of the sea, and over the fowl of the air, and over every living thing that moveth upon the earth.” Now we are at a point, according to Bernstein, when the degree to which the western mind has embraced this concept threatens our own survival.

He does not condemn the Bible but sees the first chapter of Genesis as the means by which we made a huge evolutionary leap. And what was that? Carl Jung identified it as the emergence of individualized identity.

Prior to that time, group consciousness dominated, because everyone had to be dedicated to the well-being of the community simply to survive. In New Mexico that tradition has endured in pueblo cultures. It grew out of  a tremendous connection with nature with which Native Americans related daily and ceremonially through rituals, offerings, dances, and communion with a wide variety of godheads often in the form of creatures.

Through Genesis, however, there emerged a concept of the one and only God in whose image man had been made. This god had a personality, requirements, and apparently a need to relate to humans on a one-to-one basis. This could not happen through collective consciousness; it could only happen through the emergence of the concept of the individual.

The individual had special interests, gifts, vision, and ambition, and thus the accomplishments of mankind snowballed in the fields of art, science, commerce, and conquest. The western ego that developed was eventually enchanted with technology and a drive to dominate that seems to have resulted in unintended consequences–like overpopulation, pollution, the extinction of species, and enough nuclear bombs to bring all life to an end.

In short, the arrogance and lust for power and wealth that emerged from individualism may well bring us to a dead-end unless we do make another huge evolutionary leap. How could this happen? Bernstein proposes that it would come through the proliferation of the Borderland psyche.

In fact Bernstein notes that it has been proliferating rapidly beginning in the 1960s. He doesn’t see it as a regression to the collective consciousness of pre-biblical times but as an opportunity to advance in a new way. As nature changes, which it seems to be doing very rapidly whatever the reason, humanity will have to adapt whether we want to or not. We would co-evolve, so to speak, and this happens often in nature. An example is given of the giraffe, which grew a long neck to feed off of tall trees, which caused the trees to grow even taller in order to survive.

We would have to pay scientific attention to what is going on, but if more and more people also began to tap into Borderland consciousness, a spiritual connection with the natural world would be restored. The exciting possibility is that the human psyche would evolve to such an extent that the dominion we exercise over all the creatures of the earth would become benign as opposed to ruthless.

Of course there is much more to Bernstein’s book than I have touched on here, and it includes a number of case studies of individuals who live in the Borderland, so to speak. The implication is that most of us begin life with a toehold in the Borderland. However, no one wants to be considered “odd,” and so that ability typically shuts down by about age seven. When I continue, I will go into more detail about the wonders that exist in the Borderland.

One Response to “Will Nature Compel the Psyche to Evolve?”